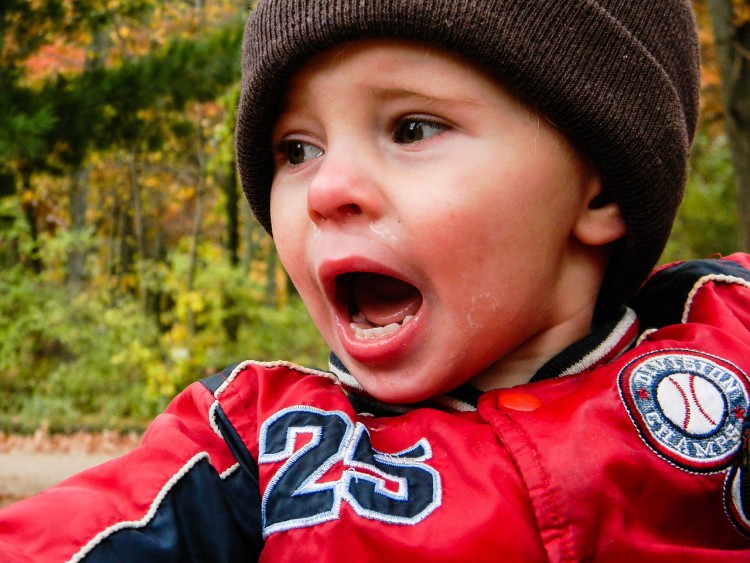 “Oh, what a cute game!” We exclaimed as our new daughter threw herself backwards over and over again while we held her. Some of the other babies in our adoption group were playing the same repetitive game, and we all laughed at their antics. When we were home with our daughter, she continued to play the game with anyone who held her. The rules were the same. Someone would pick her up and she would arch her back, roll her eyes upward, and then thrust her body away hard enough that you had to quickly throw your arm behind her to keep her from falling.

As time wore on and experience set in, we eventually learned this common body language from a young adopted child is not a game at all, but a silent message sent by a child who is desperately trying to get away from the arms that are holding her.

Adoptive parents often overlook, misinterpret, ignore or miss early signs their child is struggling to attach. Even parents that have other children, as we did, often miss the signs for various reasons. Perhaps their other children were biological without attachment issues, or their previous adopted children displayed different behaviors, or they simply never received the education necessary to recognize the signs at all. Though each child with their own distinctive personality and experiences will show various behaviors to signal their attachment difficulties, perhaps sharing some of the specific signals our children sent to us will help you recognize similar behaviors in your child who is trying desperately to send you a message.

Many of the issues we faced with both of our daughters could be categorized into some general areas even though our daughters’ expressions of those issues varied greatly. The basic categories which were often the most significant measures for how our daughters were adjusting and attaching could be summed up as follows:

While symptoms and signs of difficulties in your child can vary widely, it is simply important that adoptive parents learn to recognize general clues that something is not connecting in their child so that they can seek the help needed and help their child heal and bond as fully as possible. As in so many other areas as parents, we often allow our own love and feelings of attachment to our child to blind us to any difficulties they may be having, finding it hard to acknowledge our children may not feel as close to us as we do to them. It is not just important that we as parents are comfortable with their progress and our level of bonding to them. We also need to diligently educate ourselves to the sometimes subtle signs that our children are not grasping the great, complex web of interactions that forge the bonds of attachment with us. Perhaps the basic experiences shared here will be one step in the process to bring you closer to understanding the depth of your child’s struggle to come out into the light and participate fully in the intimate relationships of family.

As Luck Would Have It