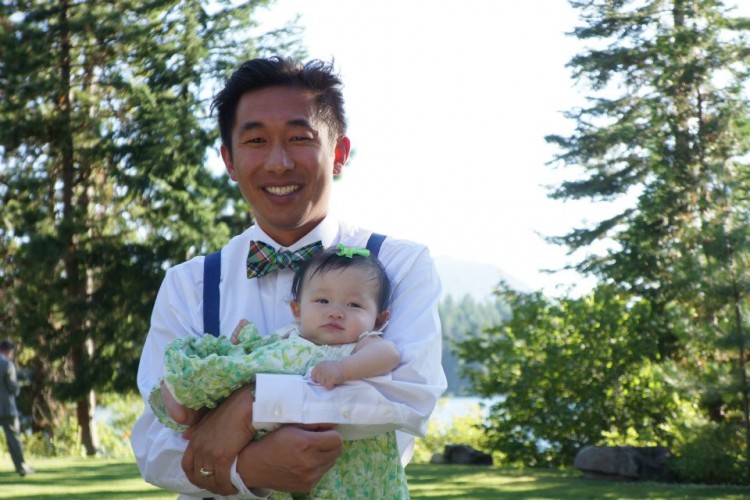 I was abandoned in the latter half of 1977 in Jeonju, South Korea. No name, no parting gifts or pictures. Just a 7-month-old baby boy left at a police station.

Who knows why I was left? Maybe my first mother was a single mother who didn’t have the support to fight the stigma and hardships that accompanied the label “single mom.” Maybe I was the last of multiple children in a family that simply couldn’t afford to feed one more. Or maybe sudden illness or death struck my family and the only option was to let me go.

It’s all speculation and I’ll probably never know what actually happened, but here’s what I know for sure. The police took me to the local orphanage where I’d do what infants do — cry, eat, soil diapers, and sleep — for a few months before I was sent to live with a foster family in Seoul.

Then, in May of 1978, my number was called and I was on the next flight to the U.S. to be adopted into a small farming community in Iowa. Mom and Dad raised me with all the benefits of middle class life. I had a loving family, graduated from college, got married, had a child, bought a house, earned a graduate degree, and enjoyed steady employment. Often times when people hear my story, their first inclination is to express how lucky I am to be adopted, because without adoption, none of this would have happened.

I have two problems with this.

First, while technically true, it’s unfair to attribute my state in life to adoption. It would be like responding to any modestly successful person’s story with “you sure were lucky to have been born.”
Second, being labeled “lucky” minimizes my unique Adoptee struggles and joys while simultaneously obscuring the equally valid bad luck in adoption that’s shaped the person I am.

To be fair, I’ve had great luck throughout most of my life and everything I am today — good and bad — is the result of my abandonment and subsequent adoption. But lurking in the statement “You’re so lucky to be adopted” is an implication that adoption is an unequivocally positive one-time event that’s brought me nothing but good fortune. It’s not that simple.

Sure, adoption has given me a lot, but it’s been challenging, as well. For example, let’s take a snapshot of my life from my time in Korea to when I landed in Iowa. At first glance, this image represents a joyous occasion and the chance for new life. I was lucky that my first family had the capability to leave me at a police station where they assumed I’d be cared for. I was lucky there was any sort of social services system to provide me permanency. I was lucky I ended up with a great family who supported me as best they could. But if you look closer at the snapshot, you begin to see flaws and areas that are out of focus, perhaps touched up to hide imperfections and blemishes. I was unlucky to experience the loss and trauma of abandonment that no one should have to endure, much less an infant. I was unlucky to have immigrated thousands of miles away from my homeland to a place where no one looked like me. I was unlucky that my first family tried so hard to raise me for seven months, only to realize it could never work as I was left alone outside a police station. These simple examples from a small piece of my ever-evolving adoption story demonstrate the blurriness that people overlook when they call me lucky.

The reduction of the Adoptee’s life as a stroke of luck leaves little room for exploration and discovery of the complexities of our existence, both within ourselves and with the people we love.

Unfortunately, it’s this reduction that many adoption conversations start with, and as luck would have it, often shuts down potentially powerful and connecting conversations around who we are and the struggles that created us.

Was I lucky to be adopted?

I guess it depends on how you look at it.

Either way, it’s important to think critically about using “luck” to describe or respond to anyone who has an adoption story to tell.

He is Kind and Respectful and He is Aging Out.

Adopting our Child of God's Grace