The Presence of Absence 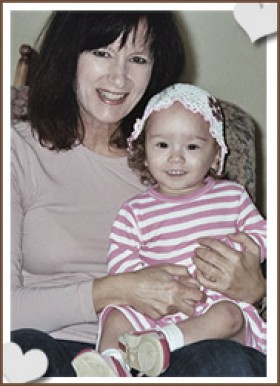 As a single parent, ready to embark on my second adoption journey, I knew I had a long, emotional road ahead of me. My son Mitchell, adopted at birth 12 years ago, was 11 when I asked him how he would feel about adopting a little sister. I knew if he wasn't 100% ready, I wouldn't be able to proceed. We talked about the pros and cons of having a sibling and what it would mean to our family. Mitchell decided he wanted to sleep on it before giving me his final answer. The next morning his first word was YES!

With my son as my main support, I completed the application for the Kazakhstan program through Children's Hope International and we waited for approval before telling the rest of the family our plans.

Depending on which country is chosen, the wait for your referral can be excruciatingly long. I tried to prepare everyone for the long wait but after just a couple of months, the Have you heard anything? started. Mitchell was hoping his sister would be home by Christmas, but the holidays came and went without word. I knew our paperwork was making its way around the world but the waiting became harder and harder to bear.

Soon after we became a part of the Children's Hope family, I had access to their Waiting Children website. This allows you to see some of the hard to place children. Although I had requested a child with only mild medical issues (preferably healthy), it became a daily ritual to view the children posted on the website. In January 2007, it finally happened. There was a picture of a tiny and frail little 13-month-old girl. The short description of her said: difficulty of movement in her left leg. The pictures showed her standing and receiving help as she tried to walk.

Something tugged at my heart, and I immediately sent an e-mail to Children's Hope requesting her medical information.

Reviewing a Medical, a Life-Altering Decision

After a very long wait (it was only two weeks!), I received a one page medical. Her name was Karina and she was born on November 7, 2005, premature, although it was unclear as to how premature. When she was 7-weeks-old, she was taken to the Baby House of Taldykorgan. I later found out she weighed only 2 pounds at birth and was so frail when she reached the orphanage, they didn't think she would make it. The report mentioned a few medical problems but didn't give a real diagnosis on anything. I discussed her medical at length with both Jeff Morris and Anna Rister of Children's Hope, with my son's pediatrician and with my family. It's so hard to know what to do without having the child in front of you to hold and observe. I listened to everyone's thoughts and opinions and decided to just follow my heartI knew I had to bring her home.

After making such an important decision, we then had to wait a couple more months to receive our travel dates. This process can really test ones strength and patience!

Once we arrived in Taldykorgan, we had one day to rest before the big day. Our CHI representative, interpreter and driver were with us the whole day as we met the officials of the city before receiving permission to visit the Baby House.

When we arrived, we were escorted to a room to wait some more, until finally Olga, our Children's Hope representative, brought Karina to meet us. I had heard a lot of different things about what to expect during the first meeting but nothing really prepares you for it. Mitchell and I sat on the floor looking at her in Olga's arms and she intently stared back - no tears. I guess she decided we were safe because when Olga put her down, she crawled right over to us and started touching Mitchell's face and then my own. After that first moment of hesitancy, it was as if she had known us forever. We started our 14 day bonding period right then and it didn't take long for her to become excited when she saw us walk in and then start to cry when it was time for us to leave.

Our three week trip turned into six. For those six weeks we went to the Baby House twice a day to visit with Karina and the rest of the babies in her group. Both Mitchell and I became attached, not only to Karina but to the other babies as well. All their faces would light up when they saw Mitchell walk inthey knew it was play time! They were always happy and laughing when we were there and Karina loved being able to play with the others while we were there to watch and join in.

After our court date, we went to say our goodbyes to Karina. I knew she didn't know what was happening, but we did and it was very hard knowing it would be four to six weeks before I could bring her home. On June 22 we arrived home...and she has been ruling the household ever since!

I took her to the pediatrician the first week home and then to an orthopedic doctor to find out what was wrong with her leg. Guess what? Her left leg works just like the right leg and she is not only walking on her own but she is now running! Both doctors have declared her healthy other than needing to catch up with regard to her height and weight. She is still very tiny but she doesn't notice it and thinks she is one of the big kids.

At Home with a Family

Karina loves pre-school and is coming up with new words every day. She has a wonderful relationship with her brother and they love to make each other laugh. Her new extended family gives her undivided attention and she has become quite the showboat when all eyes are on her.

I hope that anyone that is thinking of or is in the process of international adoption knows that it is a long, emotional and sometimes rough road but when you meet your son or daughter for the first time, all of the waiting and emotional highs and lows that you have experienced slip away and quickly become a distant memory.

There isn't a day that goes by when I don't think of all the babies we left behind. I hope and pray it doesn't take long for them to find their forever families. Keep looking at the Waiting Children's website while you wait for your paperwork to be processedyour son or daughter could be there waiting for you!