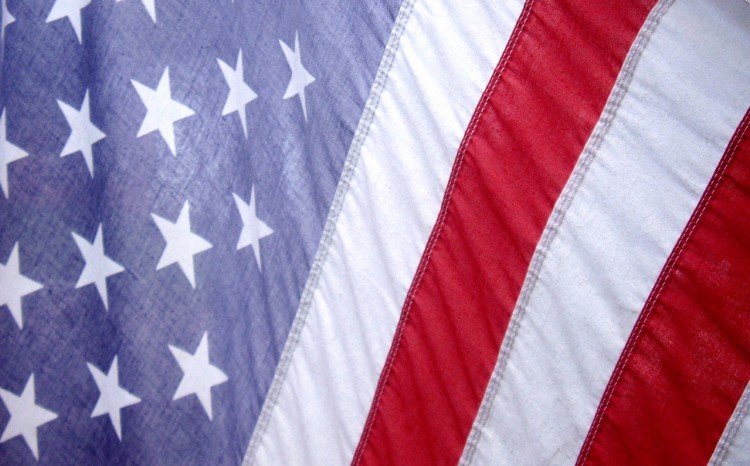 My wife and I have two children adopted from Korea, and we’ve both been very involved in the local Korean-American Adoption community. From time to time, we’ve been asked questions by other parents that touch on this issue, and my wife keeps telling me that I need to write a post about this. So, for this post, I’ll depart from my usual legal topics to write about something else that is very dear to my heart. By the way, the answer to the question posed above is a resounding “yes!”

You may have heard stories about international adoptees who came to America as children, and later faced deportation–either because their adoptions were never finalized or they never officially became U.S. Citizens. One such story widely reported involves Adam Crapser, a Korean-American who was later abandoned by his U.S. parents, and whose adoption was never finalized. After a life struggling with joblessness because of his lack of immigration papers, homelessness and crime, Mr. Crapser–now a 39 and a married father of three–is facing deportation because he’s not a citizen. You can read more about his story here. Even though Mr. Crapser’s story may be the exception, rather than the rule, I am surprised to hear when parents tell me that they haven’t yet sought the Certificate of Citizenship.

Internationally adopted children whose adoptions were finalized after February 27, 2001, automatically become U.S. Citizens if the requirements of the Child Citizenship Act of 2000 are met. The USCIS has an excellent summary of the law (in plain English) here. The U.S. State Department’s website also has some useful information about the law here.

Even though a Certificate of Citizenship is not required, I highly recommend you apply for one on behalf of your children. You can find the application on the Department of Homeland Security’s website. As I said above, both of my children were adopted from Korea. Even though they both automatically became U.S. Citizens when their adoptions were finalized, I had a tremendously difficult time obtaining my first child’s Social Security Number because I made the mistake of failing to obtain a Certificate of Citizenship before applying for the Social Security Number. Below is my story–an odyssey really–of the bureaucratic red tape I encountered because I did not have a Certificate of Citizenship. It is reposted from a blog my wife and I wrote about adopting our first child. [It has been edited to maintain privacy, but it is otherwise my post from February 12, 2010].

Red Tape and the Need for a Certificate of Citizenship

Pursuant to the provisions of the Child Citizenship Act of 2000, our son officially became a US citizen when his adoption was finalized in the US. In other words, he automatically became a citizen when the Surrogate signed the order of adoption. Now that he’s a US citizen, one would think it would be pretty easy to get a Social Security Number, right? Not so (for us anyways).

I knew we’d need to have our son’s SSN so we could claim the adoption tax credit in this year’s taxes. First, I should note that the forms on the SSA website are not exactly designed for someone in our situation. Since I had some questions about how to fill out the forms, given the fact that our son was an international adoptee, I tried to contact someone at the SSA who could answer a few questions for me.

One has no chance getting anyone on the phone at the local number. The line is always busy, and gets forwarded to the national SSA number. After navigating the phone tree, I finally reached a human being on the other line. Before I could proceed any further, however, the woman on the other end asked me for a social security number . . . . . What? Let me explain why I’m calling. She actually asked again for my son’s social security number! When I was actually able to ask my questions, I was told that they were not allowed to answer specific questions (What???). She then suggested that I “hire a professional forms preparer, like an attorney.” (What the . . . .?).

Not having had any luck getting anyone to answer any of my questions, we decided to go in person (all three of us) to the Social Security Administration office downtown. We brought all of our original passports, my son’s green card, adoption certificate, certified adoption order, etc. After waiting for a while with a 2-year-old, our number was finally called. It was apparent that our son actually didn’t need to be there, but we had him there just in case. The service representative made certified copies of all of our original paperwork, and completed the SS-5 form on the computer. When we were done, he gave us a letter that said we could expect to receive our son’s card in about four weeks (but he told us that we should actually expect to receive it within 7 to 10 days). That would be perfect, because that would give us plenty of time to have the number in time to do our taxes . . . . or so I thought.

After a week, no card.

Four weeks, and still no card.

Finally after five or six weeks (I can’t even remember now), I tried to contact SSA to find out why there was a delay. As happened previously, I couldn’t reach anyone locally, and nobody at the national office would help me. Out of desperation, I contacted Louise Slaughter’s office (our congressional representative). The person at this office, was actually quite helpful and tried to put me directly in touch with a manager at the local SSA office. Within 24 hours of contacting Louise Slaughter’s office, I heard from a manager. It turns out they lost our paperwork. The only paperwork in the file was the SS-5 printout. “When were they going to let us know there was a problem?” “Eventually somebody would have called us” was their response.

So, I took time out of my day to trudge back over to the SSA office and let them copy my original documents again! (This is also a reason why you should never, ever, let anyone with any federal or other agency keep any of your original documents–let them make certified copies!).

A few more weeks go by, and still no card. I tried calling the local SSA office using the manager’s number I got as a result of contacting Louise Slaughter’s office, and now even those calls were not being returned. Out of desperation, I again headed over to the local SSA office to try and get someone to help me. After spending over two hours there, and now on my third or fourth person (including two who rather insensitively and incorrectly told me that my son wasn’t a citizen yet), I finally got someone to help me.

She explained to me that the problem was actually with the Department of Homeland Security. Apparently DHS was not able to confirm that our son was actually the person who lawfully entered the country with the name on his green card. Duh! His name was legally changed when he was adopted. The certified copy of the adoption order has BOTH NAMES and explains that he will be going by the new name.

{Editorial Note: This was just after DHS let the underwear bomber board a plane using his name–which is a name on a terrorist watch list. Therefore, it is probably too much to ask, to have this same agency determine that a 2-year old who legally changed his name is the same person as the 10 month old who entered the country using the name on his green card}.

Anyway, the SSA representative explained how she would send a paper request to DHS and try and get the approval from DHS, so SSA could issue the card. She also gave me the super secret manager’s number that doesn’t go to voice mail if anyone wants it . . . . they have to pick it up!

At this point, I’m starting to really get pretty ticked (I also got a parking ticket because I was there as the SSA office was closing, so if I left to put more money in the meter, I wouldn’t be able to get back into the SSA office, and all the time I already wasted, would have REALLY been wasted). I next tried to contact DHS to try and figure out what the problem was.

Perhaps not surprisingly, DHS was equally as unhelpful. I decided that the only way to “fix” this problem was to get a certificate of citizenship even though our son should theoretically not ever need this document. In order to get this document, I needed to provide copies of all the same documents I provided to SSA (which SSA in turn sent to DHS already). And, of course, you need to fill out a form, and pay the government another $420 fee (on top of all the other fees I already paid for the other immigration documents).

In an effort to minimize any other problems, I made an appointment to do this at the Rochester satellite DHS office. I thought I would be able to sit down with a representative and explain my situation, and show them all of my documents. Wrong! When I got there there were two reps sitting behind thick glass windows with small circles to talk through (and you could barely hear them and they could barely hear you–especially if there is an elderly person who only speaks English as a second language talking very loudly to the rep next to you) and a little slot to pass papers back and forth (even though the side was wide open and I could very easily walk around the counter . . . .). And, the counter space was about 4 inches wide and I could barely spread my files out.

Once again, I was told that my son was not yet a citizen and that was probably why DHS could not confirm lawful status to SSA . . . . Idiots!

Anyway, I submitted my forms and continue to wait . . . . for both DHS and SSA. I’ll keep you posted as to what happens.

The moral of the story so far is that if you are the parent of a child adopted from another country, you must get the certificate of citizenship. Even if you don’t think you will need it, there are many, many misinformed bureaucrats out there, and you need to do everything you can to ensure that your child doesn’t have to face the red tape and hassles I’ve faced here (especially when they are older, and you might not be around to help them). I know another family that adopted a child from the same country through the same agency a year earlier. It was smooth sailing for them at the SSA, and they have yet to get a certificate of citizenship. I did everything the same, and we have had nothing but . . . . well nothing has happened and we’re still waiting for an SSA, nearly four months after applying.

Peter J Weishaar, Esq. is an attorney from Rochester, New York and an adoptive father of two from Korea. He is the editor of Rochester Law Review, a legal blog focusing on legal developments, cases of interest, and events happening within his area of practice (complex commercial business litigation matters).

Hope and Homes for Children

Meeting the Challenge to Not Miss Out