You’re finally home with your new adoptive son or daughter, and nothing can send you through the roof faster than the idea of doing more paperwork. When the topic of re-adoption comes up, most parents would do anything to avoid additional paperwork and court proceedings. Many parents question if re-adoption is necessary, required, and how to do it should they choose. What is readoption, and should you be concerned about it?

Re-adoption is the process in which a U.S. court reviews the international adoption and issues a new adoption decree that is independent from the foreign adoption decree. This process is also sometimes called court validation or domestication.

In the U.S., adoption laws vary state-to-state. Currently about half of all states fully recognize a foreign adoption decree. The other half either require re-adoption or have no laws regarding international adoptions. These states will often require that you do a re-adoption in order to obtain a U.S. birth certificate for your child, which is often needed when registering for school and at other times as your child grows. Re-adoption is also required for any families who adopt outside of the Hague convention when only one parent travels to adopt the child. These adoptions are not considered final, and so re-adoption or adoption finalization is required before your child can apply for U.S. citizenship.

There are several reasons to consider re-adoption, even when it is not required. First of all, readoption is the only way to secure a legal parent-child relationship under U.S. law. Due to the discrepancies in state laws, your foreign adoption decree may or may not be recognized depending on what state you live in at the time. This can cause problems if you move to a state that does not recognize a foreign adoption decree. Every state must recognize another state’s adoption decree, so having a U.S. issued decree can provide universal recognition of the adoption anywhere in the States. Secondly, Federal programs, such as Social Security, are often based on state laws of adoption. This means that, in this example, the Social Security office in certain states may require a U.S. issued adoption decree rather than an international adoption decree in order for a child to receive benefits under his or her parents. Lastly, a U.S. adoption decree is practically helpful in that it is originally in English – so there won’t be questions about the integrity of the translation – and it also clearly states the legal name change of your child.

Unfortunately, many families put off re-adoption or don’t realize they need to do it until it is absolutely necessary – such as when their child applies to college, applies for social security benefits under a parent, or when inheritance decisions are questioned after the death of a parent. It is much easier to get the re-adoption done and out of the way early on in the adoption when all the foreign adoption paperwork is at hand, and to have the U.S. decree if it is needed.

How does one do a re-adoption? Start by checking with your home study agency to see what your state requirements are. Often your agency can assist with the process, or recommend someone who can. 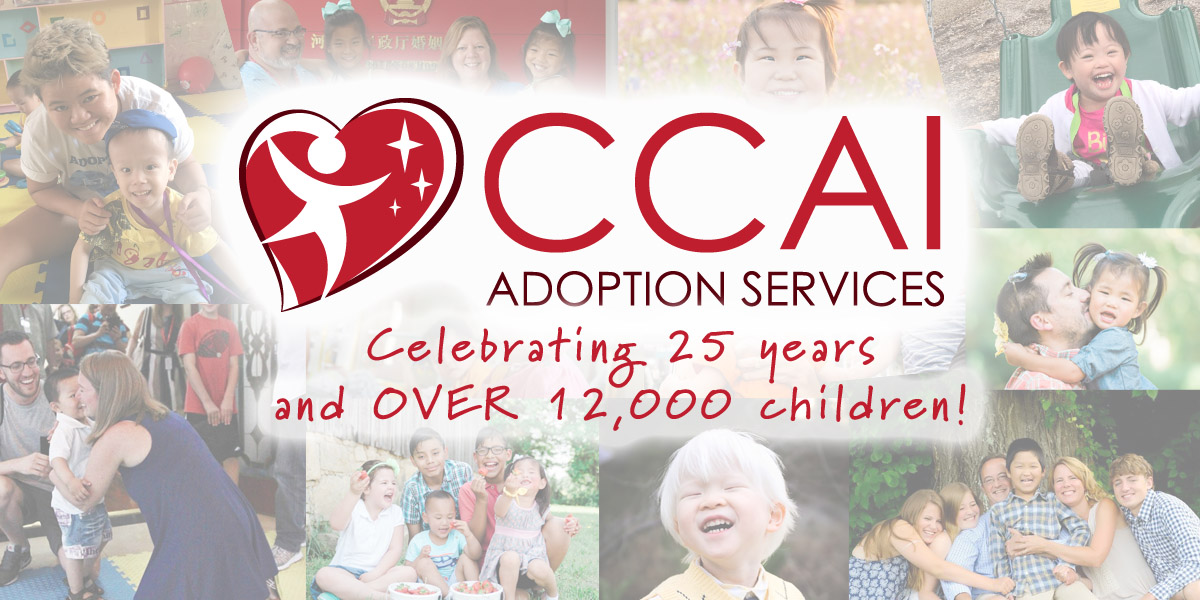 
CCAI is a licensed, non-profit, Hague-accredited agency serving families in the US and around the world, and we have placed more than 13,000 children since 1992. Adoption is our passion; families benefit from our specialized and personal service, and our adoption costs are among the lowest in the field of international adoption. We wish to find caring parents and loving homes for as many abandoned healthy and special needs children as possible from China, Colombia, Bulgaria, Ukraine, and Taiwan.