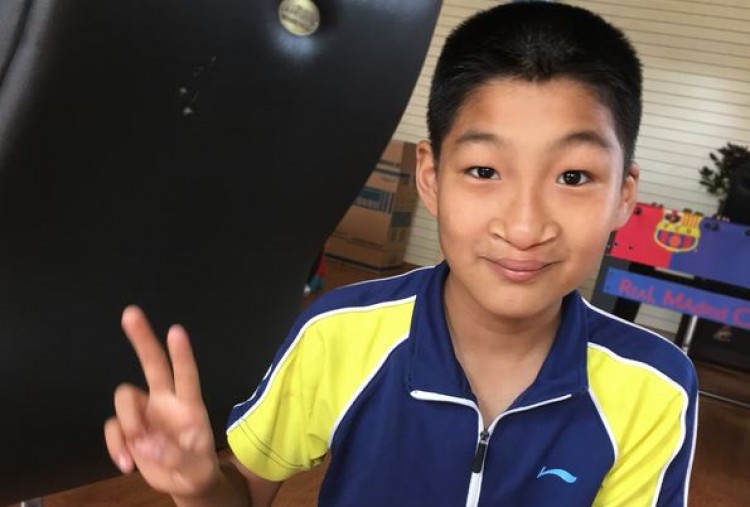 The best way to learn about what makes a waiting child smile or laugh or turn their nose up in dislike is to spend time with that child. Rainbowkids Hope Gallery features advocacy stories written by advocates who have spent one-on-one time with the waiting child, whether it be through a hosting opportunity or an in-country advocay trip.

“How many times has this happened before?” I thought to myself as Shane walked through the door.

Shane (RK# 36863) is almost 11 years old and has lived in a Chinese orphanage since he was found abandoned at 1 day old. How many other times has he met with a social worker like me, hoping that the meeting would result in a family traveling from overseas to adopt him? And yet, no one has come thus far. I could sense his nervous energy as he thought long and hard to answer each question I asked him. He wanted to showcase some tai chi routines he learned at school, and I discovered that he is full of energy! He said he especially enjoys riding bikes and playing basketball. He recited a long poem he recently memorized, and even with a repaired cleft lip and palate his pronunciation was clear. Shane is a curious boy, and instead of being afraid of new things he wants to examine them — my laptop and notebooks, the piano in our meeting room, the family photo albums for other children I brought with me to personally deliver… The caregivers explained he enjoys learning new things.

After I met with Shane, I went to the orphanage deputy director’s office to facilitate video chats between two 13-year-old children and their families. While Shane did not have to come along, his curiosity led him into the office. He eagerly looked over shoulders at the letters I delivered the other two boys. He flipped through a photo album, looking at faces of a family that was coming for his friend.

During each video chat I watched all that was happening between the adoptive families on the screen and the other children next me, and my heart was so full of joy at being able to witness such a special time.

But I also noticed Shane.

Occasionally Shane would lean over a shoulder and stare into the screen, and I felt a pang of sadness as I wondered what was going through his head. Here were two children he had grown up with, and soon they would leave him to be united with their adoptive families.  How many times has this happened? How many friends has Shane seen be adopted? How much longer does he have to wait for the photo album to be addressed to him, for the family on the screen to call him their son?

The last question I asked Shane was about the type of family he wants. He said that he wanted a big family with younger siblings that he would help take care of. This answer is typical for older children because they are used to being around lots of people and caring for young kids in the orphanage. When I asked where he would like to live, his answer was different. Usually I hear “a big city” because, again, that is what the children are used to. But Shane said he wants to live by the seaside. I can tell this special boy has big dreams, and he’s waiting for a family to help make those dreams a reality.

Can you or someone you know be the perfect family for Shane? I am committed to finding an adoptive family for this sweet boy. If you’d like to learn more about Shane, please reach out to our waiting child coordinator, Jessica Zeeb, at Jessicaz@holtinternational.org!