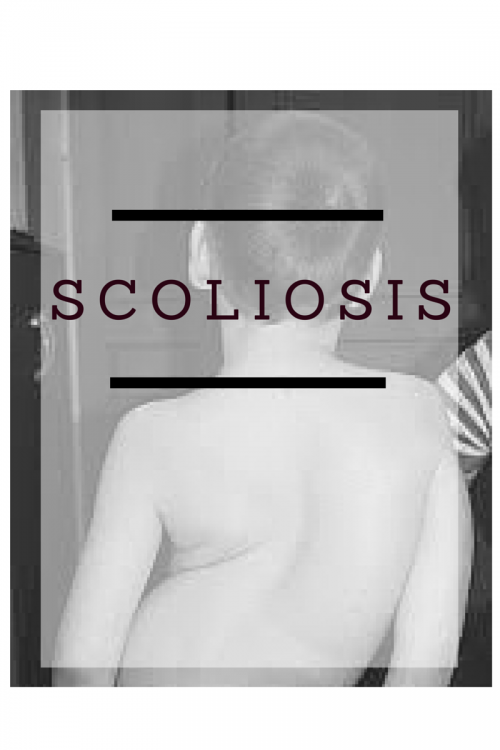 Scoliosis is a curving of the spine that can have a wide spectrum of severity. When most people think about scoliosis, they sometimes think of the more common and mild form of scoliosis in adolescents that can happen during the growth spurt. However most kids in the international adoption system have significant curving of their spine that will require interventions.
The most common category of scoliosis that we see on referrals is called “idiopathic” infantile meaning there is no identifiable cause of the curvature, it is identified before a child is 3yo and the child is otherwise healthy.1 Other forms of scoliosis can be associated with syndromes including problems with the bones or muscles of the child. If the child has a curve greater than 10 degrees before they are 5 years old, then it is called Early Onset Scoliosis (EOS). The degree of curvature is something that we can only figure out if we have certain kinds of Xrays available. However, we can assume that the degree of curvature is greater than 10 degrees if the scoliosis is very noticeable or severe. In cases of severe scoliosis, MRI of the spine is also needed to rule out spine or central nervous system problems that may not be evident from looking at the child.2

One of the major reasons to treat scoliois is to avoid complications, most commonly pulmonary (lung) complications and even early death if not treated. Lung capacities of children and adults who had fusions (major surgery) of their spine range in studies from 60-80% of the normal predicted lung capacity and this decrease in their lung capacity can sometimes affect activity.34

The treatment regimens are based on the amount of curving present called the Cobb angle and this is not something we routinely get from other countries as we would need the actual Xray films in order to assess this. The Cobb angle can give us a gross estimate of the needs of the child but there are a number of other factors that can influence treatment decisions and an in person exam and other imaging may be needed.

For mild to moderate forms of scoliosis, in general, 25 degrees will need more intensive therapy services and bracing which can be up to 16-20 hours per day.5

For more severe forms of scoliosis starting at about 40 degrees, these children can learn, bond and be delightful children but can also have numerous medical and surgical needs. Early on, they likely need serial castings and bracing and typically undergo surgical correction. Growing rods (“Harrington rods,” pedicle screw system or screw-rod construct) and VEPTR (Vertically expandable prosthetic titanium rib, Synthes, Inc.) are two major distraction based devices.which can be used for correction of severe scoliosis for children and are surgically placed to hold the spine in alignment. These can then can require multiple surgical adjustments, every 6 months, as they grow.6,7

*Scoliosis is seen rarely in reports, but can be seen from all referring countries.
*Most commonly not associated with other problems (idiopathic), but a child will need to be screened for other syndromes and issues that may not be known or disclosed
*As a group, children with moderate to severe scoliosis can have extensive medical and surgical needs, but most forms are considered treatable and generally have good long-term outcome.
*National Scoliosis Foundation: http://www.scoliosis.org

To Wake Up Loved