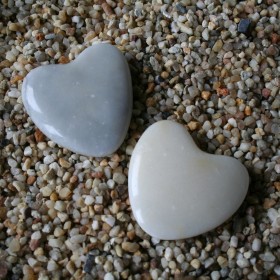 If you have been there, then you already know that these words are true….

No matter how much you wanted to adopt, how desperately you prayed, or how often you checked your email for news, the days and weeks following your child’s homecoming are a strange mixture of elation and exhaustion.

Regardless of your extensive preparation, the books and articles you poured over, the time spent with a caseworker, the blog reading, and the conversations with experienced families, there are still questions and sudden uncertainty after the homecoming.

Here is the truth.  Adoption will rock the boat. The family that you had is introducing a new member.  For some, perhaps a little tilt of the boat here and there. For others, the boat is darn near tipping.

My job is fantastic because when every other person is told that they need to give the family time to nest and bond, to please come visit in a few weeks when the family is more settled, I get to quietly come in and observe for a few hours in those very early weeks.   In most cases I have worked with the family for many months and sometimes years. I have seen their excitement and heard their promises of dedication and determination. I have been the one that they cleaned the house for and tucked in the kids shirts for and put their best face forward during that home study process.  But, my favorite is the day I get to pop in and all is a mess.

For me this is the day that matters the most.

Recently, I sat at a dining room table full of playdough, buttons, broken crayons, and tissues. The little girl had been home for three weeks. Her parents and I have worked together for over three years. Let me tell you something. They wanted her. They fought for her. They sacrificed. They hoped. They didn’t give up when all seemed hopeless. After three years of waiting, financially supporting her and her entire orphanage as best they could, and traveling to her country of origin twice, she came home in a whirlwind of activity and excitement.

Once her mother said the words, hot tears began to flow down her cheeks.  She cried and cried. Her daughter has been home only three weeks and this smart, capable, loving woman sat before me and sobbed.

Do you know what she was most afraid of? What she confessed? What had been burning in her heart and mind all day for the past few weeks?

If she told people the truth of the hardships, would they doubt her love for her little girl?  If you have already adopted then you know this part.  There are times you want to tell someone that you have no idea what is going on. There are moments when you wonder if you were the right person for this. There are times when all is overwhelming and it is hard to see the sun rise coming tomorrow morning.  There are days of hot tears streaming down your cheeks.

No one said that the molding and making of a family into something new was easy, but until you are in the midst of it, it is impossible to know just how it might shake you up and wear you out.

This Momma sat with me and confessed that she felt so alone in her feelings. If she told her extended family or friends that these past three weeks had been so very hard, they might doubt that she loved this little girl. What if someone said, “maybe you shouldn’t have done this”?  She would rather keep the hurt and hardship to herself than let that happen.

Just because a family that has adopted says that it can be downright hard, does not mean that with all of their might they wouldn’t do it again and again. Admitting the hardship is not an admission of regret, it is evidence of the resolve.

This is the most important day for me as I get to witness the fulfilment of the words they promised in the home study. “No matter what, we will do our best, we will give her what she needs to thrive…..”

Once the little girl picked herself up from her third intense fit in just thirty minutes, she looked over at her mother of only three weeks.   I watched as her mother wiped her own tears and put on a sweet smile. As tenderly as possible she opened her arms and welcomed her child onto her lap. She kissed her cheeks and spoke love into her ears.  “Mommy loves you so much. Mommy will not hurt you.  Please do not hit Mommy. Our hands are for love. My hands love you. Please show me love with your hands too.” She whispered it again and again.

The boat has been rocked and it will be teetering for some time. The family will not be the same.  But, they will grow into themselves the way a child grows into pants that were once a little big.  There will be growing pains, stretching and pulling of emotions, time, finances, relationships, expectations, health, sleep, and more.  But eventually, their growth will finally fit.

On my way home a few days later, I called the family to check in. The mother started crying. The fits have continued, although they have shortened.  She is exhausted and her daughter is testing every boundary. But, she laughed hard and joyfully through her tears because as she was on the phone, out her window she watched her precious little girl still so fresh in her own grief and confusion reach out and grab her father’s hand as they walked down the sidewalk.  This had never happened before.

Resolve, dear friends, not regret.  Both may look like hardship, but the difference is that one hopes and cares to the point of grief while the other bothers not with either.

Madison Adoption Associates is a Hague accredited, non-profit 501(c)(3) organization whose mission is to bring hope, love, and a permanent family to children in need. By serving children and families through domestic and international adoption, our work is guided by the following core principles: Conducting our business activities with our heart first and an unwavering commitm...