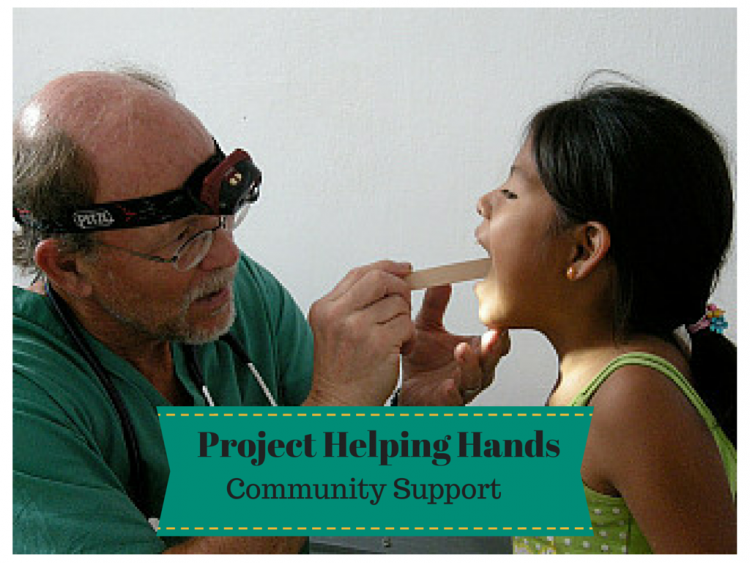 Tan Pinney has come along ways from his days as an immunologist and laboratory research technician in the mid-1970s. His need for people contact pushed him away from the secluded life in the lab and toward the field of medicine. He left research behind to spend the next twenty-eight years of his life as an emergency room physician. Tan retired from the on-the-edge life of emergency room medicine and within months he stepped into a world that he could only describe as the most rewarding time of his life.

“I had always though about traveling to a third world country but the chance never came up until 2008. I had worked in an under served area in the United States a few years out of medical school when I worked for the Indian Health Service in Arizona. My experience there was invaluable for my emergency medicine career and I learned about how unfortunate people have to deal with very little.” Tan knew at one point in his life he wanted to experience that type of giving again. Along came Project Helping Hands. Project Helping Hands (PPH) has been helping people in underdeveloped countries since 1994. The key to their teams' success is the commitment they bring to impact people in a life-changing, even life-saving way. Beyond treating illness, disease, trauma and care, the teams help build medical services in remote areas with the goal of seeing them become self-sufficient, and able to replicate these efforts in other places of need. A co-worker of Tan’s returned from volunteering on a medical trip with PPH a year ago, showed Tan his pictures and immediately Tan was hooked. Since that moment he has journeyed south to Bolivia on two separate medical missions. “

I talked with my family and felt this was the right time to get involved. PHH fit perfectly with my values—a humanitarian medical mission without church or political affiliations, free from religious or political bias. Just to help the people.”

When Tan first decided to join PHH he had originally applied to go to Kenya. After they received his application the director, Jeff Solheim, call Tan and asked him to consider going to Bolivia since they were in need of more doctors on that trip. The trip was listed as "extreme conditions" with lots of walking, cramped travel in boats and poor sanitary conditions. At first Tan was hesitant. His knees were bad and the unknown conditions made leaving his wife Carrie and their two young children, Mitchell and Allena, somewhat of an anxious time. “I was a bit anxious but after talking to Carrie and the kids, I decided to go to Bolivia. Little did I know during the trip I was on a boat in the middle of nowhere and my boat capsized and then caught fire. As providence would have it, the boatmen were able to put out the fire and rebuild the engine so that it worked and we were able to continue on our river adventure. THAT did create some fear at the time that I would not be able to get home to my family.”

“[T]he media there had advertised that there were seventy-six doctors coming to hold a clinic. Well, there were in fact six doctors and seventy-six total in our group including doctors, nurses and support personnel. We were totally overwhelmed that day and saw over eight hundred people…”

Surprisingly, having his boat capsize and catch fire on a river in South America far away from any helping hands was not his most difficult nor most challenging day in Bolivia. This memory is reserved for a day during his first stint south several months ago.

“We were holding a clinic in Rurrenebache, a town on the east side of the Andes in the Amazon Basin. It was a fairly large town and the media there had advertised that there were seventy-six doctors coming to hold a clinic. Well, there were in fact six doctors and seventy-six total in our group including doctors, nurses and support personnel. We were totally overwhelmed that day and saw over eight hundred people which included two clinics in close outlying villages.”

But the rewards of Tan’s medical trips far outweigh the difficult nature of living and working in virtually third world conditions.

“My most rewarding day was this year at the end of our two weeks. I had been asked to head a seminar on emergency medicine for the Bolivian doctors in La Paz. I had prepared a number of talks and a colleague had also helped me out. The seminar went off like gangbusters. We were presented plaques by the doctors who headed the residency program and given a king’s tour of the hospital. We also have been asked back to do this on a yearly basis. It was quite rewarding to have that much appreciation demonstrated for our efforts.”

Returning back to everyday life in America was difficult, to say the least. Tan had been warned after his first trip that the hardest part of returning was going back to his regular job and life. He would need to take time to decompress from his experiences. “After seeing seventy and eighty year old Bolivian’s still working in the fields or mines just to survive and being so thankful for a thirty day supply of Tylenol or Motrin, I had to (go back to) see a spoiled twenty four year old with an intermittent pain in the forearm and I was expected to ‘fix’ her. I realized then how little appreciation the people of our country have for what this country provides for them. To wind down, though I try to focus on how great it is to be back with my family who I adore and appreciate how much I missed them.”

Since his work in Bolivia he has been invited to present slide shows to a variety of school and churches in his area. Tan believes that getting people educated to help people is how we are going to change this world. Starting with the younger generation is the key. Tan’s been told when he returned he was a changed man. He knows this experience has made a difference in his life so he hopes he can awaken the giving spirit in others though his words and actions. “

I anticipate at least two trips a year with PHH. We have a clinic set up in Oyugis Kenya (western Kenya) that treats AIDS children and many of the surrounding villages. I am very excited about going to Africa. I also will be heading another seminar in Bolivia.”

In the end, Tan looks back at his travels to Bolivia thus far and can state he has learned more in four weeks about human nature than he did in twenty-eight years as an emergency room physician. Tan has learned to expect the unexpected. He has seen things he has never seen before. He has been appreciated more than he has ever been appreciated in his life. More than anything, however, Tan has learned about the amazing power of the human spirit.

“I have learned how wonderfully appreciative the people of Bolivia really are. It’s really heartwarming to see that even giving someone some Tylenol or Motrin is like giving someone a handful of gold. To me I was sold on the ability to go and use my experience, instead of being retired and sitting at home and doing nothing. I want to use my experience… twenty-eight years in the emergency room… to help and give back. I’ve been very fortunate in my life.”

Visit Project Helping Hands website for more information on donation options or how to apply for a team travelling abroad. The Joys of Parenting Sons