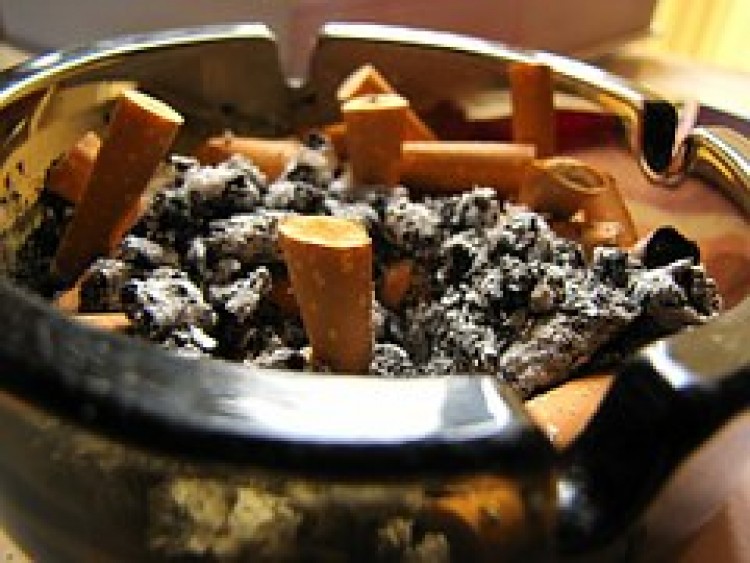 Tobacco smoking during pregnancy is one of the most ubiquitous prenatal exposures. The prevalence of smoking during pregnancy in the United States is estimated by maternal self-report at 11% and is higher in teens (18%) and women with less than 12 years of formal education (27%) [44]. Fortunately, these rates are declining [45]. In Russia, the prevalence was 16% of pregnant women in one study and seems to be increasing [46]. In Kazakhstan, it is estimated that one third of the adult population smokes [47]. In China, the prevalence of tobacco use among pregnant women has been estimated at 2% but is increasing [48], and 60% of nonsmoking pregnant women in Guangzhou had husbands who smoked [49]. The World Health Organization reports that in South Korea, 7% of women smoke tobacco; in Guatemala, 17% of women smoke [47]. True exposure rates are likely to be significantly higher, because parental self-report routinely underestimates actual exposure. Unfortunately, adoptee tobacco exposure status is often unknown.

Prenatal tobacco exposure has consistently been associated with poor fetal growth and is the single most important cause of LBW in developed countries [50]. Even environmental smoke exposure has been implicated in LBW, fetal death, and preterm delivery [51]. Myriad perinatal complications and child health problems are linked to fetal and childhood smoke exposure. Finally, a growing body of evidence is implicating smoking during pregnancy in a range of adverse behavioral and cognitive outcomes.

Tobacco's impact on fetal growth is perhaps the most consistent and concerning, given the range of potential impacts on health and developmental outcomes. Maternal smoking has an impact on fetal growth symmetrically in a dose-related fashion [55] and causes an estimated 5% reduction in relative weight for every pack of cigarettes smoked per day [56]. Because pregnant women who smoke deliver babies weighing 150 to 250 g less than babies of nonsmokers, tobacco smoking essentially doubles the chance of having a LBW baby [57]. Unfortunately, maternal smoking is also associated with a smaller head circumference at birth [58].

It is difficult to differentiate the impact of prenatal smoking and environmental tobacco smoke on childhood health problems, such as respiratory and ear infections, pulmonary function, asthma, and SIDS. Postnatal smoke exposure increases the incidence of middle ear disease, asthma, wheeze, cough, phlegm production, bronchitis, bronchiolitis, pneumonia, and impaired pulmonary function, and it has also been associated with snoring, adenoidal hypertrophy, tonsillitis, and sore throat [59]. Smoking during pregnancy does cause poor lung growth, affecting pulmonary function in infancy and childhood [60], [61], and seems to confer additional risk to postnatal smoke exposures [62].

With respect to tobacco-associated growth impairment, children generally demonstrate “catch-up” with their weight and height percentiles during their first few years of life, with less catch-up noted in head circumference [63], [64]. In fact, a trend toward obesity is noted [65].

Dose-effect impacts of prenatal tobacco exposure on behavioral and cognitive outcomes of children have been reported, even after controlling for confounders like socioeconomic status, parental education and mental health, prenatal growth, other prenatal exposures (eg, alcohol), and postnatal disadvantages [66].

There is a consistent association described between prenatal exposure to tobacco and attention deficit hyperactivity disorder (ADHD)–like symptoms [67] and externalizing behavior problems [69], [70]. Antisocial traits like disruptive behavior, conduct disorder, and later delinquency have been linked to prenatal tobacco exposure as well [71]. Although these associations are clear, proving the causal relation is challenging, because not all these studies control for confounders, such as prenatal alcohol exposure.
There is a stronger link between prenatal smoking and behavioral outcomes than that described with impaired cognition. Smoking during pregnancy was associated with decreased IQ scores for children by an average of 4 points [72], however, which was prevented by smoking cessation [73]. Other studies are inconsistent but have suggested persistent deficits in auditory-related tasks like verbal memory, language, and auditory processing [74].

It is unclear if these outcomes can be attenuated by nurturing and regulating home environments and to what extent the effects of tobacco interact with other biologic, prenatal, and postnatal risk factors. For internationally adopted children, the potential interaction of these developmental modifiers seems particularly complex, with tobacco-associated risks (eg, LBW and microcephaly, infant neurobehavior, toddler negativity [75], childhood attention and/or impulse control deficits, antisocial behavior) occurring within a trajectory of caregiving moving from early institutional neglect to later nurturing and stimulating family environments.