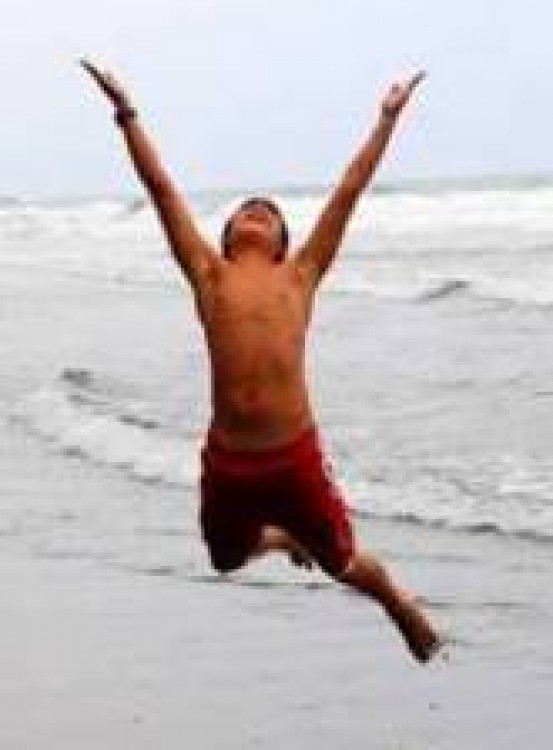 As an adoptive parent, or as a professional working with post-institutionalized internationally adopted children, it is important to be thinking about the impact of the world in which that child lived prior to being adopted. The child may have lived with a foster care family rather than in an orphanage. In others, the child will have known only one or several institutions. In those institutions, the child may have been unable to have met her needs for food, attention, touch, and comfort when in pain. Over time, she may have learned not to look for those needs to be met and may have come to distrust the adults in his or her world. Also, the child may have experienced neglect, poor nutrition, lack of stimulation, and potential for attachment, inconsistent caregivers, and various forms of traumatic experiences including physical abuse, sexual abuse, and witnessing of violence toward others (including other children). Parents need to understand a childs orphanage life in order to understand what makes their child think and behave the way she does. It is very hard to help a child join a family without being fully aware of her history. In general, what might a childs life have been in an orphanage? Even the best institutions have the following:

Children in many orphanages are frequently nutritionally deprived and often have low muscle tone. Playground equipment may be non-existent or, if present, may be in disrepair. Children may be over-responsive when put in high-stimulus situations. Speech acquisition, because of minimal exposure and subsequent minimal usage of words, may be extremely delayed and it may take a long time to develop appropriate articulation and grammar. At an orphanage, children do what everyone else does, eat when everyone else eats, go to school when they are told, and even use the restroom on a schedule.

What this means is that orphanage children are never encouraged to make (good) decisions and no one talks to them about choice makingkey essentials to personal success and active coping. At first sight, the child may appear to be overly mature and too good or well trained, ready at age four, for example, to learn how to work with and care for younger children. They may know how to dress themselves, go to the bathroom totally independently, sweep floors with a large broom, and sit quietly without any argument for long periods of time. Older siblings in a sibling group may also be parentified, having been taught to take care of younger brothers and sisters.

In reality, their often traumatic experiences within the institution have taught and conditioned these children to be hypervigilant (on constant high-alert) and to take on expected roles without recognition of their own individual desires or needs. Their emotions and feelings are never considered in decision-making or in complying with institutional life. Asking these children how they feel leads to a blank or questioning expression, rather than to words such as happy, sad, scared that a normal three-year old understands, uses, and applies to herself. Internationally adopted children, whether from an institutional or deprivational environment, quite possibly have not had the positive human contact necessary for social and emotional communication post-adoption.

There are pre-institutional and institutional factors that help children adjust to their adopted families (Hopkins-Best, 1997). These factors are helpful for a parent to reflect on, as the transition at the time of adoption may impact a childs adjustment into the family:

Your Role as a Parent

A major task of parenting is to first give a child emotional and physical safety, above all else, and to help a child develop the abilities to meet all of the needs with self, others, and the world. (Rosenbloom & Williams, 1999) All parents want a healthy child, whether that child joins a family through birth or adoption. Its probable that they want a child to:

You need to remember that the child may have experienced neglect, poor nutrition, lack of stimulation or potential for attachment, inconsistent caregivers, and various forms of traumatic experiences including physical abuse, sexual abuse, and witnessing of violence toward others (including other children). It is important to begin to think about what will happen in this childs life as she grows into maturity, and how her early environment has impacted her.

Attachment between a parent and a post-institutionalized child begins with the parent. It is up to the adult to begin the process by creating an empathic, safe, caring, loving environment for a new child. It is up to the adoptive parent to model communication, affection, coping, and emotional modulation.

It is up to him or her to remain in control if and when the child does not. It is also up to the parent to take good care of him-or-herself in order to take good care of the family. Parents provide the love and nurturing and also provide the rules and structure. Treating new children with respect and maintaining a sense of hope will affirm and reaffirm that they have found a forever family. Suggestions for modeling and instilling hope include the following:

What does a deprived or neglected institutional background mean for a newly adopted child and his family? The issues below affect many adoptees to many different degrees. Parent awareness and/or professional assistance can help turn-around, or at least modulate, the negative after-effects of institutional living. Not every issue will disappear entirely, but a parents initial high expectations may shift to an enormous appreciation for the courageous work a post-institutional child is willing to do, in order to become family.

Medical Records. Parents may not get an accurate medical history or may have no medical history or family background; the medical records may be sporadic and spotty. When parents bring a child home, it is important to get a thorough medical examination, including age-appropriate screenings and an assessment of the childs growth and development. In addition, it is important that the child have an assessment of her nutritional status. Contact and meet with a pediatrician familiar with the height and weight charts for the childs birth country (or supply them yourself), to set norms for your child.

Emotional Development. Many children have slow emotional development because they have never been allowed to express emotions (some call this The Silence of the Kids). Many have never learned how to modulate emotions. They may have problems with affect dysregulation (emotional reaction) and be diagnosed as hyperactive or attention deficit disordered. They may have problems putting feelings into words and act out with poor impulse control instead. They may not have the words to describe internal physical or emotional states. They have never even been asked how they feel, let alone know what a sad, mad, or glad feeling is.

Attachment Difficulty. Those children may have an attachment problem and have difficulty with affection and emotional intimacy. On the extreme end of the attachment spectrum, children have Reactive Attachment Disorder, which is a complete inability to connect in a reciprocal fashion. Many post-institutional children have difficulties giving and receiving love (because of their own absence of positive touch and loving,) and do not trust others, primarily due to lack of physical and emotional contact with a primary caregiver. Attachment is reciprocal, is based on love, and takes time to develop. New parents sometimes confuse a Trauma Bond (which is instantaneous and based on terror) with an Attachment Bond when they adopt a child who appears to attach immediately.

Loss and Grief. Many children have a true sense of loss at leaving the orphanage and feel grief when they are separated from that world, no matter how awful it was. Even children adopted as babies and toddlers can internalize sad events of their young lives and exhibit ambiguous loss.

Age. A child adopted at over eighteen months of age, in particular, may have noticeable developmental delays. There is always the possibility that the child has a history of abuse, stored as pre-verbal memories and unable to be recounted. They may even be dissociated or repressed memories.

Some internationally adopted children may have symptoms of Post-Traumatic Stress Disorder. PTSD is defined in part in the DSM-IV as: Being exposed to a traumatic event where a person experiences, witnesses, or is confronted by event(s) involving actual or threatened death or serious injury, and a response that involves intense fear, helplessness, or horror. Abandonment, institutionalization, loss of a primary caregiver, abuse, neglect and the swift and traumatic life changes in a childs world through the act of international adoption, can contribute to a child developing PTSD. PTSD must be addressed and treated for the child to realize his full emotional and cognitive potential. Not addressed and treated, a childs PTSD can impact the parent-child relationship, the childs self-perception, and other areas of the childs life. The symptoms of PTSD can interfere with or affect a childs attachment to her parents by limiting safety and trust development.

A few of the symptoms of PTSD in young children:

Love is not enough for some of these children who are at risk. They may have a multi-system developmental disorder that includes PTSD, attachment, and sensory difficulties. They cannot just be loved into normality and may need intervention programs. In time, these children do develop warm relationships, logical thinking and problem solving, and interactive communication (Doolittle, 1995) if they have access to the right types of therapy and highly involved parents. All adoptions of orphanage children should be considered by both prospective parents and adoption officials to be special- needs adoptions that require extra commitments of parents time, energy, acquisition of expertise, and willingness to work with professionals, agencies, and others who have adopted. (Ames 1997)

Read Part 2 of Positive Outcomes to learn how to help your child grow into his or her best present and future life.

Is My Child Normal?

The Writing of Adopting Alesia