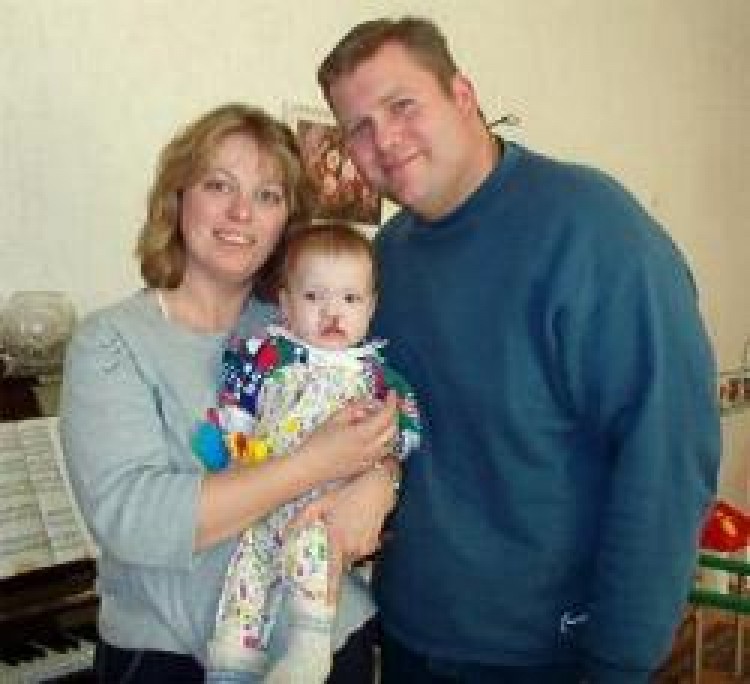 Our journey to adopt our daughter was not an easy one. At times it stressed our emotions and faith to extremes that we had never experienced before. The reason for this was because Julia was an orphan whose young mother terminated her parental rights after she was born on May 14, 2002 with a cleft lip, cleft palate, and some finger deformities on her right hand.

My wife and I had just started our home study this February when we received a phone call from our social worker Eileen asking if we would be interested in adopting a orphan (Baby Julia) with a cleft lip and palate and some hand deformities. The idea of this immediately terrified me, because up until that time, I had only considered adopting a healthy child that hopefully would look similar to my wife and I. We were able to see a video of Julia taken by a couple who had previously traveled to Ulan Ude. To see her in that video was heart wrenching and really made our decision hard. Did we want to take a child like this? Could we provide the love and support this child needed? If we passed on her, would anyone else adopt her?

Why did her referral come to us, when weren't even done with our home study? After many discussions and prayer, my wife and I decided to accept the referral since she is a RN and had access to the doctors who would be evaluating Julia after the adoption. In hindsight, I'm grateful we made this decision, because we found out later that orphans like Julia are usually dead in Russia by the time they are 18.

Unfortunately, when the children arrived, there was NO JULIA! So my wife and I waited, and waited, for the next fifteen minutes. It was nerve-racking watching the other couples interact with their children during this time. As we waited, our emotions started to build. I kept asking myself Are we doing the right thing? My emotions continued to build and just when I thought that I couldnt take anymore, there was Julia! She was perfect and she had the most beautiful eyes I had ever seen! When I finally held her in my arms for the first time all my doubts and concerns disappeared. She was our child and nothing was going to stop that; or so we thought. We were able to see Julia nine more times and then we went home to wait a month for the second trip. During this period, my wife was on the phone with several doctors to schedule appointments for when we got Julia home. This is where the fun began! 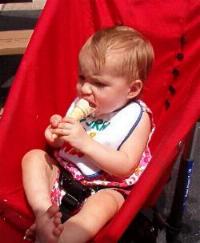 So we (my wife and an another couple with whom we made the first trip and became friends with) decided that the only thing that would make us feel better is to go see our children. When we got to the orphanage the other couple received a frantic call from the facilitator, so Janiece and I were told to go inside without them. Later we found out that a Grandmother of the son (Misha) they were about to adopt, came out of the woodwork after 5 years and refused to terminate her parental rights. So this couple had to leave Russia without their child.

Well, court didn't go well at all! The judge got into a verbal fight with the orphanage directors, telling them they didn't try hard enough to find a Russian family to adopt Julia. She did this even though everyone there knew that a Russian family wouldnt adopt a child with deformities like Julia had. Just when my wife and I were certain that our court date would be delayed, the Judge looked at my wife and I, smiled, and announced the adoption of Julia Ann Dimitrievna Pritchard.

She was finally ours! This little 12 month-old little angel, who barely weighed 15 pounds, was leaving Dome Rubunka forever.  A week later we were back home and had Julia in to see the specialists for her cleft lip/palate and hand repairs. We had the cleft lip/palate repaired in June and the first surgery on her hand was in October. They both went great and the doctors have been amazed by the strides Julia has made. In seven months, Julia has grown 6 inches and has put on 8 pounds. Everyone says what a lucky girl Julia is, but Janiece and I believe that we are the lucky ones.

Julia has given my wife and I so much in such a short period of time, that we believe that we have been blessed. Since coming back from Russia my wife and I have met with several couples who are considering adoption from Ulan Ude, and it doesn't ever seem to matter what WE say, because when the couples meet Julia it always seems to seal the deal. Julia has truly been a blessing for my wife and I, and this experience has taught us that there are times in life we need to trust where our hearts lead us and have the faith in believing that everything happens for a greater good.