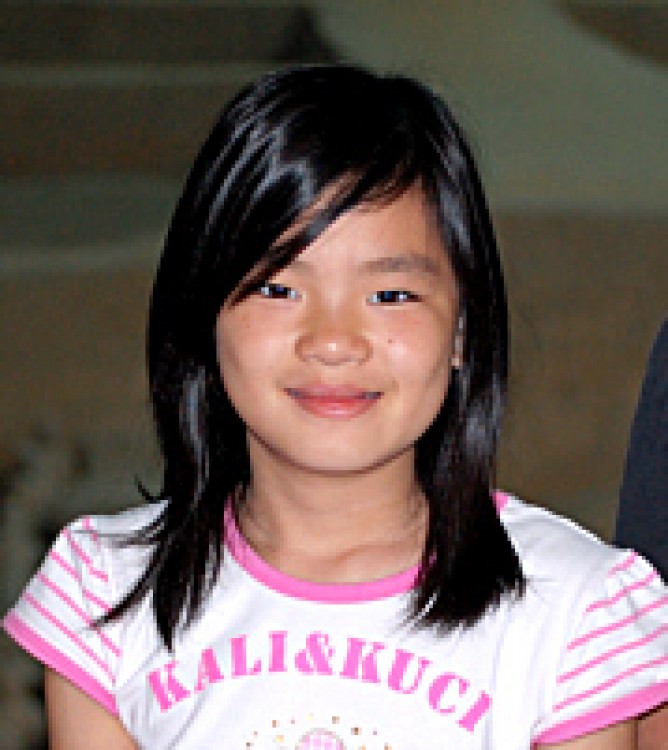 Two common misconceptions held by the general public (and reinforced by the media) are that adopted children are somehow "lucky" to have found a family, and that adoptive parents are humanitarian super-humans who swoop in and rescue children out of purely altruistic motives. That's so not our family. For us, adoption was a selfish act.

We adopted to satisfy our needs, our desire to have a family, our choices in choosing the children we wanted. Our kids are not lucky. They brought laughter, love, joy and happiness to our home. They were happy where they were in China and Russia. They didn't know anything about us. They were growing older and living the life they knew. Although many envision all orphans as children devoid of love, care, and essentials, we know that our children were in relatively decent situations. They weren't starving and were getting medical treatment and care. In my heart I know that if anyone is "lucky" it is my husband and me. We were chosen to be parents to these beautiful kids. If anyone is "wonderful" it is the people in China and Russia who gave us their greatest resource: their children.

Our daughter, Yi Mei, is beautiful. It isn't just her shining hair. Her joy and vibrancy light up her surroundings. Her eyes glow with barely-concealed laughter most of the time. She became my daughter only 4 months ago at the age of 12 years. Adoption is not new to our family. We have another 12 year old and an 11 year old. Matthew Valentin, our son, was adopted 8 years ago at age 4 ½ from Vladivostok, Russia and Makena Rulan, our first daughter home, was adopted seven years ago at age 4 from Nanjing, China.

As anyone can imagine, bringing home 4 year olds is very different than a preteen. At 4 years old they are still dependent on you and look to you for guidance and believe you are everything in their world. A 12 year old, especially one raised in an orphanage, has a level of independence that has never included an adult taking a focused interest in them. At 4, they don’t talk back (much), roll their eyes, and express their disdain in a shrug of the shoulders.  Although 4 year old can throw a doozey of a temper tantrum in the middle of the grocery store, tell a 12 year old "no" and they will use the universal language of glares and sullenness to emphasize their displeasure.

Both Matthew and Makena's adoptions were considered "special needs". We didn’t plan on special needs but when we saw Matthew’s picture and video we knew without a doubt he was our son.  The details of adopting a child with cleft lip were something we learned after our hearts were already his. We were clueless but it didn’t matter. He was ours and he was coming home. Matthew’s special need was so minor that we purposely looked for another cleft child to bring home: our Makena. Matthew saw her picture in a flyer we received through the mail, and asked if she could be his sister. She was a tiny little girl with no hair to speak of and was tearing the legs off a plastic doll.  The little blurb below her picture said “outgoing and likes to play with boys.” What a perfect fit for our family. I couldn’t count the number of doll legs I tore off as a child and boys, who else would you play with if given a choice?

Yi Mei too was a special needs adoption. Her special need is Hepatitis B Carrier. Again, we saw the child and not the special need. One look at her sweet face we  knew (again) that she belonged to us and again we were off to research and learn about Hep B. I did everything I did with Matthew and Makena. Joined Yahoo Groups for adoption and her special need, spent countless hours on the internet researching Hepatitis and spoke to any doctor that would give me the time. But it didn’t really matter what I read or what I was told. Yi Mei belonged to us and she was coming home. In China, while completing her adoption, I saw the beginnings of what was to be. The kids fit together as if they had been together forever. Yi Mei could play cards and cheat as well as the other two. Matthew took on the role of big brother even though Yi Mei is 10 days older, Matthew is 14 inches taller! One moment he is annoying and teasing the two girls and the next their protector as they walked next door from the hotel to buy a snack. Seeing my tall, blond, Russian-born 12 year old son hold the hands of both his Chinese sisters as they crossed the busy streets is a sight I will never forget, nor will many of the Chinese who turned to stare!

Yi Mei immediately fit in with Matthew and Makena. Her Papa was someone to hold hands with, sit next to at dinner, and someone to chase in the swimming pool. Her attachment to me was a bit slower, but that was something I had expected. I was just another woman in her life. I merely took the place of the aunties who were there for her at the orphanage. Time would change that as she realized I was Mama, someone who was there for her always. Gradually her guard with me came down as we shopped together, played board games together, wandered the various museums together.  She came to realize I was always there for hugs, kisses and our good night rituals.

Now as I go into the girls’ room and separate them in to their own beds, take away the High School Musical dolls, DS games, and flashlights and I know we did the right thing. We didn’t save a child in a foreign country. Yi Mei isn’t “lucky” to have been adopted at 12 no more than Matthew and Makena were are 4 years old with their special needs. We aren’t “wonderful” people to have adopted three orphans. Like any family who wants another child, we chose the path that was best for us.

I sometimes remember something my daughter, Makena, told me when she was 5 or 6. While sitting on my nap, she looked into my eyes and said “You should have found me sooner Mama. I was looking for you.” Oh little girl, I was looking for you, and your sister and brother, too. I simply found some of them sooner than later.

To view other wonderful children waiting to find their families, visit the RainbowKids Waiting Child Area