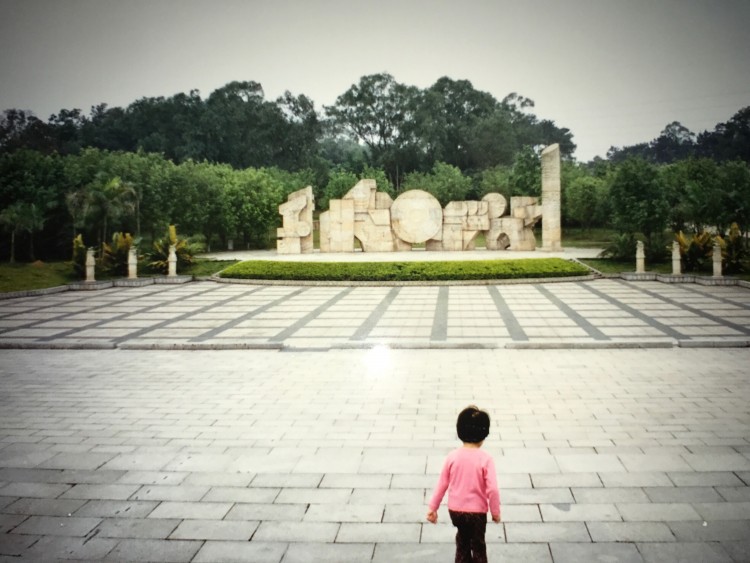 During that first week after a family meets their child, I find my thoughts filled with concern for both the parents and the child.

I know the pressure of expectations and the struggle that first week of transitioning can be for all involved.  I've been there.  I always breathe easier once that first week has passedfor any family that I am working with.

You see, before I became an adoption professional, I made the same journey as these new families are now making. I became a mother through intercountry adoption.

The day I met my daughter I was in China for the first time. It had taken me approximately 16 hours to fly there and I found myself in a strange country with jetlag.  I remember leaving Beijing and boarding a small plane to my daughter’s province while the song California Dreamin’ was playing, yet no one on board spoke English, as I was the only non-Asian passenger.

Adopting as a single mom, I was traveling by myself and felt more alone than I had in my entire life.

When I met my then 5 1/2-year-old daughter, I was pleasantly surprised as she came to me a little shy but otherwise quite happy and already calling me “Mama.” However, the next few days held many challenging experiences for both of us.

It was hard communicating with a child whose language I didn’t speak and who also didn’t understand mine.

My daughter did not want to leave our hotel room and any attempt to do so would result in crying, tantrums, and resistance. Sometimes I could get her down to the hotel lobby, but as soon as she realized we were going outside she would throw herself on the floor of the hotel lobby, and scream.

When we had appointments, it would help that my Chinese guide could talk to her and explain things, but when it was just me and her, it was hard to get her to understand that we were only going to get food or for a walk. I know now that her heart was full of fear that I was "taking her back."  But at the time, we both found ourselves frustrated, isolated by the language barrier, and afraid of things we had no control over.

My daughter seemed happy only when she was alone with me in the hotel room and had the TV remote in her hand. During this time, I kept a journal for my daughter documenting details of my journey to her. While embarrassing now, below are some entries from those first days as I expressed my frustrations:

I have no illussion about how horrible the above must sound to anyone who has not experienced the fears and doubts experienced by families formed under stressful circumstances. Yet by sharing, it is my hope that any family finding themself with similiar doubts feels empowered to reach out to their adoption professional at their placing agency.  These are not unique emotions, and support is available.

Each day did start to get better as we continued to develop a routine, and I learned ways to limit TV time, and build trust and bonding through made-up games, and play in the tiny hotel room that was our world for that first week.

At the end of the week we flew out of my daughter’s province to Guangzhou, and it was like someone had flipped a switch on her mood.

She was happy to leave the hotel and her fits grew less each day. I realized that her earlier fear of going outside was probably because she was afraid that while we were still in her province we could be going back to her orphanage. After that first plane ride, she began to relax.

We never know how a child will react when placed with their new family. Some will act like my daughter, refusing to go outside. Some will completely shut down and not interact with anyone. Others will grieve, cry often, and resist comfort from their new parents.

It’s important for the new parents to have a lot of patience to help their child get through this period.  It isn’t easy when as a new parent you are also jetlagged and experiencing culture shock in a foreign country.

But, as hard as those days were, they pale in comparison to the great joy my daughter has brought into my life.

We Need Families to Adopt Children with Down Syndrome