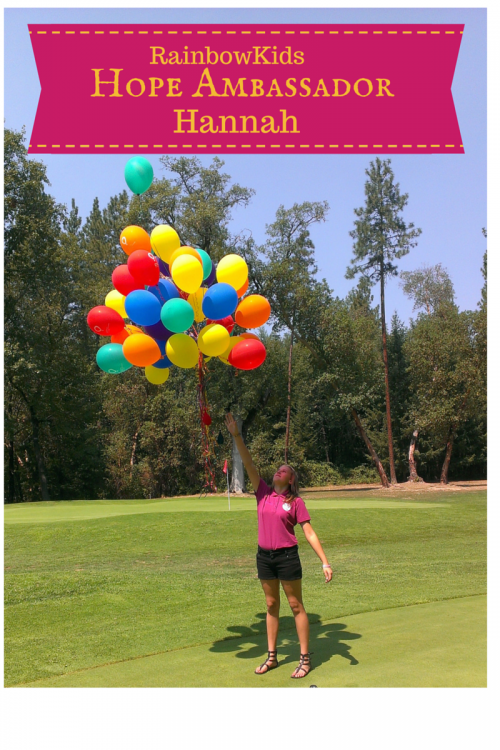 Since I have been with  RainbowKids I have had the privilege of meeting some amazing people. Really, my contacts have stretched across the world, from India to Ethiopia to Latin America to my own backyard. Time and time again I am taken back by one common theme among the people we honor in our Orphan Care section. They all have an incredible outpouring of humility. They need to be the face of their organization to garner attention but at the end of the day it is who they serve that matters most. When I have asked them what their proudest moment has been their answers invariably come back to one thing, that moment when they realized they had changed someone’s life.

Several among those we have featured are kids, some not even in high school yet. These remarkable kids have brought clean water to developing countries, collected thousands upon thousands of shoes for orphanages in Latin America, and provided hugs and hope to families in the neonatal intensive care unit.

Twelve-year-old Noah, our first Hope Ambassador, summed up his desire to help others perfectly, “Why go to bed to go to bed, when you can go to bed knowing you did something good, something right and something your heart can be happy for.”

With that being said, I would like to introduce you to thirteen-year-old Hannah, our March/April Hope Ambassador. Hannah has honored her grandmother who passed away four years ago by starting the organization Hugs from Heaven.  Hugs from Heaven provides gift bags filled with blankets and other baby goodies for families who are suddenly finding themselves living 24/7 in the NICU. In the beginning Hannah collected enough to fill twelve bags but four years later she has raised over $5000 and donated close to 50 bags to families at Asante Rogue Regional Medical Center. Her goal is to eventually collect enough to fill 300 bags for every child who passes through Asante’s NICU every year. “Hugs from Heaven is in memory of my grandma Nanny. She always wanted to be a Hugger in the NICU but got cancer and passed away before she got the chance to do so. I was only eight years old and I missed her very much. I wanted to do something in her memory, so I started Hugs from Heaven.”

Hannah fills the gift bags by asking for donations, at her annual December party, of homemade blankets, clothing, stuffed animals, diapers, homemade hats and socks, and anything else a baby needs.  She has also come up with another creative way to raise funds. This summer, on the third Saturday in August, she will be hosting the 2nd Annual Hugs from Heaven Golf Tournament. Her plan is to make this an annual event.

All the money Hannah earns goes directly to the NICU.  This year Asante's goal was to raise $10,000 for a new device to check the babies hearing.   The Hugs from Heaven's golf tournament raised a little over half of the money needed.

Being a seventh grader and running her own charity does come with its challenges however, “The biggest one is letting people know about it. We send out flyers but we don’t get very many people to show up at our December party.” In the end, however, Hannah doesn’t get discouraged because she knows she is doing the right thing, “I always feel like I’m doing the right thing, not so much at the parties but when I deliver (the gift bags). I see the parents crying with gratitude, and that always makes me feel good.” Hannah’s mom, Denise, is very proud of her daughter's accomplishments, “I see a lot of my mom in her. The thoughtfulness and caring. Always thinking of ways to help make someone smile.”

Denise offered some advice for fellow parents of children who want to change the world, “As parents, it is our obligation to teach our children that it is good to help others no matter how big or small. Opening a door for someone or donating food. Once they realize this, the sky is the limit. We need to help them and take the time to drive them around to help purchase things for them or whatever it takes. The children are our future and the sooner they can realize they can make a difference the better the world will be for everyone.”

When asked what she would like to tell our RainbowKids readers Hannah replied, “I want more people to care about the babies in the NICU. Some people like my grandma cared a lot but some people don’t understand that the babies are helpless and need our help.”

Visit Hannah’s Hugs from Heaven Facebook page to keep up with the latest news.  Donations can be made to Children's Miracle Network Asante Rogue Regional Medical Center in care of Hugs From Heaven.

If you know of an amazing young person who is changing the world and would like to see them featured as a RainbowKids Hope Ambassador please contact me.