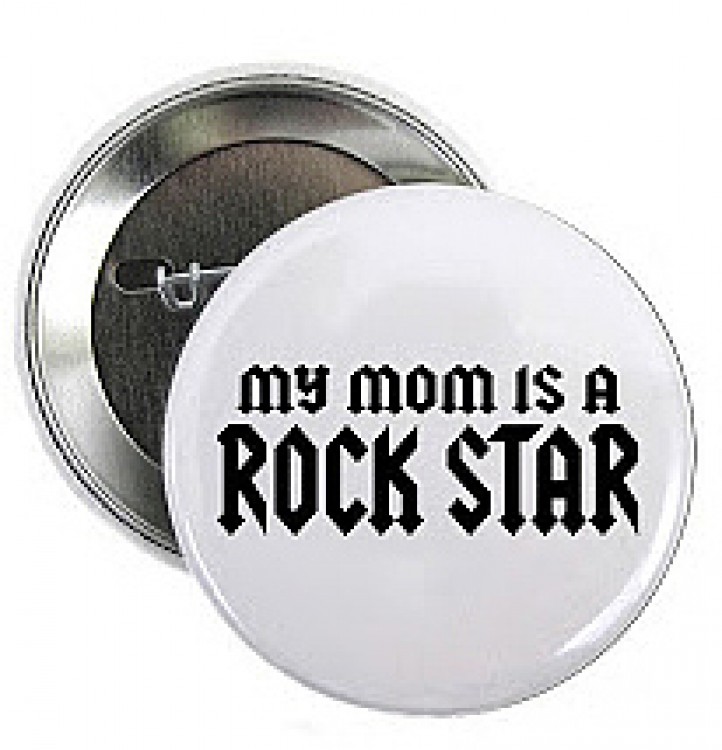 I've heard from several moms lately who think they have "failed" as a therapeutic parent because they're tired and they've reacted to one of their children's many, repeated over and over again behaviors.  There is such a pervasive culture among adoptive parents to be the perfect, non-reactive parent because this supposedly is what truly demonstrates unconditional love.  The ideas that were supposed to liberate parents and children to give them a new beginning and to create relationship have become an unbearable weight for too many tired moms who just cannot live the ideal perfect therapeutic parenting life they've perceived others must be living.  It breaks my heart and makes me angry all at the same time.

Yep, I'm reacting!  Dang it all!  I'm reacting because I'm tired of seeing other moms feel like they don't measure up and that they'll never be like the portrayal of someone else's public self.

If I can get my wonderful fellow trauma mamas to understand one thing it would be this:  YOU ARE AWESOME!  You are doing a job few others can do.  Few people choose to do the job you're doing because it's freakin' HARD!  You are raising a hurt kid with problems and issues and mental and physical trauma that no kid should ever have to endure, and through which no parent should have to navigate. This life of living with trauma and attachment issues caused by another adult before we knew our children is HARD.  You are an amazing success!

I am tired of parents being led to believe they must become the image they have in their heads of "perfect therapeutic parents" like Heather Forbes or Christine Moers.  Granted, these are very nice ladies.  They are intelligent and charismatic.  They are obviously very capable mothers with lots of experience and lots to share.  But they are not perfect.  Heather Forbes has had to navigate through tremendous personal loss.  Christine Moers may look like one, but she is no more a rock star than you and I are.  I believe both women would admit they react to their kids' behaviors sometimes, too.  I believe they would admit they do not always disengage.  They do not always feel loving warm fuzzies toward their hurt kids.  I'd bet there are even moments they wish their kids were "normal" and wonder what life would have been like if they hadn't adopted.  The difference between them and me, or them and you is they earn their livings by teaching the good stuff they've learned.  Did you hear that?  Teaching the good stuff they've learned is their BUSINESS.  That's why you see and read all the good stuff.  Yes, it is a business born of love and of wanting to help others, but they are business women.  Look beyond that and know they are also just moms: no better and no worse than you.  Heather and Christine and other business women like them are awesome.  But YOU are awesome, too!

As my kids get older, the more I realize they need to learn the world is not going to give a crap that they come from a hurt background.  If my kids pull the kind of stuff "out there" that they pull here sometimes, they're going to end up pretty lonely at best and in jail at worst.  People in the world are not going to put up with their reactions and triggers to trauma.  They need to use the tools they have (medication and behavior modification and therapy when it's appropriate) to navigate the world outside the doors of the home where their therapeutic mother lives.  If they treat someone like a jerk, they're going to get a reaction.  So here, at home, if I react sometimes – if I ENGAGE (oh, the horror!) – then THAT is therapeutic, too!  They are learning in the safest place possible how other people will deal with their crap.  The fact is, they won't.  Other people will withdraw relationship.  They'll yell back.  They might even press charges if things are really bad.  Know what?  So will mom.

What's different though is after the time that mom does engage and react, the kids can also learn that love restores.  Love repairs.  Love comes back together.  Respect is built over time.  Trust can be broken and when it is, it is not easily repaired.  It takes time.  Our kids need to learn how to do that, too

Now, please know I am not saying that it is USUALLY best not to engage a triggered kid.  In most cases, I think it probably is best to wait to process what's going on and to remain calm.  That way, when we do end up engaging, it is much more effective in stopping our kids in their tracks because they're EXPECTING us to be non-reactive.  It's almost like the old movies where the hysterical person is slapped in the face to snap them out of it.  The fact that we react sometimes is like a slap in the face to our kids.  It stops them in their tracks.

Later, we come back together and we process it.

As my kids get older, they are realizing I am a person, too.  I have emotions.  I have limits.  It doesn't make me a bad mom.  It makes me a human being: and human beings are what they need to deal with in this life.  They are learning their actions have consequences beyond losing privileges.  Consequences can mean hurt relationships.  It can even mean the loss of relationship.  Both kids have already experienced that consequence.  However, it doesn't mean they need to get into a cycle of poor behavior and relationship loss throughout their lives.

I remember going into a family therapy session a of couple years back, feeling like I was a failure.  I wasn't able to be non-reactive 100% of the time.  In fact, I came right out and told my kids they were behaving like spoiled, entitled 4-year-olds.  I said they were triggered and acting poorly.  I even yelled that I was a person too and I was sick of dealing with their crap!

Our therapist asked how I handled things after they'd escalated.  I told her the kids and I talked later when we were all calm and I explained I was a person with feelings, too.  I told them they could not treat me like they had and expect me to roll over and take it.  I reminded them they can expect respect when they also give respect and that relationships are a two-way street.  I told the therapist we said we were sorry to one another, and that the kids even meant it when they said it!  We repaired and restored the relationship.  It was therapeutic.

Contributed by "TraumaMamaT" of the Trauma Mama T Blog