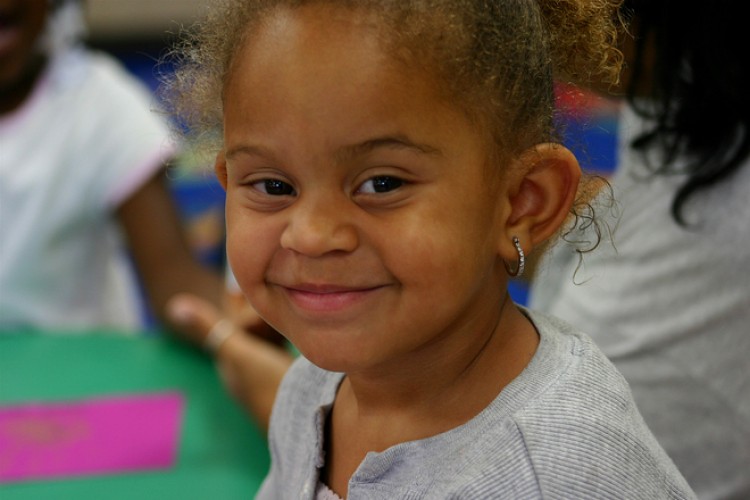 Cassandra, Sheryl and Leann, fifth grade best friends were playing jump rope during recess. Giggling and talking, they were interrupted by Benjamin who was looking for attention, albeit negative, by interfering with the rope. Leann asked Benjamin to leave them alone and stop annoying them. As he walked away, Benjamin said, “You’re the annoying one. Is that why your real mother didn’t want you?” The teacher, Ms. Jones happened to be sitting close by and overheard this exchange. What should she have done?

As parents we know that as our children enter the world outside the safety of their families,  especially in the school setting, we cannot protect them from the inevitable questions and comments related to their adoption.

To address this important concern, C.A.S.E. developed a training program/manual, S.A.F.E. at School: Support for Adoptive Families by Educators. Aimed at increasing educators’ understanding of the needs of adopted students and their families, S.A.F.E. presents “five proactive strategies” educators can employ to create a positive environment in school for and about adoptive families. One of those five important strategies is — ASSISTANCE.

This strategy encourages teachers and other school personnel to intervene when they directly hear, or learn, that an adopted student is being asked about adoption, or taunted as in the opening case example, by another student. Regardless of whether the other student is a best friend, fellow school/classmate, or the class “bully,” we want teachers to embrace the notion that providing “assistance” to their adopted student is almost always necessary.

While it may seem surprising to many parents that educators need to be taught this important “strategy” — that of course they would know to intervene — the reality is that it is not always an easy and comfortable practice for educators to undertake. Teachers often tell us that they usually only intervene between students when invited to or when there is escalating conflict and children are at risk for seriously hurting each other verbally or physically. While they may present classroom lessons/rules on how students should treat each other and handle conflict, teachers know that children often banter and tease each other. They may believe that “interfering” would take away their student’s sense of autonomy, inhibit their students’ abilities to learn how to manage their relationships and negotiate conflict, and undermine the student’s self-confidence.

To help educators shift their perspective, it may help them to know that adopted children of all ages tell us all the time that they wish their teachers would “do something.” Teachers may not be aware of this because the students are often reluctant to ask for their involvement — much like the student who needs academic help but is afraid to approach the teacher. Parents can help teachers understand how vulnerable adopted children usually feel about their family status and how extremely wounding even the seemingly “simplest” question can be. Even children who boldly state that they are “proud” to be “adopted” tell us that the questions they get asked are still tiresome. These questions/comments can be upsetting because they place emphasis on how “different” the adoptee is. And no child, proud or not, wants to constantly be reminded that he or she is “different.”

In addition, as school-age children have the cognitive ability to understand what adoption means — that they have lost significant people — their birth family, and perhaps their birth culture and country, they are grieving these losses and figuring out what adoption means about them. They are asking themselves questions like, “Why was I adopted? Was something wrong with me?” In closed adoptions, children often ponder, “Where are my birth parents? Do they ever think about me?” When these questions come from their peers — “Why were you adopted? Where are your birth parents?” “How come your real parents gave you away?” they go straight to the heart of what adoptees are struggling with.

Of course, children have different feelings about questions they get asked. Eleven-year-old Michael adopted from Korea resents when his fellow classmates ask him, “Where are you from?” Many children tell us that this question doesn’t bother them. But other questions do — ones that might not matter as much to Michael. How is a teacher to know if a child is feeling vulnerable or not? The best approach is not to try to guess, assume the vulnerability and to ALWAYS “assist” and step in.

For the student who willingly shares what most parents fear is “too much” — information that might come back to hurt the student in the future, stepping in and stopping a conversation from going too far may again seem overly intrusive. But parents can explain that they want the teachers to do just that — and support the message given by parents around the consequences of sharing too much what should be private information.

The following is an excerpt from S.A.F.E. at Schoolsm with examples of some phrases that teachers may use when they talk to students about adoption:

"Adoption is one way to build families. Adoptive families begin differently, but they are families, just the same as all families.”

“Sometimes adopted children do not want to share information about the reasons they were adopted. That’s their choice. But I can tell you about adoption.”

“Many families are adoptive families. There are more than 5 million adopted people in America.”

Returning to the girls and Benjamin, here is what the teacher did:

Ms. Jones asked Benjamin to join her, Leeann, Cassandra and Sheryl. Putting her arm around Leeann, she offered comfort, saying that what Benjamin said to Leeann was both extremely unkind and untrue. She told Benjamin that she imagined he was feeling rejected and lashed out in retaliation, but it is never OK to talk that way to Leeann. She also stated that his comment to Leeann also suggests that he doesn’t understand adoption. She wanted him to know that most mothers who place their children for adoption care very much for their children and want them to have good homes. She told him that adoptees prefer the term — birth parents — not “real” parents, as both adoptive parents and birth parents are “real.” She asked him if he would like to know more about adoption (adoptive families) . . . and that he could always come to her in the future if he did. She suggested both Leeann and Benjamin apologize for hurting each other’s feelings.

If you would like to learn more about S.A.F.E. at School and other C.A.S.E. publications, visit www.adoptionsupport.org.

Ellen Singer, LCSW-C, is an adoption-competent therapist/training coordinator at the Center for Adoption Support and Education in Burtonsville, Maryland.