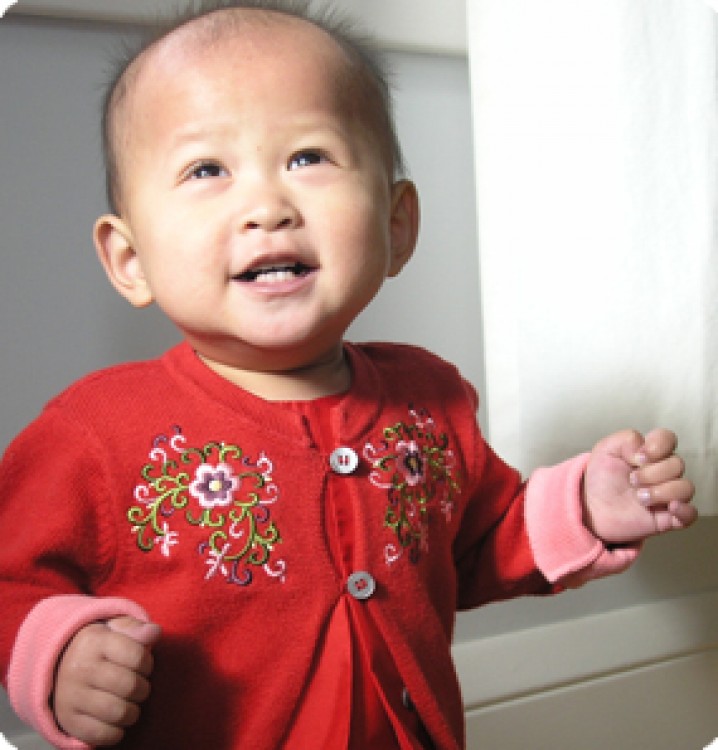 Hepatitis B is the most prevalent chronic virus infection worldwide, affecting an estimated 800 million people. The disease is found globally, with the highest rates in Asia and Africa and lower rates in the Americas. Local conditions, however, may lead to a high rate of infection in a particular region or institution.

Although most people with hepatitis B will never show any ill effects of the disease, a significant proportion will go on to develop serious complications including cirrhosis, liver failure, cancer or death. Treatment but not cure is available for some affected persons. Prevention by immunization is a major public initiative in many countries around the world.

Chronic hepatitis B infection is the most common serious infectious disease affecting children adopted internationally. Approximately 5% of all such adoptees to the United States have active infection at the time of arrival. A somewhat higher percentage of children show evidence of immunity from past infection or from immunization. Exposure to hepatitis B is found in children of all ages and from all countries. Since the blood tests for hepatitis B are simple to perform, relatively inexpensive and available in most areas of the world, adoptive parents may, quite reasonably, ask that their prospective child be screened for this infection. Many parents are dismayed to discover, however, that such pre-adoptive screening may not answer their concerns.

1. Hepatitis B screening tests (usually hepatitis B surface antigen or HBsAg) done in the countries from which most adopted children arrive are frequently unreliable. Often there is a lack of appropriate reagents, clean equipment or adequate training in the laboratory. Even if the test is run under good conditions, there may be difficulties with the actual blood sample itself. Common problems include mislabeled specimens, blood contaminated by unclean collection tubes and cross-contamination in the laboratory from other positive specimens. Occasionally, no blood or an inadequate amount was drawn from the child to run the tests supposedly done. Unfortunately, there is no accurate way to predict for any individual child whether or not the reported result is correct.

3. Drawing blood for the test may actually expose the child to hepatitis B or other blood-borne infections. Re-use of needles is very common in other countries, especially when there are limited resources. Sterilization of needles can be particularly difficult when hepatitis B is involved.

4. The test may be run too soon to indicate the child's infection status. Since the incubation (the time from exposure until disease) can be as long as 6 months for hepatitis B, it is possible that a child tests negative when he actually has incubating infection. This is particularly a problem for infants less than 3 months of age with infection acquired from mother-to-baby near birth. Older children may have been exposed through a medical procedure, transfusion or other blood contact.

5. Some children will accurately test negative before adoption but will show positive results after arrival in the adoptive home. As long as the child lives under orphanage, institutional or other non-optimal conditions, he remains at risk for hepatitis B. So, until that child is at least six months from the last possible exposure to hepatitis B, a parent cannot be absolutely assured that the child does not have infection. Although most hepatitis B infections are detected at the arrival evaluation, there are a few children in whom infection is not found until months after adoptive placement.

6 Testing for hepatitis B raises the cost of and may delay adoption. Although the screening test may not be expensive, there are many other hidden costs including personnel time to get the child, draw the blood, transport the specimen, and collect, translate and relay the results. All of these steps cost money and take time. If the result is uninterpretable or unexpected, more time is lost in repeating the testing or counseling all the parties involved.

7. Test results may label some children as "unadoptable." Although many families are willing to adopt children with unknown hepatitis B status or even known chronic infection, adoption agencies and authorities in other countries may feel that such children should not be placed for adoption. Some children will incorrectly be labelled as infected based on inaccurate laboratory tests and others will be denied the opportunity for adoption, even though hepatitis B is a manageable condition in the US.

8. There are no guarantees in adoption. Even though hepatitis B is a well-defined and apparently easily resolved issue, it is not the only, or even most common, condition affecting internationally adopted children. Focusing resources on screening for hepatitis B may decrease the efforts put into more important assessments such as the developmental and emotional health of the prospective adopted child.

9. Pre-adoption education of adoptive families is the most efficient way to deal with hepatitis B. When families thoroughly understand the issues, they can make an informed choice about whether to proceed with an international adoption, whether or not the child has been screened. Hepatitis B must always be viewed within the context of all the medical, social and emotional conditions affecting adopted children.

Adoption agencies, orphanage authorities, physicians and parents must consider all of the above factors in determining whether or not routine hepatitis B screening should be obtained in all children prior to adoption. Although there will always be circumstances in which such screening is essential for a particular placement, in many circumstances, parents may find themselves falsely reassured by an unreliable pre-adoption assessment.