5 Reasons to Adopt from Nicaragua 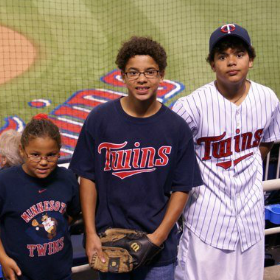 From Bachelor to Father of Three

Going from a single man to a father of three, what was I thinking?!

I adopted three wonderful children from Brazil in 2007. At that time my oldest son was ten, my middle son was nine, and my daughter was four. Brazil encourages keeping siblings together, so rather than learning about one child waiting for a family, I found three all at once.

Once CEJA sent pictures of my children, it was a matter of a month and I was off to Brazil to meet them. When I arrived in Brazil, I met my representative, Luiz. He has since become a family friend who I have remained in contact with throughout the years. He speaks four languages and was a blessing to have around through the entire process!
A bonding period of 30 days is required before the adoption is finalized in Brazil. During this time you are encouraged to spend time getting to know your children and enjoying the rich heritage found in the surrounding areas of Sao Paulo. Also, you meet periodically with the social worker who helps the children during their transition period. This was a great time for my kids and me: I learned a lot about their birth country which prepared me for helping them transition to their new life in the United States.

In Brazil, time is not as important as it is to us in the United States. It is part of the very laid back culture. Patience during the entire process is key. Courts are not open the entire day and waiting is part of the process.

Back in the United States my kids thrived in the public education system—trying to learn English as quickly as possible. The older they get, the more they want to learn. However, it was and is very difficult to encourage them to continue to speak their native language.

Adopting older children does have its hurdles and adjustments, but it has been a life-changing experience. My three children are loving, each in their own way. They have adjusted very well to their new life and have come to understand the value of a forever family. I have come to learn the blessing each child can be in my life and am truly thankful I have been given such a fantastic opportunity to be the father of my three wonderful children.

People always stop me and tell me, “Your kids are so lucky.”

To this I reply, “No, I am the lucky one.” My three children are a true gift.

Lutheran Social Service of Minnesota was not authorized to complete adoptions in Brazil at the time of my adoption. However, they played a huge part in my adoption homestudy and the completion of my adoption. They were there for me during my stay in Brazil if I had questions or if something came up. The staff was there to help me every step of the way.

Finding Their Identity Outside the Slums of São Paulo, Brazil

Why Should You Adopt from Latin America