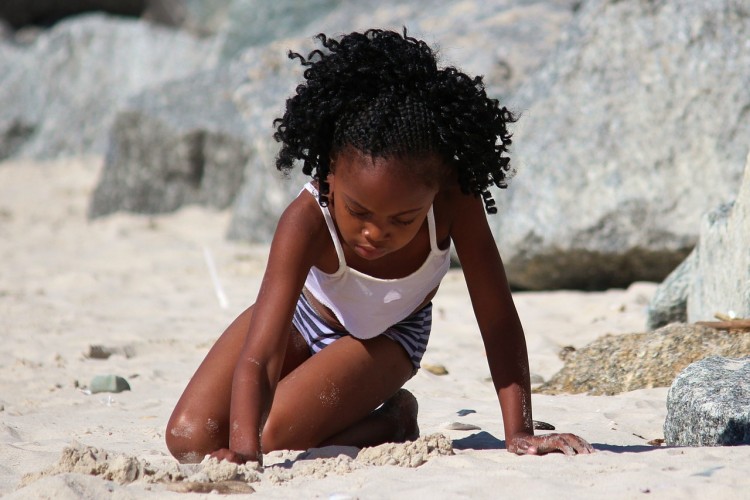 In 1998 I was pregnant with my daughter when I was arrested for possession of crack cocaine. I was given a conditional release to go to a drug treatment program but for a long time I could not get it right. First I ran away from that program. Then, when I was let out on bail to give birth to my daughter, I purchased some crack while I was bringing her home from the hospital and started using again. When she was 6 months old, someone reported me and the child welfare system put her in foster care. Honestly, I felt relieved because I knew I wasn’t doing right with Ebony. Once she went into care, I didn’t have to worry about whether she was safe.

When I look back today, I think, “Oh my God, I can’t believe that was me.” It’s horrible how much I lied and connived. I was just so heavily into my addiction. I was in foster care as a child and, when I was 12, got involved in drugs with my mother. It was all I knew.

Soon after my daughter was removed, I got locked up. I got out in October and was back in jail in January. By then, I wanted to stop using but did not know how. I prayed, “God, I’m too stupid to get clean on my own.” I was sent upstate to Bedford Hills Correctional Facility and by the time I got there I was more alert because I had been clean for months. I said to myself, “I’m going to start communicating with the agency.” I could relate to my daughter’s struggle and, once I was clean, I was committed to getting her out of foster care.

My daughter had been in care a year and a half at that point. I asked for reports and pictures of my daughter, but I never got visits. All I knew was that she was with a Spanish family and I was concerned that she wouldn’t speak English. She was 3 years old when I saw her again.

While I was locked up, the agency filed to terminate my parental rights, and when I came home it was in progress. I told the caseworker, “I don’t know what you’re talking about. This is not abandonment! I wrote you letters!” The worker said, “Wanda, if you see the process as stretching between A and Z, you’re at M right now. You can still turn this around.” I said, “No, you still have a chance to turn this around. What do you need me to do?” I didn’t have a struggle with the agency after that. I was compliant and had workers that worked with me. I graduated from a drug treatment program, took parenting classes, found my own apartment, and found preventive services. My grandmother was my backbone through it all. She supported me when I didn’t believe in myself.

When I began visiting my daughter, she couldn’t stand my living guts. Ebony was afraid of me and was really not nice. She wouldn’t talk to me, she’d scream when I got near her. She’d sit under the desk for the whole visit, or keep running out in the hall to see her foster mother. I would keep reading, “And the bear said...” and if she looked at me I’d say, “Hello, Ebony.” Of course I went home and cried.

At first, the foster mother and I did not get along. I felt that the foster mother’s presence during visits was making it harder for us to bond. My daughter kept going out in the hall to talk with her foster mother, and it made me crazy. I said, “I’m going to ask them to remove the foster mother from the agency during the time of my visit.” She fought me tooth and nail, one mother fighting another mother. She would say my daughter acted out after visits and she blamed me.

Still, I went step by step – I kept working on my relationship with Ebony and went from supervised to com- munity visits to weekends. Ebony and I got closer when I was able to take her out to the park and then, when we had weekend visits, I could do little things like wipe her face and do her hair and put on her shoes. When I could sleep with her next to me I felt really connected with her. I’m emotional, and when her little hand would touch my leg, it would send chills through my body. As my daughter’s foster mother realized that my daughter was real- ly on her way home, she began to be a friend to me.

‘We Can All Live Together’

The day my daughter came home for good, I felt like I should give Ebony back to the foster family because they loved her so much and she loved them. We’d had overnights, but it was nothing to prepare any of us for what felt like the final goodbye. That day, the whole foster family brought her to my door. They pulled up in a minivan with about 15 Spanish people in it, brothers and sisters, all crying – crying on the floor, crying in the street, taking all of her belongings out of the car, screaming, “My princess, my baby.” I was like, “Oh my God, they’re killing me.” Part of me actually felt like I was doing something wrong by getting my daughter home. Another part felt overwhelmed.

I was actually planning to end their relationship with my daughter. I wanted her home with me, period. But later on, when I was bathing my daughter, she said to me, “This is what we can do. We can put your house and their house together and we can all live together.” My heart went out to Ebony. I’m a woman of compassion, and I told myself, “There is no way I’m going to end this relationship. I can’t do that to them or to her.”

In the months after my daughter came home, her foster family continued to show love to us both. I called her foster mother once and said, “Why isn’t this child eating?” We realized that Ebony was used to Spanish food and I cook black people food. So her foster mom would bring pans and pans of food. She taught me to cook pastelitos and peas and rice.

Today my daughter is 10 and she is an amazing little girl. I’m working as a parent advocate at the Brooklyn Family Defense Project, which represents parents in court and supports parents by assigning a lawyer, social work- er, and parent advocate to each case. I tell the parents my story. I pull out my dispositions and my certificates and say, “You can sit on this side of the desk if you do what you need to do.”

My daughter’s former foster mother is still part of our lives. She often babysits since I’m working and going to school, and Ebony stays with her in the summers.

We don’t always agree – she thinks I’m too strict and that I don’t feed my daughter enough, telling me, “She’s too skinny! She needs to eat.” I think she lets my daughter stay up too late eating anything. I’m big on boundaries because I didn’t get any when I was a child. Even so, I truly appreciate her love for my child. I’ll curse her out in a minute, but I love her, and I know she loves us both.

Adoption and Foster Care in the Classroom