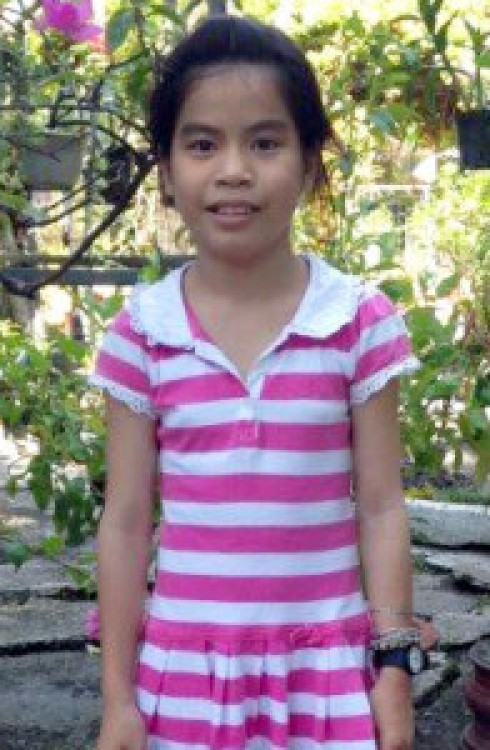 In 2008, I traveled to Vietnam to meet my four-year-old daughter, who I would name Lily. I was so fortunate to have had the chance to spend a week getting to know her before she was able to come home. During that week, I was blessed to have the opportunity to play with the children and get to know the nannies who had given love and care to my daughter.

When I met Lily for the first time, I was captured, overwhelmed by her beauty and completely in love. What I didn’t expect was to also fall in love with her best friend, Nhi.

She was always by our side; everything Lily and I did, little Nhi was there to follow. My time in Vietnam became about the two girls. We played, danced, and cuddled together.

While the purpose of the trip was to bond with Lily, Nhi also stole my heart. She was just a little thing but had a beautiful spirit that was larger than life. By the second day of my trip, I began inquiring whether or not Nhi was available for adoption.

As I was leaving, little Nhi asked Henry (our agency director in Vietnam) ‘when her mommy was coming back for her.’ This brought me to tears and made me realize this little girl was destined to be my daughter and Lily’s sister.
By the time I got home with my little girl, I knew I had to go back for Nhi.

Immediately, I started the process, not knowing where it would take me. Almost instantly, I started hitting roadblocks. This went on for two more years until changes in my family prevented me from adopting again. At that point, my efforts stopped until part two of the story catches up.

In 2010, I went through a divorce; things were dark until I met Laura and her three amazing kids. I always wanted to be a father, but my 10-year marriage was not a stable enough environment for kids.

Now with my age, the opportunity to meet someone, fall in love, get married and have kids just didn’t seem realistic. With Laura and her kids, I felt like I had my family.

Her kids were very welcoming and accepting, but as much love as I receive from them, I still don’t have anyone to call me Dad.

Lily and I have had a special bond from the beginning, and I have been hearing stories of her best friend Nhi from the start. Laura has also told me about the little girl she loved and tried to bring home. She has shared numerous videos and countless pictures with me, but her divorce ended her efforts of bringing this special child home.

Over the years, Laura has arranged for friends to visit little Nhi where gifts and letters were exchanged between the girls. She never gave up hope.

After our engagement in 2012, we started investigating the possibility of bringing Nhi home again.

This is where Part One and Part Two of the story come together. After a two-year lapse in effort, we were still running into roadblocks.

Skip ahead to 2014. We are married and discussing expanding our family, but our age was a prohibitive factor.

With this, we gave one last effort to bring Nhi home.

We called Henry and he gave us a sad message, “Adoptions are closed from Vietnam to the U.S. Forget about Nhi. It’s not going to happen.”

So with this, we gave up.

On Tuesday, February 17, 2015, Laura received a Facebook message from Heather, a special friend and mom that Laura met while they were both going through the adoption process in 2008.

Heather, who lives in Minnesota, received an email from Dillon International, an adoption agency that had just been licensed to reopen the Vietnam adoption program.

Heather recognized Nhi in a thumbnail picture and forwarded it to us in Seattle. Not only is Nhi available but also she is approved for a U.S. adoption. This HAD to be a miracle.

Nellie’s Story and an Update on Nhi:

I’ll never forget the day I got a nearly breathless call from a lady about a child in Vietnam. Only a few minutes earlier, I had sent an email about the first group of Waiting Children in Vietnam.

She rushed through the story about meeting a little girl in 2008 who was her daughter’s best friend at the orphanage. And now, someone had told her that the same little girl was available for adoption through our brand new Vietnam Special Adoption Program.

Could this be the same child? I looked in my Waiting Child files, and sure enough, the little girl whose picture and story had been in the email was indeed named Nhi, and she was in the same orphanage where Laura had met her years earlier.

Laura wasn’t sure what to do next, but I knew from the moment I picked up the phone that this was a very special story that needed to have a special ending.

Laura and Aaron applied to adopt and were approved. They sped through the home study, immigration approval and all the paperwork that comes with an international adoption.

And now I’m so happy that this month … only 13 months after that first phone call … the Shriner family will be traveling to Vietnam to be reunited with the daughter they have waited for since 2008.

Nhi is scheduled to be the fourth child from Vietnam to arrive home in the United States since the program closed in 2008 and reopened in the fall of 2014.

We are rejoicing with the Shriners and are so happy for 12-year-old Nhi and her best friend who finally will be her sister, Lily.

UPDATE on April 4, 2016: Nhi's adoption was finalized today in Vietnam!

If you’re considering adoption, I hope this story inspires you. I invite you to attend Dillon’s free one-hour adoption webinar to learn more about the adoption process, needs of the children who are waiting for families and requirements for parents.

A Gift Only Adoptees Can Give

4 Reasons Money Cannot be THE Factor in Adopting