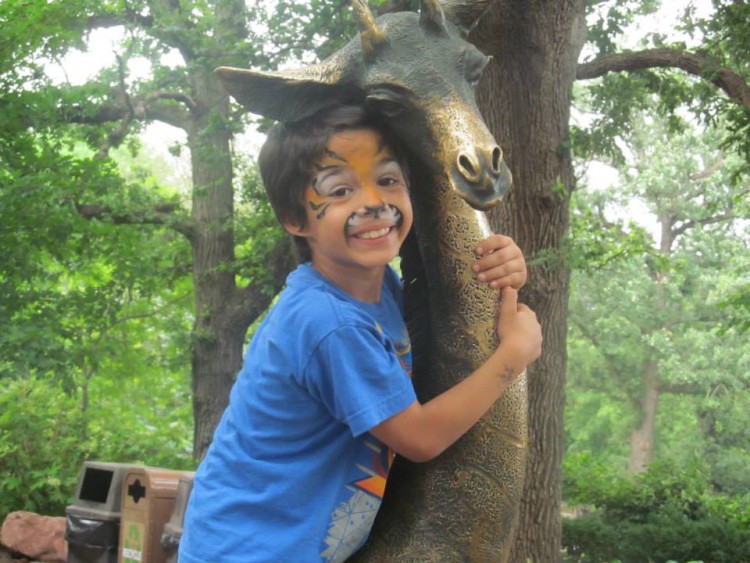 As a deaf couple who has been blessed with five healthy, hearing daughters, we had always known that we wanted to adopt a deaf boy. Little did we know the journey to find our son that we began in 2011 would take us to where we are today in process of adopting our third son from Bulgaria! Bulgaria has proven to be a great country to adopt from as a deaf couple. It all began with an email from Rainbowkids! We had been receiving emails from Rainbowkids.com when deaf/hard of hearing children were up for adoption for a few years. It wasn't until the end of November 2011 that I received an email from Rainbowkids about a 6 year old boy that just resonated within me and hit home. I emailed Children’s House International, the agency the boy was with on December 8th and asked for more information. One week later, I was told that another family was in the process of adopting him and I was sad but happy to hear that he was getting a forever home, just not with us.

After speaking with the Bulgaria case manager at Children’s House, we decided to move forward to begin a home study to submit a dossier in the hope of finding another deaf boy waiting in Bulgaria. There are few deaf programs for children in Bulgaria. Imagine trying to communicate your needs or wants to someone not being understood. We knew in our hearts that Bulgaria was the right place for us to find our son.

In February we received an email from our case worker at Children’s House, letting us know that the little deaf boy that we were interested in last December was available and did we want him?! We were ecstatic and in shock! Apparently, the family that was in process of adopting him was unable to continue and the foundation in Bulgaria had requested Children’s House try to find another family for him. I had told our case worker to let me know if he was available again. Praise God, is all I could say. This little boy was living in an orphanage in a small town that had no deaf resources. This meant he had no communication skills aside from gesturing and pointing. Imagine trying to communicate your wants or desires and not being able to get that across to anyone. I knew he was one frustrated little boy that just wanted to shine.

After endless paperwork, a one week visit to meet our son, more endless paperwork and a court hearing, it was time to travel back to Bulgaria to become a forever family! Forever Family Day was a day we will never forget. It actually started out a bit crazy! We were to meet Petar (our driver, and also our lawyer) at 730am to head to Targoviste, which is 5 hours from Sofia. However, we all overslept! Our daughter who travelled with us woke me up saying that we got a phone call from the front desk saying that a Mr. Petar was waiting for us at the front desk. How embarrassing! We had set our 2 alarm clocks! Unfortunately, they did not go off. I had woken up at 430am, as I was sleeping restlessly and looked at my phone and saw it was too early to wake up. I forced myself to go back to sleep, and finally fell asleep after tossing and turning as I was so excited to get our son. Well, after rushing around to get dressed, and grabbing some breakfast to eat in the car, we were well on our way!

I immediately start feeling anxious, and excited! I could not believe we were so close to seeing our boy after 4 months of waiting! During the four months between our visit trip and now our son had been taking classes at a deaf school during the week and returning to the orphanage on the weekends. He was being instructed in Universal Sign Language which is somewhat different from American Sign Language that we speak. We arrived, and parked in front of the orphanage. Seeing the orphanage brought back so many memories of when we visited our son back in September. We walked up to the front door, and rang the doorbell. When I looked through the glass doors, who did I see come walking up with a worker? It was our son!! Unfortunately, we do not have a picture capturing the next moment, but it is forever etched in my mind. Our son saw us, and started running to the door and opened it for us. He immediately came running into my arms! Praise God! I had been anxious that he would have forgotten us, but he didn't! Our son was so excited to see us, and right away said that he was going to leave and fly with us. I was floored that he understood the concept that he was leaving to come home with us. We went inside and waited for the Director to be available for us. Our son kept talking to us, so excited and ready to go. We told our son we had to wait and do some paperwork first. We went into the Director's room and sat down and waited while Petar and the Director talked and went through the paperwork.

It is such a poignant moment for us that we actually are now responsible for our son. We gave the Director a gift, and gave gifts to the workers to thank them for taking care of our son until we were able to come for him. The Director started tearing up while I was thanking her for our boy. We asked if we could have a group picture of her and the workers who took care of him, and she said sure. It wasn't long before the workers started coming in to get pictures taken.

It was a very emotional moment, because right after this picture was taken all the workers came up one by one and said goodbye. You could see some were tearing up, and how hard it was for them to say goodbye. Our son hugged them all, and some gave him kisses and one told him to be good. The Director was very emotional, and said goodbye last. We then grabbed the bag of things that we had bought him on the first trip, and headed out the door to get into the car as we had a 5 hour trip back to Sofia. Our son was super excited to be leaving, and kept saying let's go. It was very bittersweet, because I knew he was leaving behind the only thing he ever knew. Our son had been at this orphanage since he was 3 days old. Despite being so happy to leave, I know that eventually he will get sad and grieve. We have made sure to take lots of pictures of the orphanage (we were so fortunate that we were allowed to take so many pictures!) so that he has something to look at to remind him of where he came from.

I am so very thankful to have been led down this journey to adopt our son. God opened so many doors, and enabled this to happen. I cannot imagine doing this without our heavenly Father leading us the way. Praise God for all he has done for us. I look forward to our future with our family knowing that we have been blessed. Thank you, Lord, for everything you have done to make this happen.