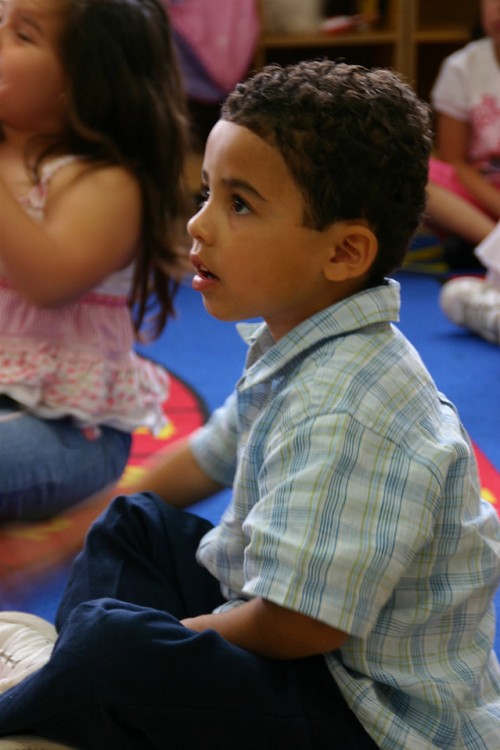 Adoptive parents often receive unsolicited comments about the physical differences between them and their child. The differences can lead people to make an erroneous assumption about one of the parents, the child, or the relationship. As a blue-eyed, blond Caucasian adoptive mother of a brown-eyed, brunette Hispanic boy, I have heard my share of these remarks, mainly from well-meaning strangers. Although some of the statements were rude or thoughtless, there is a bright side. Many of the comments are funny – in retrospect. Furthermore, if it is any consolation, they change somewhat over time.

The first remark came twenty-one years ago, before our son Trip had even arrived. I was explaining to a photographer, in the presence of my husband, that we would soon be traveling to Central America to bring our newly adopted baby boy home. I told her we wanted to schedule a portrait session for our son. In response, she inquired if he looked like us.

“Not really,” I said, “because he has brown eyes and brown hair.”

Laughing, she answered, “That’s so funny! Everybody will think you had a baby, and it wasn’t your husband’s!”

My husband and I just stood there speechless. I have had no trouble coming up with a polite – and often noncommittal – reply to unwanted remarks over the years, with that one exception. (I thought but did not say, “Gosh, you have a dirty mind!”)

As Trip was growing up, there were occasional comments connected to our differences. The strangers involved fell in one of three categories: those assuming I was the biological mother, those uncertain whether I was the biological mother, and those assuming I was the grandmother (perhaps due to the difference in both age and ethnicity). For example, a woman in the first category looked at my tanned toddler and then said to me, “Your husband must be very dark because you’re so fair.” A man, eager to talk about his adopted daughter, in the second category said, “Is your husband of a darker persuasion, or is your son adopted?” A woman in the third category told me my “grandson” was adorable.

Now that Trip is an adult, we have entered a new phase of misconceptions about our relationship. My son is handsome and very muscular due to weight lifting. Recently he and I were walking together. We approached a woman sitting on a bench. She looked at Trip, looked at me, looked pointedly at him, and said to me, “You go, girl!”

Renee Henning is a lawyer, an author on adoption and other subjects, and an adoptive mother. Her writings have appeared in adoption-related publications (e.g., RainbowKids, Adoption Today, Adoptive Families, Ours, News From FAIR, Roots & Wings, Face Facts, International Concerns For Children Newsletter, Adoption Advocates Newsletter, and the book The Adoption Option Complete Handbook, 2000-2001) and other publications (e.g., Washington Post, A Day in the Life of Public Service Lawyers, Catholic Digest, National Catholic Register, Hudson Herald, and The Free Lance-Star).

How to Build Bonds with Your Adopted Child