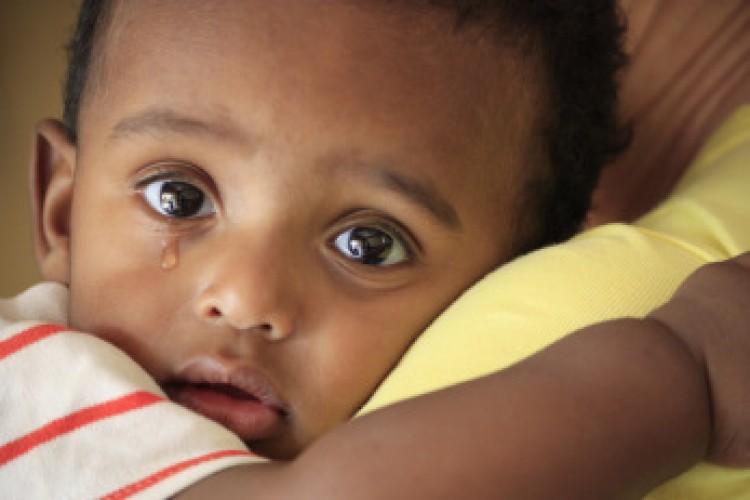 The Grace Center in our city is an amazing project that although has many imperfections, the Father has continuously worked miracles through this place.

The Grace project’s main focus is what I would call “orphan prevention”. I guess if we were to get super technical, that might not be the most applicable term to use. One thing that I never realized until a few years ago is that if you are a child with just one living parent then you are considered an orphan. I had always thought that orphan meant both your mother and father have passed away. That is actually called a “double orphan” as I have now learned.

So perhaps to be extremely technical we should say that Grace Centre supports orphans in order to prevent double orphans, in other words, to prevent single mothers from abandoning their children.

In the places of our world where people live in extreme poverty, making $1 or $2 a day if they are lucky, you can simply imagine how extremely difficult it would be to care for a child, especially if you are a single parent. Family and community is everything here. To be cut off from either of these bodies is imminent of complete loss, failure, and even death. Many single mothers are ousted by their family after having a child out of wedlock or conceiving by rape. Many moved to the city from the countryside to find work, only to become pregnant, and for years have feared returning to their family for fear of what they might think, do, or say. For over 8 years now, Grace has provided women in such circumstances with free day care service so that they are able to work and support themselves as well as their child(ren).

It has been amazing to personally witness so many different women benefit from the service that Grace Centre provides in order to keep their child. I would argue that because of Grace Centre the “orphan crisis”, at least in this regional capital city, is not really a crisis at all.

Grace Centre has never been an orphanage, although our children’s home has most definitely functioned as an orphanage should.

The crazy thing about “temporary care” is that the government here has had an ever changing and ever evolving outlook on how they want to handle orphan children. From 10 or 15 years ago up until about 2 years ago, this country was very open to international adoption and thousands of children were being adopted out to foreigners. In one sense this is good, and in another it is not.

The hard reality to grasp about orphans is that most of the time parents or relatives can care for these children, they simply need a little bit of assistance or education. The other hard reality to accept about poverty stricken places like this, is that when the doors are wide open for adoption, there are many children that get thrown into orphanages who may not necessarily need to have been. As I have witnessed here, the result of such a system only leads to adoption becoming a profitable venture to take on by some.

This has changed though, and is changing. Being a “temporary care” facility technically means that the local government can place children in our care temporarily until they find another solution for that child. The problem is, the local government does not have enough workers to actually find other solutions. So “temporary care” (by definition is 6 months or less) turns into “long-term” care.

In the past, the easy and quick solution was to send the child to an orphanage so that they would then be available for an international adoption. At one point in time Grace Centre was partnered with an orphanage where our temporary care children would often be sent, and then adopted, but the government stopped allowing this solution about 6 years ago. So over the past 6 years, Grace has had to be creative themselves about finding solutions for these kids in our temporary care center.

Funny enough, the local government has known in theory what they want to see happen, but Grace has been the one to reunify children with birth families, place children in foster care homes, and help see domestic adoption become possible.

Never has this been more of a reality than what we witnessed just a couple of weeks ago.

At the end of April, six children under the age of one year were sent to the Grace Centre home from another child care organization that was closing. That particular center’s intention was to care for children for 6 months and then send them to a partner orphanage to be adopted internationally. This is how that center made money.  But the government is now strongly against this, and because more kids were not placed in their care, this center was forced to close due to lack of funding.

Those 6 children had all been abandoned, but one of them had a somewhat mysterious file. It had his birth parents’ names and had information about where they lived. The Grace Center reunification officer was able to find them and discover that they had not purposefully abandoned their child. This 10 month old boy had [has] a twin sister in fact who was with the mother and father. After giving birth to twins, this mother and the one baby boy became quite sick about 1 month after the birth. So they returned to the city hospital to get treatment. While there at the hospital, mother and baby were in separate rooms for treatment. Once the mother was feeling better, someone came to them with their baby son’s clothing and said that they could go. Being from the countryside, this mother and father simply assumed that meant their child had died. (Sadly enough, this happens often and most people do not think much of it.) Nine months later, this baby came into Grace Center care, we found the birth parents, and they came to Grace Center to take their child that they thought had died 9 months earlier! Can you imagine?

As you may be assuming, there was likely some shady activity occurring at some point in that story. This forces me to believe that many national children have ended up in a orphanage that may have been in a similar circumstance. My point is not to say that it is a shame so many kids have been adopted internationally. That is not my feeling at all, and in fact I praise the Father that so many kids have been adopted and are with a loving family somewhere that cares for and supports them.

My point is, as Believers of the Word, we are commanded to care for the orphan, but we have to be smart and realize that 90 percent of the time, there is an easier and better solution for the 5 million orphans, in this particular country alone, than an international adoption. If more places like Grace Center exist, then many more children will have a better chance to remain in the care of their blood family, which should always be the priority if it is a safe situation.

The troubling reality, is that there will always be children that are true double orphans and have no known family. In the country we serve in, the mood is shifting, and the government is working hard to get citizens to adopt their national orphans. This is good! But it requires wisdom and a process. This is a new concept for nationals, and 80 percent of the people simply can not adopt anyways because of their own poverty status.

However, we must pray that godly nationals will step up to the plate and adopt. Just last week, 5 children in the care of Grace Centre went to live with their new family, two different national couples making this bold choice to adopt. We are excited about this and excited that for the first time ever, there are legitimate new pathways for our orphans to have family.

There is so much that I am leaving out, but my goal is to simply try and explain the real situation on the field. In America, we get bombarded with statistics about orphans in order to burden our hearts to care for them. We are naturally drawn to fancy flyers, presentations, and heart wrenching ads that guilt you into sending money their way. While large organizations do many wonderful things, lots of money is thrown around on things like fancy cars and buildings, thousands of overly-paid foreign staff members, or other unnecessary assets. My advice…forget about the statistics. Grass roots is the way to go…find a small project that you know is legitimately caring for orphans in the best ways possible, and support it.

I am working at Grace Centre, and I handle the finances that come in. We employ 105 locals to run our day care and children’s home. It costs us $20,000 USD every month to keep the center running. Roughly 200 kids and their mothers directly benefit every day from the services Grace provides.

Over 60 kids have temporarily lived at the Grace Children’s Home and are now with a forever family because of the hard work our social work team does every day.

IT IS A MIRACLE that baby Yohannes is back with his family. And that is just one of many miracles we are privileged to have witnessed at Grace Centre.

All of the children receiving services through Grace Center are either sponsored or in need of sponsors. Grace Center cares for these children based on their need so there will be 50 to 100 children at any given time that are in need of sponsors. Sponsorship is only $45 a month and this covers food, medical, clothing, and school or day care depending on the age of the child. Sponsorship can start with a pregnant mother and can continue for people in university. The purpose of Grace Center is to see families become self-sufficient so many of the families will be sponsored from anytime to a few months to a few years and then they will become self-sufficient. Grace Center has seen more than 130 families become self-sufficient. Make your first payment and you will receive information about your child. Updates will be sent at least yearly. If you have any questions, feel free to contact them.

Connections of the Heart