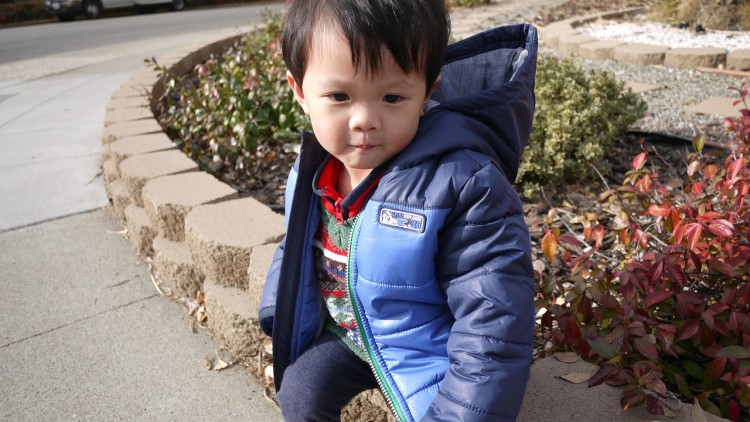 I began thinking about adopting several years ago, but chalked it up to wishful thinking.  Time went on, and I realized that adopting a child truly would be a wonderful way to add to our family.  My husband and I had been blessed with three daughters biologically, but our family did not feel entirely complete to me.

With persistence and love, I was finally able to convince my husband that our family of 5 would be so much nicer with just one more.   I spent 9 months paperchasing, and vividly remember a discussion with my sister who had completed her NSN (Non-Special-Needs) Chinese adoption the year prior.  Regarding the SN (Special Needs) process we both agreed that "when you're pregnant you don't wish your child would be born with a SN, so why on earth would you ask for one in an adoption?"

The week after we our Dossier was sent to China, I received a packet from our agency recommending what to do while we waited for a referral.  They are pretty smart, and included a FAQ's sheet about Special Needs adoptions (SN).  That answered several questions I didn't even knew I had, including how to ensure that you are only referred SN's you think you might be able to handle.  I had no idea you could choose the needs you felt comfortable with.

What really got me thinking about SN's, though, were the pictures.  After spending 9 months dragging around a binder 3 inches thick, and working almost every day on some part of it, once we were DTC I was at a loss for what to do with myself.  I started surfing the web, and found Waiting Children Photolists .  Surely all children are waiting, I said, wondering why some got to be put on lists for all to see.  I quickly realized these were the SN's kids, and their pictures captured my heart.

I began to realize that it was not in me to offer our home only to a child that was "perfect" physically.  I had always thought of Special Needs children as being those with incredible medical or mental handicaps that would be overwhelming to our family. And so it was a great shock to learn that two of our biological daughters would be considered SN's.  One was born with a second thumb on one hand.  A single surgery at 6 months, and it has not been an issue since.  Another daughter has a life threatening food allergy.  That is a day to day battle to keep her safe and healthy.  In relation to that, many SN's seemed eminently do-able.

By the time our dossier has been received in China, I had applied to our agencies Waiting Child program.  It was a huge decision, but the largest factors in deciding what SN's we were open to were based on a few key points:

We were referred a 19 month old boy with untreated bilateral clubfoot in December, 2006.

"No problem", I told my husband.  A simple surgery or two, and it will all be behind us.  He had joined me on the SN bandwagon, but just barely.  He was not very hip to the idea of complicating our lives any more than necessary.  We sent in our LOI (letter of intent, or acceptance of this child's referral), and began waiting for the approval to travel to get our son.

During that 3 month wait, I began to research doctors and found a bombshell on the internet.  There was a whole different, non-surgical method of correcting clubfoot.  It's named the Ponseti method, after Dr. Ignacio Ponseti who pioneered the treatment, and who is unbelievably still practicing at the age of 93 in Iowa.  Why was this not something everyone knew?  I didn't remember THAT from medical school.  Surely it was quackery.  Only the more research I did, the more I realized this was a very viable, valuable method of clubfoot correction.  Not only was the child not subjected to surgery, but it worked on the premise of coaxing the bones in the foot to remodel naturally.  Children treated with the Ponseti method  have much less pain during treatment and a much lower rate of arthritis of the feet and ankles later in life.

Unbelievably, there were no doctors within a 150 mile radius of us that are actually certified by Dr. Ponseti.  Several doctors in the vicinity practice it, but I found many parents who were dissatisfied with their outcomes.  The treatment really requires that the method be followed to a "T", and that the doctor truly understand the bones in the foot.   On top of this our son would be almost 2 years old by the time we started treatment.  That's geezer status by Ponseti method standards, as most babies are casted within a week of birth.  We wanted a doctor that was fabulous, and that had an ongoing relationship with Dr. Ponseti, to take advantage of his expertise.  On many recommendations from " been there, done that" parents, we decided on Dr. Stephen Lund, in Dallas, Texas.  Our drive would be 4 ½ hours each way.  (See # 2 abovefunny how things work out like that, isn't it?)   My husband was still dubious.   In his mind, surgery was surely good enough and certainly more convenient.

The standard Ponseti method is 3-9 plaster casts, each one on for 5-7 days.  This is followed by a tenotomy (small and done under a local anesthetic in the office) where the Achilles tendon is severed.  A three week plaster cast is placed to stretch the tendon.  After this, the child graduates to a brace which holds both feet rotated outwards and is used to maintain the correction gained thru casting.  The bracing time is 23 hours a day initially, gradually weaned down over many months to bed and nap time only.  The brace is worn until the child is 4 or 5.

Because our son was older, and because he also has arthrogryposis (discovered after we returned home with him) his treatment differed somewhat.  His arthrogryposis caused his feet and ankles to be incredibly stiff. The only joints that moved were his toes.  Having nothing to compare to, I thought this was normal.  Dr. Lund, however, stated Noah was the most severe case he had ever seen and did not think casting would work.  He was encouraged to try casting by Dr. Ponseti, if only to loosen the foot for later surgery.

Noah had 10 casts, a tenotomy, then the three week casts, plus two "touch up" casts after that.  The casts didn't seem to bother him, and by the end he was walking, running, and even dancing in them in a very stiff legged, Tin Man sort of way. When his casts finally came off his feet looked wonderful, though still stiff, and we had completely blown our mini-van lease mileage out of the water, having made  fifteen 9 hour round trip drives in 12 weeks.   Noah then spent 3 months wearing the brace 23 hours a day, and getting around just fine, including climbing up and sliding down our "Little Tykes" style play set.

At our 3 month check up Dr. Lund asked us to see Dr. Ponseti in Iowa due to the significant residual stiffness in Noah's ankles.  The next week we were sitting in Dr. Ponseti's office, where the official verdict was "He has stiff feet due to the arthrogryposis.  We'll never change that.  He needs to be walking as much as possible."   Dr. Ponseti recently modified his protocol for older kids, allowing them out of the brace much earlier and deciding that the use of the muscles and bones did more to maintain correction that keeping them braced.  He also told me that just 2 years ago he would have simply recommended surgery, not thinking casting alone could possibly work on an older child.  It has been cases like Noah that have made him change his mind.  That's important to know, since many doctors, who are not in a close working relationship with Dr. Ponseti, will assume that an older, adopted child is automatically not a candidate for casting.

Just like that we went to night and naptime bracing only, and Noah literally took off.  He was so thrilled, and we were so unprepared for this, that he insisted on walking, barefoot, the length of the University of Iowa clinic complexin December, with a huge grin on his face.  And my husband, a Doubting Thomas initially, is now a huge fan of Dr. Ponseti , Dr. Lund, and their work.  Bringing Noah home, then bringing him to these doctors, were two of the best decisions we've ever made.