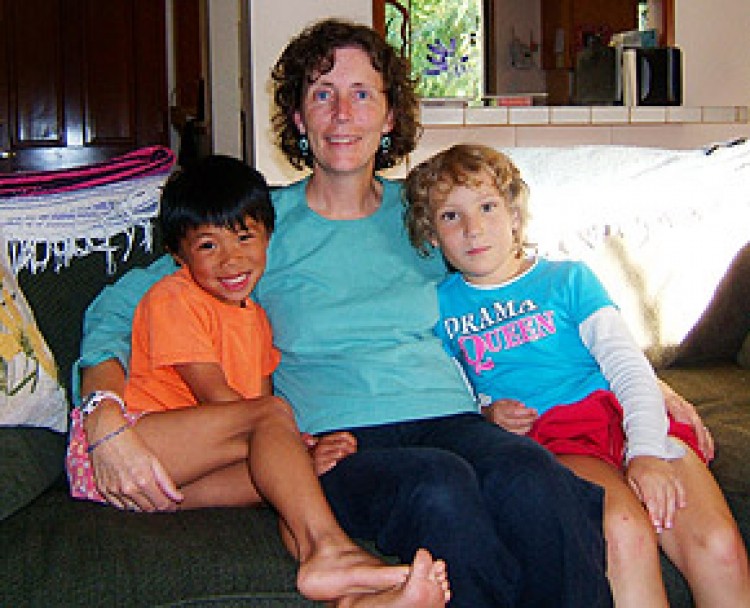 Our journey to adopt our daughter was not an easy one

When she was only 15 months old, Kieu was abandoned by her family at an orphanage in Ha Long Bay City, Vietnam.  Kieu, like many others of South Asian descent, suffers from beta thalassemia major, or Cooley's Anemia, a blood disease that lasts throughout life.

Michele and Doug Henney found out about Kieu through an organization called Children of Peace, International.  This charitable organization was founded by Binh Rybacki (formerly Nguyen Thi Thanh Binh) who had fled Vietnam as Communist troops overran Saigon in 1975.  She and her family settled in the United States.  In 1993 she returned to Vietnam as a translator for a group of doctors and during that trip, found children who were working as street peddlers and prostitutes.  This disturbed her so greatly she formed Children of Peace, International to help improve lives of these children.

Binh Rybacki had met little Kieu and realized that the child desperately needed help in order to survive.  Through contacts, she was put in touch with the Henneys.  This couple barely hesitated before they agreed to adopt Kieu and the paperwork was started.  When they met Kieu for the first time, it was apparent she needed an immediate blood transfusion, which she received.  Within a very short time literally a few months the adoption was approved and Michele and Doug brought their new daughter home to Bellingham, Washington, where she met her big sister, Megan.

Before agreeing to the adoption, the Henneys spent hours researching beta thalassemia and the treatments the disease required.  They also discovered that President Clinton had signed a law that not only gave immediate US citizenship to any baby adopted from overseas, but also mandated that US health insurance companies had to treat these adopted children as newborns and thus cover them for any problems, including pre-existing conditions.  In June of 2004, the family moved to Eugene when Michele took a position as Instructor of Accounting at the University of Oregon. 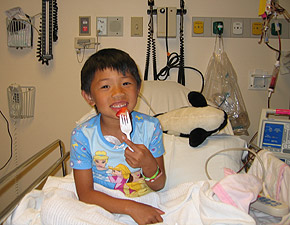 Since her arrival in the US, Kieu has been receiving regular red blood cell transfusions which have helped this little girl develop as normally as possible.  One of the downsides of the numerous transfusions is her body has developed antibodies that make blood from many donors incompatible.  Doctors realized they needed to find a few antibody-compatible donors to whom Kieu's body would not react.  At the beginning of 2006, four regular Lane Memorial Blood Bank donors were asked to be dedicated donors for her.  These donors agreed and now Kieu receives blood transfusions that her body doesn't try to reject.

One cure for thalassemia is a bone marrow transplant and the search for a compatible donor has already begun.  Finding that donor may take many years, so in the meantime, Kieu and her family are thankful that there are people in the community who are willing to give of themselves to help a child they have never met.

A Child's Point of View