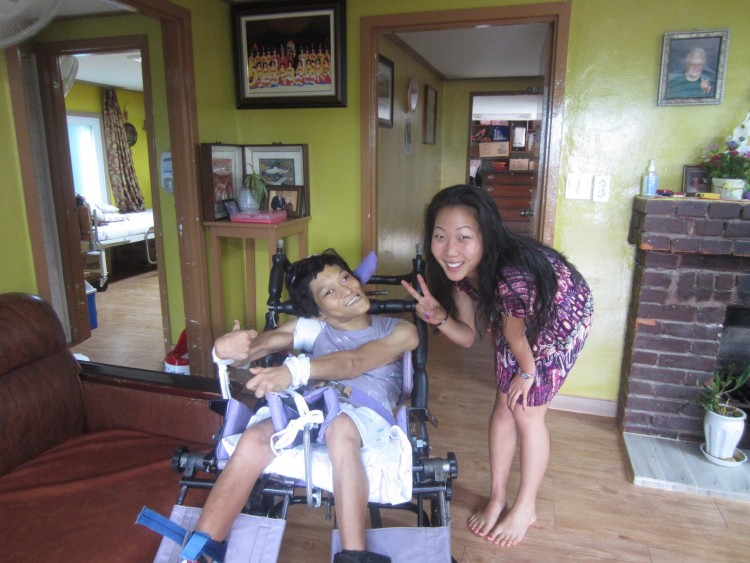 As the year winds down we thought it would fun to check back in with this year's RainbowKids Hope Ambassadors.  Throughout the year we have featured some outstanding young people who are doing amazing things to make a difference in our world.  The commitment and compassion of these kids is truly inspiring. We hope you are inspired as well!

Noah continues to spread the word about the world wide water crisis. He has spoken in front of hundreds of people, Skyped with classrooms and inspired kids from near and far to use their talents to make a difference in the world.   This September Noah was featured in charity:water's September Campaign The Craziest Thing We Can Do Is Nothing video.  He recently learned that two more villages in his native Ethiopia have water thanks in part to his campaigns. This brings the number of villages impacted by Noah's work to eight. Noah is passionate in sharing his mission with others to end the global water crisis and is excited to bring new ideas to fundraising in 2016.

When Teagan set out to collect shoes for the organization Soles4Souls her goal was to collect 25,000 pairs.  Not only did she reach her goal, she smashed it!  Her final count? Over 60,000 pairs of shoes!!  Even better, this spring Teagan will travel to Costa Rica with Soles4Souls and be a part of one of their distribution trips where she will hand out the shoes she collected.

Since we wrote about Hannah last spring she has continued to raise funds for her Hugs from Heaven foundation which provides care baskets for families who suddenly find themselves living 24/7 in the NICU.  Last August Hannah hosted the second annual Hugs from Heaven Golf Tournament and raised over $10,000!  This December she hosted her annual Hugs from Heaven Holiday Party.  For several years Hannah has invited the community to bring a donation for the babies in the NICU and in turn welcomes them to stay and celebrate the season with holiday crafts and cookie decorating.

It is Nicholas' mission to provide children living in shelters across the United States with brand-new footwear to call their own.  Just last week over 100 homeless children recieved new shoes thanks to Nicholas and his Gotta Have Sole Foundation.  To date Nicholas' program has provided new footwear to over 45,000 homeless children in 43 states and there are now 11 Gotta Have Sole clubs run by teen leaders in seven states.  Also, Nicholas just recieved a youth award from the World of Children and the funding that goes along with the award will outfit 6,000 children  and hopefully open another 20 clubs over the course of the next two years.

Exciting things are on the horizon for Yash and his Sight Learning organization!  As Sight Learning continues with its original mission  to send thousands of eye glasses (the equivelent to over a million dollars worth of donated eyeglasses) to children around the world who cannot afford eyeglasses, Yash has let us know that Sight Learning is now expanding to more places including South America and Africa.

This past year Elisia delivered 100 Hope Paks to orphaned children in Mexico.  Hope Paks are shoe boxes filled with basic necessites such as toothbrushes and toothpaste and school supplies.  Elisia would like to encourage others to start a Hope Pak drive in their own community and  reach out to children in need.

Kelsey is our most recent Hope Ambassador.  Her Kelsey's Wheelchair Fundraiser for Ilsan is an ongoing fundraiser. She would like to raise enough funds to purchase six mechanical wheelchairs.   If you are looking for a unique gift for someone special this holiday, think about making a donation to Kelsey's project to provide better mobility for the residents of Holt International  Children's Services Ilsan community.

Do you know a young person who has made a difference in the lives of others? Let us know! They could be featured as a 2016 RainbowKid Hope Ambassador.