An Adoption Hoax Planted on the Backs of Vulnerable Children

The Value of Adoption Resources 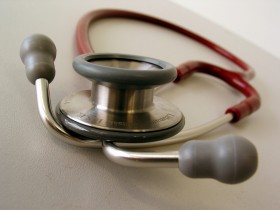 Even though awareness about epilepsy has been increasing in recent years many parents still don’t know much about day-to-day management of the condition. In our clinic we often provide pre and post adoption care for children with this diagnosis. The following are questions most commonly brought to us by adoptive parents:

What is it? Epilepsy is a brain disorder that causes seizures. Epilepsy can be related to oxygen deprivation in the brain, a brain injury, or other medical conditions, but the majority of cases do not have an identified cause.  Everyone can have a seizure under certain conditions (such as a high fever) but not everyone who has a seizure will go on to be diagnosed with epilepsy.

What are some of the symptoms? Seizures are the most easily identified symptom of epilepsy. There are many different types of seizures. The most common seizure in children under the age of 20 are absence seizures which can be described as short staring spells lasting up to 15 seconds. Other types of seizures include grand mal and partial seizures.

How do I know if my child has it? In order to know for certain that your child has epilepsy a few diagnostic test are often done such as blood work and an EEG. A child who has a seizure or suspected epilepsy should have a medical work up by a pediatric neurologist.

My child has epilepsy. What now? While epilepsy for many people will be a lifelong diagnosis most people with epilepsy lead healthy and active lives. Epilepsy is usually managed by medication to reduce the number of seizures. If medication doesn’t work there are other strategies that can be used to manage epilepsy such as implantable devices called nerve stimulators.

Parents of children with epilepsy will have some additional safety considerations. Children will need additional supervision around water.  Doctors generally emphasize the importance of making sure your child gets enough sleep and eats well to help reduce the number of seizures your child might experience. For more information visit the Epilepsy Foundation page.

Children With Epilepsy Waiting for Adoption

Maggie, Cassidy, Presley, Nolan, Levi are all children with epilepsy waiting for their forever family! Click on their names above to learn more!

The University of Chicago Adoption Center

The mission of the University of Chicago Adoption Center is to provide exemplary care, advocacy and research to meet the unique needs of healthy and medically complex orphaned children and their adopting families.