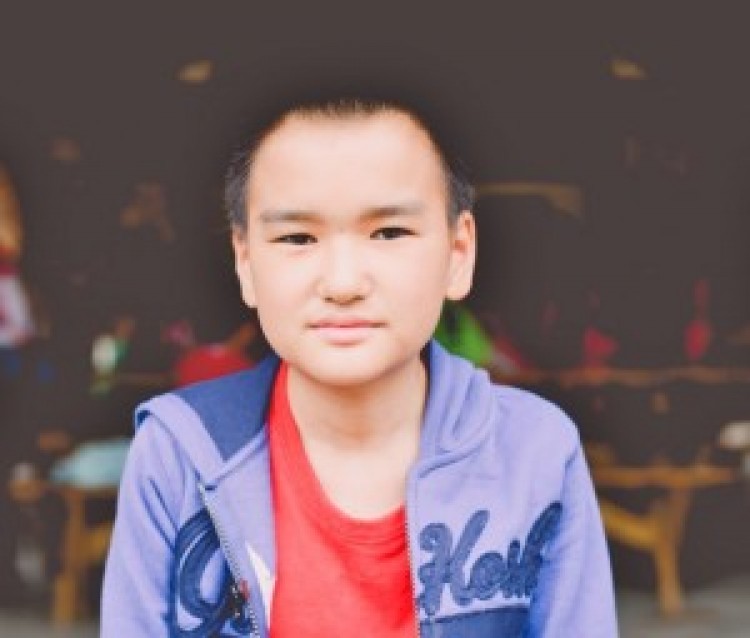 Sweet Kai just needs a forever family to help him accomplish all that he wants to and overcome all that he needs to! Maybe you are the family who will be forever inspired by this incredible child.

Please read this incredible story from Lifeline's most recent camp:

Kia was one of my favorite children that attended Kids Camp this year. He is an incredibly determined young man, who is a hard worker, self-sufficient, patient, and mature. Kai has overcome considerable physical challenges. He has a congenital malformation of both hands and feet. Most of his fingers are not formed, one of his legs ends just below his knee and the other at the ankle. During a PT evaluation it was brought to our attention that Kai was experiencing pain caused by his prosthetic. At first Kai was very wary of anyone looking at or messing with his leg or prosthetic. So we took a shot in the dark and called a random prosthetist in town and hoped he could help. Josh, the prosthetist, came to camp with a bag full of tricks to try to provide Kai some relief.

The first 20 minutes of Josh’s visit were spent trying to coax Kai into allowing him to examine his leg. Kai did not throw a fit, or get upset. He was just shy and withdrawn. However, after those first 20 minutes, with the help of a few M&Ms and a quiet room, Kai agreed to let Josh take a look at his leg. Upon examination, Josh determined that he had a bone spur at the end of his leg that was the source of most of Kai’s pain. Over the hour long visit, Kai never took his eyes off what Josh was doing. He was very interested in the prosthetic, the work that Josh was doing, and how it would help him. It was an absolute blessing to be able to watch Kai learn to trust Josh with his limb! Josh showed and explained the small adjustments to the padding while Kai listened intently. He was eager to try the prosthetic on and quickly confirmed that the adjustments helped with a shy little grin.

When we first called the prosthetist we were hoping that he would be able to provide some relief and additional information. But what happened was so much greater. Josh met Kai and was blown away by this little boy. His heart was drawn to Kai’s determined spirit and he couldn’t help but want to do more. While the additional padding would provide temporary relief, Josh knew Kai would benefit greatly by a new socket, one that would provide more control and totally alleviate the pressure on his bone spur. But a new socket, at cost, would be hundreds of dollars, and typically took 2 weeks to make which was time we didn’t have.

However, when the need is right in front of you and it has a face and a smile and a voice, it is impossible to ignore. After seeing Kai’s sweet smile and incredible resolve, Josh decided that this boy would receive the leg he needed and the attention he deserved. So the next day, Josh returned to camp to make a cast and he worked through the night and around his appointments to make a socket that would fit. And on the last night of camp, right before bed, Josh arrived with Kai’s new leg.

It was mere hours before the children would board a plane back to China, to their orphanage. It had been a long, full day. The kids were getting cranky and we were all pretty tired, but there was one last blessing waiting for us. The house was buzzing as children were being bathed, bags being packed, and kids playing with their new toys. Kai was hesitant to take off the prosthetic that he relied on daily, he was nervous to try on the new leg. He asked for his best friend, Kaden, to be by his side. Kaden was quick to come to his friend’s aid, decked out in his pajamas and plaid blazer, it was quite a scene!

We were in the library, Kai, Josh, Kaden, a translator, the orphanage directors and care givers, all watching the scene play out. As he does every day, Kai slipped on his prosthetic sock, and then the new socket, and slipped that into the leg. From the very first step he took, Kai had an irrepressible grin on his face. He walked up and down the hall with more confidence and control in his new socket than we had seen all week. The pressure on his bone spur was alleviatedLe. Because of the care of a stranger, Kai was returning to China with a more stable prosthetic and a little practice in learning to trust that he would be taken care of.