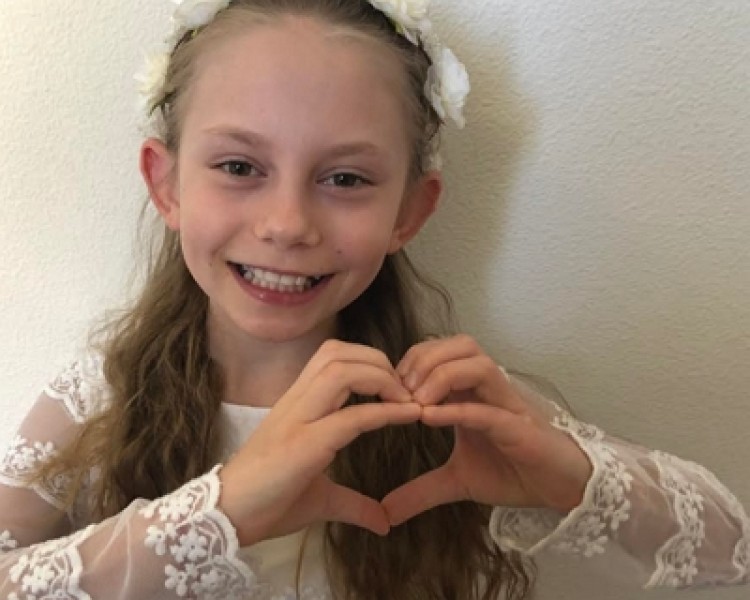 Our path towards our daughter in Poland held several roadblocks and detours, but was well worth the journey that brought us together as a family.

Our adoption began in August 2016, when we fell in love with a precious girl on the waiting children list. We had always wanted to adopt a child who needed a family, and although the timing wasn’t ideal, we decided that we were being moved to act now. We completed our home study by December. We received immigration approval in January and so submitted our dossier to Poland.

In February 2017, all adoptions were put on hold pending the reorganization of the adoption centers in Poland, but by May our daughter had been requalified for international adoption and we were back in the game.

We received our referral (Article 16) from the Catholic Adoption Center in Poland in July. It noted our daughter by name and stated that our family was a desirable family for her. This was the first time our names had been linked! Dossier updates (medical checks, financial statements) were requested by Poland in December 2017 and provided in less than two weeks. Everyone who touched our case was very positive and supportive, and no one had any doubt that our adoption would move smoothly from that point on.

In January 2018, we finally received our long-awaited answer. We were denied. The very brief letter stated only that adoption “was not in the best interest” of this child.

The denial contradicted all the preceding approvals and came without the cognizance of the Catholic Adoption Center (CAC) in Poland, who are the authority designated by the Ministry to oversee international adoptions. The CAC had orchestrated, supported and approved the adoption and, as part of their approval, the CAC issued the “Article 16,” which stated that it had “determined, on the basis in particular of the reports relating to the child and the prospective adoptive parents, whether the envisaged placement is in the best interests of the child.”

New legislation went into effect in Poland on 15 March 2018 that indicated Poland was shutting down international adoptions. It did not seem to matter that we had been trying to adopt our daughter for a year already and that we had received all necessary approvals, including USCIS approval by July 2017. It seemed that despite all that, we were not going to be allowed to go ahead.

However, this legislation provided a number of exceptions for which our daughter qualified. It noted that children would remain adoptable if they met any one of four conditions: older; special needs; not able to find Polish homes; part of an adoptable sibling group. Our daughter satisfied the first three of the four criteria.

We were very hopeful, and maybe even a little confident in our chances of success, because our case was very strong, and surely no sentient human could deny this darling girl a chance at a happier life. The CAC and our US adoption agency stated that our daughter was unlikely to be adopted by any other family (either in Poland or the US) due to her particular special need, with which our family had unique experience.

After another month of waiting, we again had our answer. We were denied, again.

This time, no reason was given but it was stated that no further appeals would be entertained. We reeled and railed at the injustice, but then we resolved to wait.

We told our very supportive agency, Open Door Adoption Agency, that if we had to, we’d wait until she came of age and then go get her! But after some months, we decided that regardless of the admonition not to try again, and due in part to positive signals received from those newly in positions of authority with Poland, we would be justified in trying again.

In November 2018, we decided in conjunction with our US agency, to appeal yet again. We were nervous about this based on our being told in our last denial that further appeals would not be entertained. But still—we were getting positive signals from Poland, so we went ahead. In mid-December, we again had an answer.

We were approved! We booked our travel immediately, and our adventure began.

We can recall a chilly winter evening in Wroclaw. It was the night on which our darling daughter was starting her period of bonding with us. She frolicked with bubbles with our other children, her new brother and sister. She was timid and frightened, but playful and curious. In the center of the old town cobbled square, a pianist played a moving ballad which echoed through the acoustic arena of the old buildings.

We knew it would be alright. And when the Judge looked at us, smiled and said she was recommending that we finalize the process, the sound of that music came back.

Nothing will dilute the poignancy of how she immediately attached herself to her new mother and started calling her ‘Mom.’ She had a very hard time deciding whether she wanted to move to another co

untry and learn a new language. The thought of both terrified her. But it was her affection for her new family, our overriding and abiding love for her, and God’s Grace that led her finally to be able to tell us that she did, indeed, want to come home.

Now, three months later, as spring has given way to summer’s full force, we watch her play exuberantly in our garden, with the smell of freshly mown grass and the sunlight glinting off the cerulean waters of Lake Michigan in the background. She is laughing! She waves and calls out, “Hello, Daddy,” before whizzing past on her bicycle. Already, it is hard to remember what our life without her was like.

Should one ever have doubts--and any thinking person will have doubts--they will be dissolved by the reassurance of such moments.

A simple act of kindness or compassion is the most assured agent of change. In the case of an adoption, it changes a life. Sometimes, many lives.

As the Roman Emperor, Marcus Aurelius wrote, “Adapt yourself to the life that you have been given and truly love the people with whom destiny has surrounded you.”

Each of our children, in turn, has improved us upon their first appearance, and our Polish daughter is no different. She has made us better as individuals—more patient, more curious, more accepting. She has made us a better family and completed our journey. We know ourselves to be very blessed, indeed.

**Editor's Note: For information on waiting children, contact an Adoption Service Provider such as Open Door Adoptions, working in Poland.