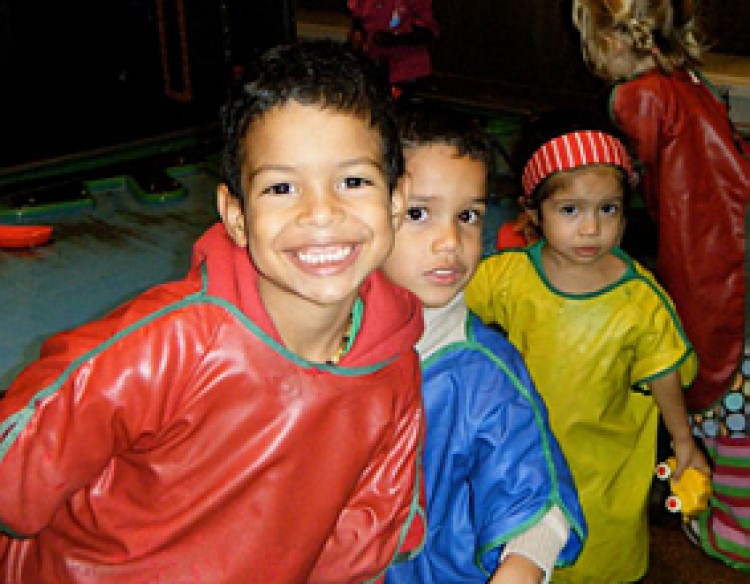 Some months back, my husband and I decided to add a sixth and final child to our family. We both agreed that we would adopt from Panama. We originally requested to adopt a daughter under the age of four or a sibling group of two under the age of five. God had other plans for us.

Our agency called use and asked if we would consider a sibling group of three: a two year old girl, a three year old boy, and another boy, age five. Although we were open to a sibling group of 2 under age 5 years, the thought of adopting 3 children at one time seemed overwhelming! With heavy hearts, we told our agency, "No".

The Panama Adoption Program is a new program. There were a few hiccups along the way. Even though the required time in country was considerably longer than what many other countries require, there are many positives about adoption from Panama.  Panama is not your typical developing nation.

Panama has a long and proud history from pre-Columbian cultures, during the Spanish colonial era, through independence from Spain and later from Columbia, and the current country of Panama. The capital of Panama, Panama City with its large sky scrapers and high-rise apartment buildings, is considered to be the jewel of Latin America. With its lenient tax laws from monies earned outside of Panama, many international businesses have corporate headquarters in Panama City.  Of course, there is the Panama Canal with the Miraflores Locks (the Pacific side of the canal) located in Panama City. There is much to see during the time spent in country. For those who want to occasionally get out of the bustling city, nearby to Panama City are reasonably priced beach resorts with first class accommodations.

What we fondly remember most about the Panama Adoption Program process is the hard work and dedication of staff both in the USA and in Panama. Throughout the process, they went above and beyond all expectations. The children we adopted were all healthy and were well taken care of in the orphanage. As part of the process for adoption from Panama, parents are required to make several visits to the orphanage prior to the children joining the parents in their hotel. The orphanage that we visited was very clean. The caregivers, nannies, and volunteer workers cared about each and every child in that orphanage.

In Panama, we were able to meet with the orphanage director, caregivers, nannies, and even the children's teachers.  We had a ton of questions that they readily answered. We were given old pictures of the children and school art and work through preschool. This was quite an added perk, since in our other adoptions, we were not able to visit the orphanages, nor were we able to obtain any significant information.

This is My Story: Living with Hydrocephalus

Creating Our Band of Brothers