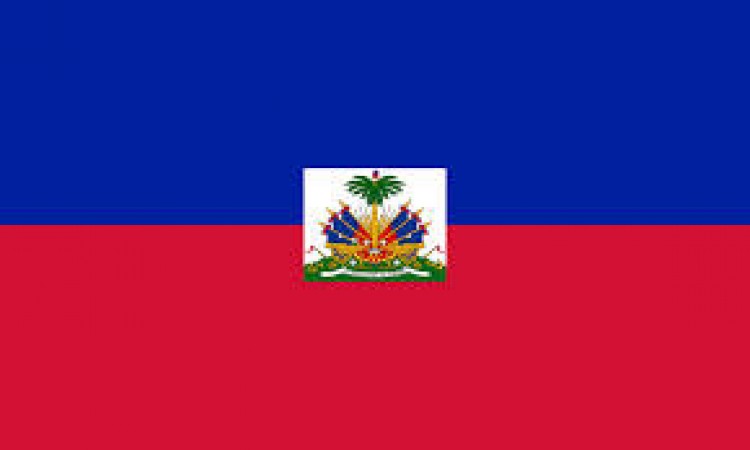 Haiti is an island nation in the Caribbean Sea and about a two-hour flight from Miami, Florida. It shares the island of Hispaniola with Dominican Republic, which lies to the east.

It is the poorest country in the Western Hemisphere. 80% of the population is below the poverty line. The attention of the world fell on Haiti when a horrific 7.0 earthquake struck in 2010, killing an estimated 300,000 people, leaving some 1.5 million homeless, and almost doubling the amount of orphans.

Chester, A Love Beyond Borders dad, describes what he saw upon his arrival in the capital city of Port Au Prince a year after the earthquake, “The drive through Port Au Prince was heart breaking, as I saw the extensive damage that had been done by the earthquake. There were people everywhere and they were going about their daily routine. Some carried food, others herded their animals, and many vehicles carried people to and from. I even saw several UN vehicles and officials along the way. My heart ached for the people there and I remember praying for some sort of relief for them.”

Today, extreme poverty is the main factor for relinquishment of a child. In a country of 8 million, it is estimated that Haiti has nearly one million orphans. A large percentage of orphans live on the streets. Many live as resteveks. Stephanie Thoet, A Love Beyond Borders Haiti Program Coordinator explains, “Restevek literally means ‘to stay with’. Essentially they are house help. Quite often they are abused, exploited, and neglected.”

There are two types of registered children’s homes in Haiti. There are registered crèches which have been approved by IBESR to process the files of children available for adoption. There are also orphanages that care long term for children who are not available for adoption. Each crèche must be accredited by IBESR (Haitian Social Services) before they can process adoptions. The ratios of caregiver to child vary depending on the crèche. Thoet states, “Our crèche partners all agree to a 4:1 or smaller ratio, depending on age and need. In orphanages not providing adoption services the ratio can be much higher because there is little regulated outside oversight. Our crèche partners are all deeply established in Haiti and have very high standards of care for the children living there. They know and love these children. I have seen the other extreme, however, in other orphanages in Haiti where the care of the children is not to anyone’s standards. It is heartbreaking. The authorities in Haiti have been moving to close these substandard homes, placing the children instead in those homes providing the better care. It’s definitely a start.”

Thoet continues, “Once a child enters a crèche they still have steps to go through to be deemed available for adoption by IBESR. It is possible that a child could be determined to not meet criteria and then they would not be available for adoption. At that point the crèche may work with IBESR to move the child to an orphanage prepared to care for children indefinitely.”

Thoet describes the dramatic changes that have recently taken effect in Haitian adoptions, “The biggest change is that Haiti is now a Hague country, affective April 1, 2014. Having a Central Authority has slowed down the process as they are transitioning into the new system, but it seems the system is starting to get organized and moving forward. It is clear the Central Authority (IBESR) has worked very hard to get this new system established. It’s a daunting task to make such a big change. We are all looking forward to the near future when we expect things to really start moving.”

Parents are usually able to complete their adoption within 20-30 months after submitting their dossier to IBESR, the Central Authority in Haiti. Timeframes for any adoption depends on several factors within the US and abroad. Once the dossier is completed it will be translated into French and sent to Haiti. Referrals typically are received within six to eight months after submission of the dossier to IBESR.

After referral, both prospective adoptive parents are required to travel to Haiti to meet the child and go through an approximately two week bonding time with the child.

Chester recalls the first time he saw his son in Haiti during his initial bonding trip. “A whole range of emotions came over me the first time I saw my son. Of course, I was told not to get too attached since my adoption process still had a ways to go. It was the hardest thing I had to do! To look at this little boy that I had been praying and waiting patiently for didn’t make matters any easier. I was so ready for the adoption to be over so I could bring my boy home!”

Once the adoption is complete parents travel a second time to Haiti to bring home their child. All immigration steps including receipt of the child’s travel visa will occur before the parent’s arrival in Haiti. Children arrive home as a US citizen.

Healthy infants to 11 years of age at time of referral are available. Applicants desiring to adopt a healthy infant will wait longer. Sibling groups and children over the age of six are considered special needs by Haitian law. There are also children waiting with cerebral palsy, spina bifida, arthogryposis, Down Syndrome, global delays, and hydrocephalus.

• There is no limit or restriction on the number of children in the home.

• Maximum age of any adoptive parent is 50