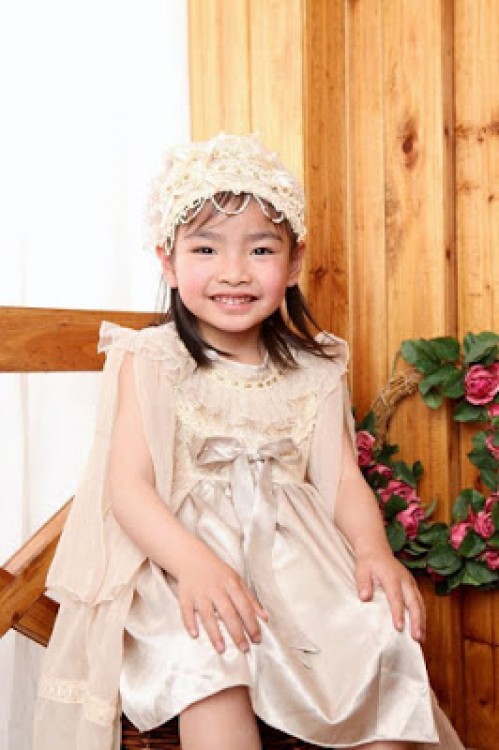 In the mid 1980's our family adopted two biological brothers from the USA's foster care system. Both were diagnosed with cerebral palsy. Fast forward to 2013 when we first adopted from China, cerebral palsy was a special need that was familiar to us and one we were confident in handling.

According to cerebralpalsy.org, “Cerebral palsy is considered a neurological disorder caused by a non-progressive brain injury or malformation that occurs while the child’s brain is under development. Cerebral palsy primarily affects body movement and muscle coordination.“ So while cerebral palsy is a permanent condition, it doesn't become “worse.” My experience has been that consistent therapy improves skills tremendously.

Everyone is wired a bit differently, and for me, dealing with an ongoing mobility issue was nonthreatening. Let's be real; as an older mom (who moves a little slower myself these days) taking a more leisurely pace to wait for a child with mobility issues wasn't going to change my life THAT much. I was far more afraid of a life threatening special need, or one requiring many surgeries and hospitalizations. Those of you who face those situations every day have my highest respect. It just wasn't something that I felt equipped to handle. Our girls came to us at the age of six and seven years, from the same orphanage, and both diagnosed with cerebral palsy.

A diagnosis of cerebral palsy can be tricky to understand since it can present itself in so many ways. The child might merely have weakness on one side of their body; they could be wheelchair bound and require help with all of their personal needs, or anything in between. When you couple a somewhat catch all diagnosis with the probable lack of stimulation in an institutional setting it becomes very difficult to know what you may face when your child comes home.

Abigail's (her referral photo is the feature photo of this story) long, beautiful hair was the outward evidence of her favor with the staff. She lived in a foster apartment inside her orphanage. She spent much of her daytime hours in the physical therapy room at her SWI. During our process for Abigail we received numerous updated photos from the SWI, and it was very evident that someone cared very much about her. Jennifer's original referral photo looked as if she was a boy. Like so many of the girls from her SWI, her hair was cut in a short bob, and she wore the school uniform. She spent much of her time sitting in her wheelchair, unable to participate in the camps that agencies held, or the field trips that the more mobile children experienced. Were it not for other adoptive parents visiting the SWI, we wouldn't have received even one additional photo of her during our adoption process. When we visited the SWI and asked questions it seemed as if our daughter had been invisible. No one seemed to know anything about her.

“Family Day” was a dramatically different experience for our girls. Abigail was terrified and came to us screaming, while literally being dragged by a nanny on each side. Jennifer was wheeled out calmly in her chair, took my hand and looked at me as if to say, “What took you so long?”

Abigail refused to let me touch her for an entire week. The only time I could get near was when I painted her fingernails! Jennifer pretty much soaked up all the attention I could give her. But once we arrived home they totally reversed roles. Abigail quickly settled in to family life, having been part of a family before. Jennifer was in shock. We witnessed many rages with throwing (and breaking) things, hitting, biting, and at bedtime she would scream for up to two hours. This wasn't a normal, “I don't want to go to sleep” cry, but a deafening, guttural sound unlike any noise I had ever heard. She had no understanding of a family, no coping skills, and no means to self regulate. Inside was a little girl who desperately wanted to fit in and “be like everyone else” but she simply couldn't find her way through.

Jennifer has come a long way in two years. While an occasional melt down still happens, we have learned to watch for triggers to preempt them. With lots of love and patience she is learning to self regulate. Her bedtime screaming routine has long since become just a bad memory. She has blossomed into a cherished daughter who enthusiastically takes every opportunity offered to her. Jen's is a moderate CP diagnosis, presenting with very tight muscles. She wears knee high AFOs (orthodics). As of the summer of 2015 she is only using her walker when we are away from home. Her therapist is very optimistic that in time she will no longer require it at all.. Her incontinence (which required diapers when she came to us) ended up being caused by overactive bladder. Medicine taken once a day has totally made the difference for her. Her dream to be “like the other kids?” She is achieving it through her determination to keep trying. I'm happy to report that Abigail is now a “Mama's girl.” While Jen prefers to be outdoors on the swingset or in the sandbox, Abigail would rather hang around with me inside and watch (or help!) with the housework. She remains much more timid about trying new experiences. Hers is a mild CP diagnosis, presenting primarily as weakness. She walks with a wide gate, wears ankle high AFOs, and her speech is very poor. She is extremely bright and has an impressive vocabulary in American Sign Language which helps us to understand her better. Her therapist is optimistic that she has not yet reached her potential with verbal skills.

Living with cerebral palsy often means regular ongoing therapy. We are fortunate to be able to schedule both of the girls at the same clinic at the same time, so our hours there do double duty! Our girls receive therapy twice a week, and they include Speech, Occupational and Physical Therapy.

My point? Two girls from the same orphanage, adopted at the same time with a similar diagnosis are as different as night and day. And really, isn't that often the case with biological siblings also? Our girls are individuals who are so much more than their CP diagnosis. A loving family, proper therapy, and in Jen's case medical equipment and medication have changed their lives. Cerebral palsy really isn't so scary.