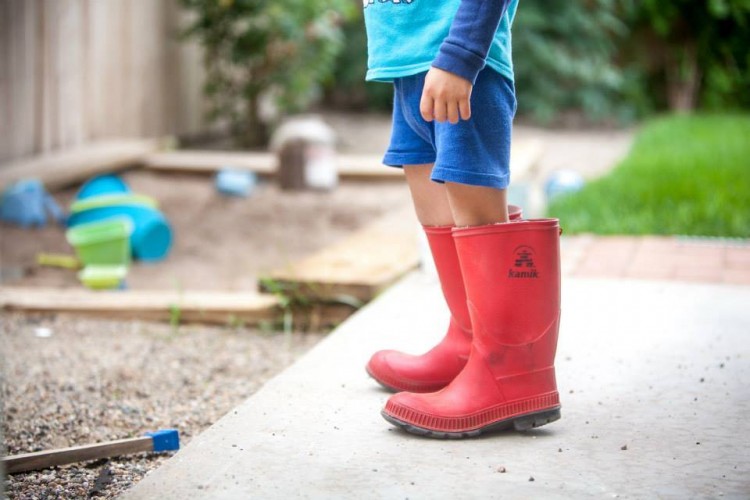 Two of the biggest topics in the HIV adoption world are disclosure and stigma. They are very closely related. So let’s talk about them.

Stigma can be defined as a stain on one’s reputation, or a mark of disgrace. HIV sure does have a blemish on its reputation. So much fear of how it is spread. Fear of catching it, of it taking lives.

Orphans who are HIV positive are in a dire situation. It is widely believed that HIV can be spread by shaking hands, sharing utensils, or hugging – none of which spread HIV. People with HIV are evicted from housing, fired from jobs, and regularly denied medical care. HIV positive orphans are isolated, and often left to die. Orphans in China who are HIV positive have a bleak future.

While in China, the stigma was a big concern of mine. There were people who needed to know: our guides, the medical clinic, and all the officials, since the special need is on all of the official paperwork. I was a bit scared that my child would be ignored or feared. Thankfully, I had no issues. Our guide in province was very up front and told us when he picked us up from the airport that he was not scared, and had worked with HIV positive kiddos before. Our guide in Guangzhou seemed a bit nervous at first, but quickly warmed up and asked good questions. This was her first time working with a child with HIV. Our agency did a great job educating her ahead of time. She never had an issue with hugging or touching my kiddo. I was actually most concerned about the medical clinic. I know first hand that healthcare workers in China fear HIV. Would they treat my kid differently? Three days of sputum testing is required so we would see them a lot. I was pleasantly surprised. The nurses and physicians were very professional and it did not seem to even be a blip on their radar. I breathed a huge sigh of relief that my kid was treated just like any other kid.

That is what he is. A normal, healthy kid.

The reason many families choose not to disclose is because of the stigma. Who do I have to tell that my kiddo has HIV? Short answer is no one. HIV status is protected at the federal level. Which means if Aunt Susie tells her Sunday School class that your Sally has HIV without your permission, then she has committed a crime and can be prosecuted. You do not have to tell the school, the sports coach, the pastor, the neighbor, or anyone. Of course it is wise to tell those who may have penetrating blood contact such as the dentist and doctor. And of course sexual partners should be informed.

There are reasons in favor of disclosure. The biggest for us is that general medical knowledge about kiddos is known. I know which of my friends kiddos have diabetes, heart conditions, Hepatitis C, cleft lip and palate, missing limbs, hearing loss, Down syndrome, hemophilia, and orthopedic conditions. My friends post when their kiddo breaks their arm or gets stitches. So why should HIV be different? Keeping the details of the medical condition private is not hard to do. I do not know the dose of insulin my friend’s child with diabetes takes. I do not know the dates of the medical check ups. I have no idea what the details of treatment are. They do not post on facebook recent lab results, or what new medication was given. I do know that if I have a question about arthrogyposis I can ask Brandi or Katie. Questions about heart conditions, I ask Sarah, Christa, or Rene. Cleft questions I ask Dawn, Angela, or Gwen. You get the idea.

Another reason we disclose is that normalizing HIV is one of the best ways to fight the stigma. We act like it is no big deal because it is no big deal. We also do not want secrecy and fear to be a part of this. There is no worry they may accidentally tell someone. We have had some great questions from friends and family, and honest questions are always welcome. We do not expect everyone to be a HIV expert. We obviously disclose, but we really do not tell everyone. It is not something we bring up all the time. Because, honestly, we don’t think about it all the time.

The decision to disclosure or not is such a hard thing to decide. I have friends who do disclose, those who don’t, and those who fall in the middle. I have friends who have lost family and friends after telling them they were adopting a HIV positive kiddo. I respect the decision of all of my friends, and I think it is an individual family decision. I will and do support the families who do disclose, and those who do not. We all agree that the stigma needs to end, and that there is no reason to fear HIV.

There is even a bigger need to help end the stigma and support families who deal with HIV. Asking questions to become educated, spreading truth about HIV, and not fearing HIV are huge helps to families. If everyone was educated about HIV and the fear eliminated, disclosure would not be a discussion topic.

Originally posted on No Hands But Ours. Used with permission from the author.

This article was graciously shared to RainbowKids with permission by The Lily Project, a grassroots organization in China created by expats who want to see the lives of HIV+ children transformed through education, advocacy, foster care, and adoption.