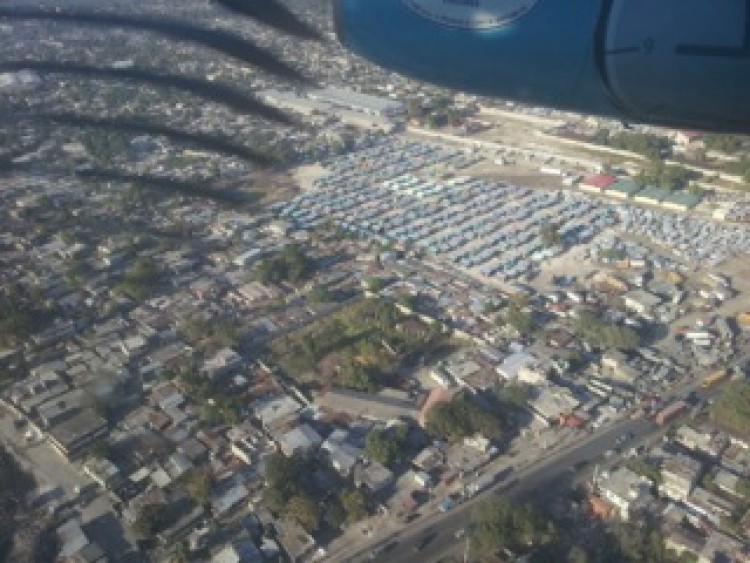 There are so many words that I could use to describe my adoption journey: blessed, overwhelming, frustrating, hopeful, awesome, challenging, joyful, faith-inspired, surprising, life-changing, educational, inspirational, stressful, uplifting, and heart-warming. I could go on and on and on.

As I started the journey as a single father, I had no idea what to expect even with all the research that I had done on the adoption process, what adoption agency to use, and what country to adopt from, etc. All I know is my head was swimming with all the information I gathered and I would have to make a decision at some point and soon. After much prayer and reflection, I settled on an international adoption from Haiti. Why there? At the time, they were the only country whose adoption requirements I met. Other than that I didn’t know a whole lot about Haiti, only what I got from a variety of news sources and what I heard from one of my friends who was from there. So, I begin to prepare myself with all the information on Haiti so that I could be well informed about my son’s place of origin.

From the moment I got my son’s referral to the moment I was supposed to visit Haiti for the first time and see him, I was very anxious, nervous, joyful, etc. I had been out of the country one other time and that was to Guatemala (for a mission trip), so I was a little familiar with international travel but it was different this time. I was about to submerse myself into my son’s culture and see firsthand what he had experience.

I left Denver, CO on Tuesday morning (7.5.11) and arrived in Port Au Prince, Haiti that afternoon. I’m pretty sure I didn’t sleep the whole way because all I could think about was seeing my boy. My memory of the Port Au Prince airport is a blur, with only a few images of people speaking to me in Haitian and wondering why I didn’t respond back, the number of people outside of the fence surrounding the airport, and the airport workers grabbing my back unexpectedly and expecting a tip afterward.

The drive through Port Au Prince was heart breaking, as I saw the extensive damage that had been done by the earthquake. There were people everywhere and they were going about their daily routine. Some carried food, others herded their animals, and many vehicles carried people to and from. I even saw several UN vehicles and officials along the way. My heart ached for the people there and I remember praying for some sort of relief for them.

From Port Au Prince, I hopped on what I referred to as a puddle jumper or a small plane to Cape Haitien, Haiti. I remember sitting right behind the co-pilot and could hear his and pilot’s conversation, as well as I could see all the dials, buttons, etc. What an eye open experience! All the time, I hoped this plane gets where it’s going and the ride would smooth out at some point. However, the view (as we flew) was breath-taking. The mountains and water scenes were beautiful. I manage to get a few pics to mark this part of my journey. And I was so thankful when the plane landed in Cape Haitien.

As we drove to the orphanage, I noticed there wasn’t anything like the devastation in Port Au Prince. Of course, the roads were still a lot bumpy and pretty bad in spots. There were still a lot of people doing their everyday thing. I was fascinated by the tub tub (taxis) and how they stopped at random spots to pick up and drop off people at their destinations. These taxis varied in size from motorcycles to school buses. Oh yeah, traffic was a little scary because it seemed like everyone thought they had the right away no matter what size vehicle you had. I saw a few near misses but no major accidents. Also, one other thing that caught my eye was the how the hotels were gated in and guards posted. Everything I saw was an eye opening experience, but I also learned so much about my son’s culture which would be helpful when I tell him where he came from.

Finally, we reached the orphanage and my journey to finally see my son had come to an end. I met lots of friendly faces and I was well taken care. I remember sending my adoption coordinator an email telling her how much I was loving my visit. I felt like I was at home and it was truly a blessing to get the meet the people who cared for my son. A whole range of emotions came over me the first time I saw my son. Of course, I was told not to get too attached since my adoption process still had a ways to go. It was the hardest thing I had to do! To look at this little boy that I had been praying and waiting patiently for didn’t make matters any easier. I was so ready for the adoption to be over so I could bring my boy home! Of course, not only did I fall in love with my boy but all the other kids there too. I even picked up on some of the Haitian language that was used to get the kids to follow instructions. I got to see a Haitian worship/prayer service that Nannies would do each night with the kids. Wow! I watched my son pray before each meal. I watched him interact with all the other kids and his nannies. I got to see firsthand how he was adapting to his environment. I got see him being loved on and taking care of. I got to see his bedtime ritual. I got to see what he ate and I got to feed him, as well as the other kids. Also, I got to experience some of the Haitian food too. It was pretty yummy. Although it was a short trip, it was one that cemented in my mind that this was my son and as a single dad I would be the best father to him that I could be.

A Love Beyond Borders


A Love Beyond Borders is a licensed, Hague-Approved, child placement agency headquartered in Denver, Colorado which provides international and domestic adoption services to US citizens living in the United States and those temporarily living abroad.

For Colorado residents we provide homestudy services for both intercountry and private US adoptions, and post adoption services including validation (re-adoption) of foreign adoption. Our agency is staffed by experienced, dedicated and caring professionals, several are also adoptive parents.  Visit us at bbinternationaladoption.com, info@bbinternationaladoption.com or call 303-333-1572.