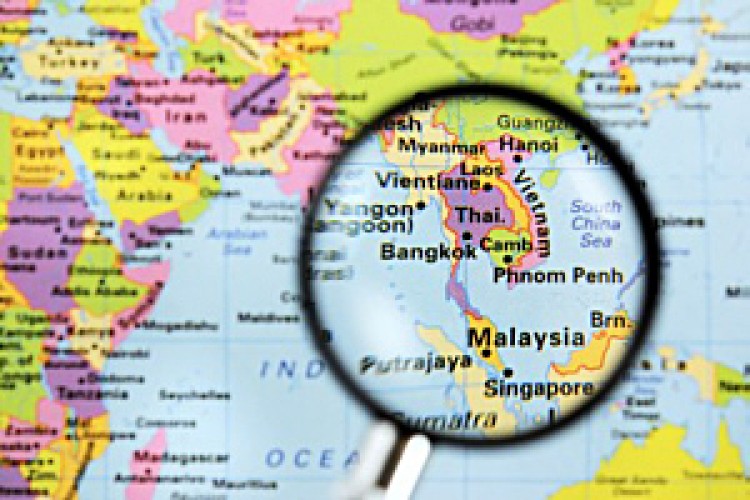 What if I can't love her? What if I don't even like her? I was so excited to finally be in Hanoi , Vietnam , but I was also ashamed. Why couldn't I keep these doubts from creeping into my mind, sometimes thundering like a flash flood through the canyons of my terrified brain? My twenty-nine-year-old daughter Loren was about to become a single mom.

Two years earlier when she had told me about her dream to adopt a daughter; I was the one who had encouraged her. With the exception of my husband, all our family and friends thought we were nuts! I'd been behind the idea from the beginning.

Why was I so scared now?

"The babies are here! The babies are here!" Tam from the Claudia Hotel announced breathlessly as she burst into the room. Loren and I lunged for our cameras and raced to the lobby. Other adoptive families were already gathered, all in various states of disarray and hysteria. Caregivers stood, each with an infant in her arms.

"Mom, where is she?" Loren asked, panic edging into her voice. "These are all infants none look big enough to be Mindy."

I glanced at each tiny, precious face. 'Wait, there's one over there in the corner who looks bigger than the others."

Loren pressed through the crowd of weeping parents and made her way to the caregiver. "Thuy?" she asked tentatively, pointing to the child the woman was cradling. The caregiver smiled and nodded. Loren reached out and gently stroked her daughter's face for the first time. "She's so tiny! I can't believe she's twenty-three months old! She's so beautiful!"

I was crying hard now; in fact, I was sobbing rather sloppily. I somehow managed to extract my brand new camcorder from its case and press the record button. Why, oh why, I silently cursed myself, had I not practiced with this contraption?

The caregiver gently passed Mindy to Loren and in that single moment our lives changed forever.

"Oh, Mom, she looks so scared," Loren said as her miniature daughter rested her head against her new mom's chest.

"She's beautiful, Loren! Her features are just perfect." Already the proud new grandma was looking past the butchered short haircut, the smell of dried urine, and the grief stricken look on that small face.

We took Mindy to our room and in the next few moments I saw that my daughter would be the most loving and wonderful of mothers, as she gently maneuvered through her first diaper change, her first wrestling of legs and arms into a fuzzy sleeper, her first bottle feed, the first of many, many nights of singing lullabies and walking the floor with a traumatized child.

"Gosh, Mom. She's swimming in the twelve-month sizes! Most of the clothes we brought are way too big." Then she smiled, "Do you remember those dreams we both had?"

"How could I forget?" I had been living in the tiny kingdom of Eritrea in North East Africa with my husband while I waited for "the call" to come from Loren in California . "We were both pretty stunned when we discovered that on separate continents we had simultaneously dreamed that seventeen-pound Mindy was absolutely gigantic with hair falling to her waist.

I chuckled. "Another night, at the same time, we both dreamed that when they handed you your child she turned out to be a cat!"

Two days later at the Giving and Receiving ceremony my doubts were but a distant memory. I had fallen head over heels, insanely in love! When the official asked Loren, "Don't you think you're too young to be adopting a child?" I knew then that I would slay fire-eating dragons to keep him or anyone else from taking Mindy away. My heart raced in fear and then I breathed a sigh of relief when Loren replied, "My mother was only twenty-two when she had me. I love the idea of being young enough to play with her and chase after her."

We had two magical weeks in Hanoi , a special bonding time for all three of us. We watched as the little girl who hadn't had the strength to press a button on a musical toy, or make a fist, or give a kiss, whizzed through the pages of her own child development manual with lightening speed walking, running, clapping, laughing, eating huge bowls of noodle soup, adult-sized platters of chicken, veggies and rice. We doted on her every word, her every action suddenly she was our everything!

Back home at last, Mindy met her grandpa for the first time. As her big brown eyes gazed up at my six-foot tall, 280-pound husband, she deftly wrapped him around her little finger where he has remained firmly entrenched for the last nine years.

Only one thing was missing.a sister. Loren decided to adopt again.

"There were two girls. One had brown hair. The other was small and a bit scruffy. I didn't know which one was yours."

Loren had requested a five-year-old girl but several months later she felt a tug a very strong tug of the famous red thread. A nine-year-old girl was calling her from Vietnam .

Loren had heard about this girl and how badly she wanted a home and a family. She was described as a bit shy, a bit mischievous, very sweet and very smart. They might have been describing Mindy. "Why were we so set on a five-year-old?" we asked ourselves. "Wouldn't a nine-year-old be just prefect?"

At long last the referral photo arrived oh my that lovely face, those huge eyes fringed by impossibly long lashes! And in the sunlight her hair looked brown just like the girl in my dream!

But this time I'm not as afraid. I can hardly wait to bring my second grand daughter home. This time I know that I will love her.

Originally published in Chicken Soup for the Adopted Soul, Authored by LeAnn Thieman.
To order personalized copies or get information about her inspirational keynotes and seminars, see her websites at www.LeAnnThieman.com and www. NurseRecruitmentandRetention. com .

What Will She Learn?