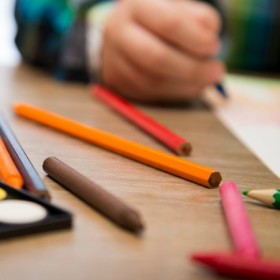 Most of the assignments I give my oldest son have to do with household chores – helping with pouring milk for dinner or putting laundry away. I caught him off-guard with a recent request – one that I’d been thinking about for a while.

“I want you to make a list for me. Write down 10 things you’d say to your birth mother if you saw her tomorrow.”

He didn’t charge into quick action. Instead, he cautiously responded, “Okay, Dad.”

A few days went by and I, frankly, had forgotten about my request – lost somewhere in the chase to soccer practices or the endless loads of laundry.

That is, until I found his handwritten list in my work bag one morning.

I wasn’t surprised that he tucked the list away. Most adoptive families learn very early about the sanctity of our child’s own story. The list is his – as is his story in coming to us. I felt vindicated that he completed the assignment and curious to read it.

His “10 things” waffled between sweet and sad, between information seeking and information sharing. Most of the items I could have predicted – all except one statement that caught me off-guard.

The line hit me like a brick—a brick inscribed with the phrase, “Adoption is tough.”

We’ve been very upfront with our son about the circumstances that led him to care. The video life-book that our agency provided to us is something that we treasure – providing some of the only insights we have about his biological family in Ethiopia.

It wasn’t only what he wrote, but the words he’d used that gave me pause. We’d always told him that his mom’s courage came from a deep love she has for him. I thought we made it clear that no one ever “gave up” on him.

I assumed we were helping him through that pain.

Did he believe our version of his story?

How could we better help him overcome this still open wound?

Although I’m not often prayerful, to get over how I was feeling, I read the Serenity Prayer:

The truth is, I cannot fully answer everything that my son will wonder about.

The love we shower him with will never completely wash away the losses he’s experienced that allow us to do so.

Adoption starts with loss – that fact is unavoidable. This feeling of loss lies in a reservoir of regret that all people impacted by adoption and foster care have. On most days the regrets don’t overflow—they remain contained by levies of the love and joy we’ve created in our home.

Occasionally, though, the regret waters rise and force us to act. Most times, we can get through armed with training provided to us through our adoptive processes and the intense love we have for our children.

We persevere through the rough waters, and they eventually recede. The reservoir, though, is never dry.

There will always be regret—pain that even the best of us will not be able to soothe.

I realized that when I saw my son later that night after work, “You should make those lists every now and again. You can share them or you don’t have to. I promise that, someday, you’ll get the answers you’re looking for.”

He nodded and I fought back some pent-up emotions. My focus temporarily changed but my mission remains the same—to raise a great young man.

And, although the front of the brick that smacks me every so often might remind me that, “Adoption is tough,” I shouldn’t ignore the inscription on its other side.

That side reads, “But you are tougher.”