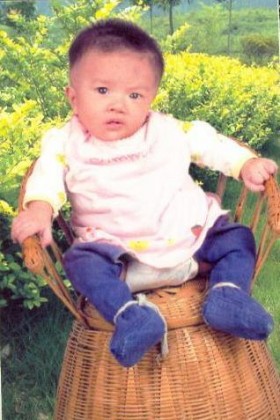 When for some reason I decided to open the absolute last file on the list.  Number 3,598.
Yes, that is number three thousand five hundred and ninety-eight.  Say it with me….THREE THOUSAND FIVE HUNDRED AND NINETY-EIGHT.  I can’t even comprehend how huge that number is when it is in reference to waiting children.  And, as we know, that number doesn’t even scratch the surface of the number of orphans in the world.

As I open his file and start reading, I notice the date that it was posted to the shared list.  March 19, 2010.  9 years ago.  Nine years.  And since we’re talking about numbers here, let’s say that number together too…..NINE YEARS.  His file was released 9 years ago.  What were you doing then?  I was getting ready to meet my first child.  Who is now ALMOST 9.  I feel like I have lived an entire lifetime in these past 9 years.  And that whole time, Johnny has been waiting on some list.

His file was completed when he was 4 months old.  He’ll turn 11 in a few short months.

His file talks about baby babble, and rolling over.  There is nothing about his life as a toddler, or as a little boy, or as now a young man.

Nothing about his likes and dislikes.  There are no updates.

Of course we are doing all we can to get an update, but what if we can’t?  What does that mean for Johnny?  That he will continue to hold his spot as #3598?  The last on the list?  The one that sat and sat and sat for years, with no one asking about him, until he turns 14 and loses his chance at a family?

Johnny is currently waiting with Madison Adoption Associates.  He will turn 11-years-old in a few months.  There is a $1,000 grant available to the family who adopts Johnny, with other grants possible.  To learn more, please complete the Prospective Adoptive Parent form.