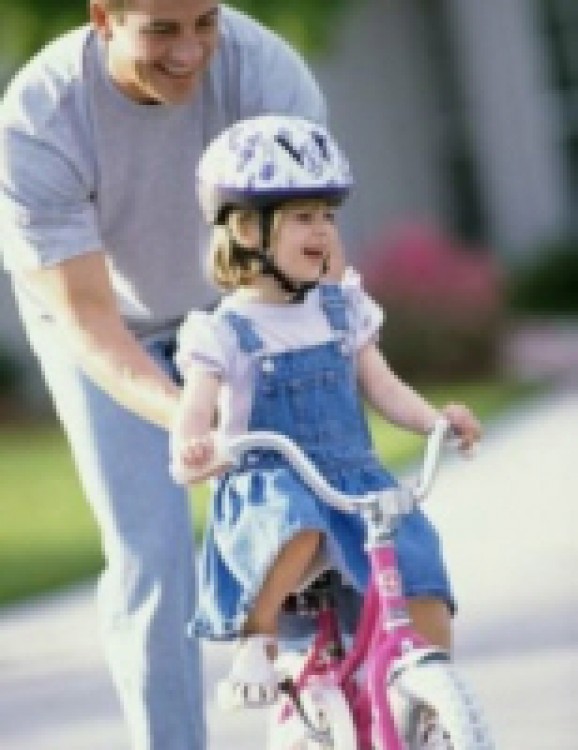 Recently, an adoptive father asked me for suggestions on how he could develop a trust based relationship with his seven year old daughter, adopted internationally from an orphanage two years previously.

"It's quite a problem," he said earnestly," because no matter how hard I try, she holds herself back. She has to triple check everything and she's continuously asking me the same questions over and over."

"What kind of questions?"


He thought a moment, "Routine things, like will my wife pick her up after school. I can tell you, my wife picks her up every day, has the whole two years. And when she goes to bed at night, she asks ten times if she asks once, if I'll check on her after she's asleep. And even after all this time, she still hoards food under her pillow and steals little things from my wife."

"I'm curious, why do you think she should trust you?" I asked.

He stared at me as if I had suddenly sprouted horns (ask my teens, they'll tell you I don't need to grow any. I already have a set hidden under my bangs).

"Well, she should trust me because I'm her father and I've shown her I'm a good one&..." he hesitated. "I mean, we're her parents forever now, and we tell her that all the time. We're doing everything we can, but if she could just trust us, it would be way easier to get along."

"Okay," I replied, "let me put it another way - what will change if she trusts you?"

"I thought I just answered that question," his voice was calm, even though his face was getting a bit flushed and his eyes were narrowing. I wondered if that's how he looked to his daughter the ninth time she asked him to check on her. "We'd be more like a real family, the affection would be more natural, she'd be able to give me a spontaneous hug once in a while, she'd stop stealing and hoarding."

He was on a roll now, but I interrupted. "Does she hug you at all?" I asked.

"Well, yes, but my wife or I always have to initiate it. Look, I just want some suggestions for building trust!" He really was a patient man; I could tell that by the way he knotted his hands at his sides instead of yelling at me.

To make a long story short enough to fit the allotted space - what I finally explained to this caring dad was that his daughter would not trust him for a long, long time, probably not until she was well into adulthood. Why should she? Her earliest and most formative years were focussed on learning how to survive alone, with no one trust but herself. Then, all of a sudden, she lands in a place so different that it might as well be another planet. And in this foreign place she is given to nice, but very strange, people who proclaim themselves as her mommy and daddy (and expect her to fully understand what those terms mean to them), and who want from her all kinds of things she had never imagined existed. For example, they want her to act like a part of the family before she can understand what a family is. They want to play with her before she learns what toys are for. They want her to keep her bedroom clean before she knows what the little room behind the door is (a closet, actually). They want to cuddle her for no reason whatsoever, and&.they want her to pretend that her past never happened, that nothing ever changes, that good things never disappear without warning or reason, and that all she learned about surviving is never, ever going to be needed again.

I can tell you, as I told that well meaning dad, this is way too much for one little girl to learn in two short years. My advice to him was to back off. Stick with the cuddles, keep playing with her, and helping her, and teaching her, but let her keep her defences while she learns the survival rules of this new life. I also had to tell him that they were never going to be a "real family" in the way he meant it - that is - one which existed without a history of loss and abandonment, and without a child whose well developed sense of being alone was so strong it chewed up trust like a black hole eats stars.

I also told him that they can still be a "real" adoptive family. They can give her birthday parties, they can teach her how to make friends, they can coach her soccer team and take her to dancing lessons, they can cuddle her at night while they read to her, they can brag about her accomplishments to friends, and when enough years have passed that they have had the time it takes to fill her with stars, they will have earned her trust. Because that is how it happens - parents don't build trust with their children, they earn it by caring, by giving affection, by honesty, by being reliable, by providing safe discipline, and most of all, by simply being there for a long, long, time.