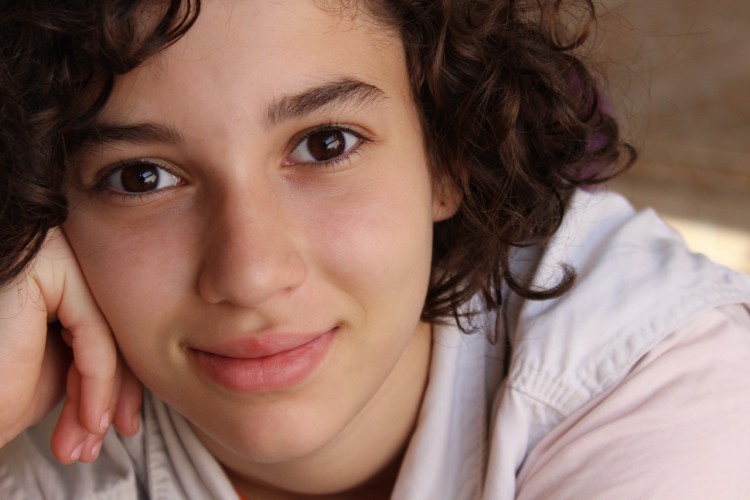 When I adopted my 13 year old daughter I was a total newcomer to parenthood, and a newcomer to the world of adoption. I tried to prepare carefully and do everything perfectly, but of course I still made many mistakes. Recently, I have been asked for advice by several new parents, blessed by their adoptions of teenagers.

In any adoption of a child over the age of 2 or 3 years old, I think the most crucial thing is to learn the child’s language, at least a few key “mommy” words and phrases. Your child will not learn English overnight. You will need to communicate for several weeks or months before the child will be able to function in English. I took a formal class in my daughter's native tongue but even though I have a facility for languages and speak French and Italian,her language was really difficult. I finally just told my teacher that I really just wanted to memorize parent words and phrases, and she gave me a handy list. She also made me a CD, at my request, so I could pronounce things correctly. Additionally, I listened to CD’s in my car, although they were of limited value because they were aimed at travelers. I finally found a set of professionally produced CD’s aimed at parents, but I didn’t think the phrases they taught were necessarily going to be used every day – for example, “I love to see you laugh.” Using all those sources, I was finally able to cobble together a limited vocabulary.

My biggest issues with my daughter, the first year, were communication issues. I would say something, ask her if she understood, and she would say yes, but she didn’t really understand. Sometimes she would just misunderstand.

She felt very isolated, and the lack of ability to communicate was depressing to her. I tried to get her to learn English very quickly, with tapes and flashcards. However, I didn’t find out until much later that she had a learning disability, and that impeded her learning.

I think the experts say that although a child can become conversationally fluent pretty quickly if they are totally immersed in a language, it takes about 5 years to be able to function academically in a new language.

Make sure that you have available to you a translator that you can call on to help you talk to your child in their native language. I have a friend who is a translator and I tried not to call her too often, but there were several times I had to call her to translate something for me. Since my daughter was 13, my friend translated the “Birds and the Bees” talk the second day my daughter was home. I felt like she had to learn that information quickly, in case she started her period. At different times, my friend also talked to her about school, different American customs and manners, and many cultural differences. She was an invaluable friend to us.

Be prepared that it might take a while to get your child onboard with American hygiene standards. In the orphanage, my daughter was used to only changing her clothes once or twice a week, and only bathing once or twice a week. I had the translator tell her that we wear clean clothes every day, and we bathe every day and wash our hair, but she didn’t like that. I went in her room every morning to inspect her clothes, and check the laundry hamper to make sure yesterdays clothes were in there. I trusted her to bathe, and when she had been home a couple of months I noticed her hair was looking greasy, and I discovered she had not been showering every night.

Many countries have different plumbing issues than we do. Some countries children are taught that used toilet paper is to be put in a wastebasket, not flushed down the toilet. The wastebaskets are emptied frequently, but the bathrooms can still be quite smelly. As soon as I took custody of her, I told my daughter, and demonstrated [in pantomime] about flushing toilet paper down the commode. Nevertheless, she still threw it in the wastebasket for quite a while before I broke her of that habit. Many developoing countries don’t use toilet paper at all, much less flush it anywhere. You will be wise to research that before your child comes home.

Do not try to do everything with your child the minute she comes home. The over-stimulation can be very stressful and lead to moodiness or tantrums. I kept things very low-key for weeks after my daughter came home; no parties, no big groups, no crowded theatres or restaurants. My cousin had wanted to meet us at the airport with signs and balloons, and masses of cheering relatives, but I vetoed that idea. Just like with a baby, the older child needs to be in an un-stressful, low key environment, with you meeting all her needs.

Do not try to force affection on your child. Older children are often not used to hugs and kisses, and find it quite bizarre that American parents expect affection. I had to slowly get my daughter used to hugs and kisses, and kissing me. She desperately craved affection though, always wanting to sit right next to me, and sometimes leaning her head on my shoulder. Try to gradually introduce pecks on the forehead, light hugs, and whatever level of affection feels right for your family. Keep in mind, though, the child needs to ease in gradually.

Do not listen when your friends try to tell you that your child is just like an American child of the same age. I had many caring, thoughtful, intelligent friends, themselves experienced parents, who told me my daughter was just typical for a girl her age. I had to explain that no, she was emotionally several years behind her peers, and she had witnessed neglect and trauma that no American child from a middle class family witnesses. Sometimes my daughter’s reactions were perfectly normal, sometimes not. The important thing an adoptive parent must do is be able to distinguish normal kid behavior from orphan behavior, and that can be tough.

If your child has been in an orphanage more than 6 months, they will likely have at least some institutional behaviors. They may hoard food – my daughter did, keeping stale food stashed away in her bedroom, even after I warned her about attracting bugs. They may be sneaky – as in my daughter’s not taking a bath because she didn’t feel like it. Orphanage caretakers had told her if she bathed every day it would dry her skin and hair out and she would look awful. The orphanage child may be incapable of sleeping in a dark room by herself at night. Even now, my daughter needs a large lamp on, and the radio, and the door left open. So does my son. When they were small and with their birthmothers they had been left alone at night. So they are quite fearful, and may not grow out of it.

My daughter always asked me, right at first, if she could go to the bathroom, every time she had to go. My son did the same. Now, they both just go, no permission needed. They each asked permission to eat anything in the kitchen, until I got them used to getting snacks for themselves. My daughter got me started on that. I make sure there are always healthy snacks around, like bananas, raisins, cheese, etc.

Expect the child to be resistant to American food. My daughter ate everything in sight when she first came home. Only later did she become picky. My son didn’t want to eat much when he came home, sometimes outright refusing to eat even a small meal. I finally questioned him and found out someone at the orphanage told him everyone in America was fat, and he would probably get fat! Both kids prefer soft meat to hard or grilled meat. They like things like baked fish, meat loaf, and soup, much more than grilled or fried foods. Find out as much as you can about the child’s diet at the orphanage, and try to switch them gradually to an American diet. Be prepared for the child to either gorge themselves with food, or completely refuse it, at first.

The most important tip I can give you is this: Educate yourself. Read everything you can about kids adopted from orphanages, the customs of the country your child is from, other parents’ experiences, etc. Talk to other parents.  Ask your agency about other parents in your area that you could speak with about your child. If necessary, form your own support group.

Educate yourself about your child’s educational needs. Older adopted kids are typically 2+ years behind their peers, due to language differences and poor education. My daughter was sent to a poor village school, and since her learning disability was undiagnosed, never retained much of what she learned. My son was a good student in Kazakhstan, but his birthmother never sent him to school, and he had only completed the 2nd grade when he turned 11 a few weeks ago. I have had to get my daughter tutored in a home school situation. You must help your child learn English, after first testing them in their native language to find out a baseline of what they know. You must advocate with the teachers and the school, and find the best school to address your child’s needs. This can be a daunting task, depending on your financial situation.

Make sure your child understands you are family now. Problems are solved by families together. These are some things I’ve had to teach my children: Children are not punished for eating too much, or getting hurt on the playground. They will always be cared for, not left alone. I won’t get drunk and neglect them. There are so many ways a real family is different from an alcoholic, neglectful birth parent or orphanage caretaker, and you need to explicitly explain this to your child, using a translator if necessary. My daughter was amazed that I cared about her homework, made her eat meat, made her brush her teeth, etc. She had no clue about being in a family, and it’s been a learning process for me to know what to teach her, and for her to learn how to trust me to care for her.

Love is a starting point for a happy, well-adjusted child. Love your child, but recognize you have to educate yourself and forge your own particular strategies for your unique child. Recognize behaviors you can change, and when a professional needs to be brought in.

Orphan Hosting - Where do you stand?