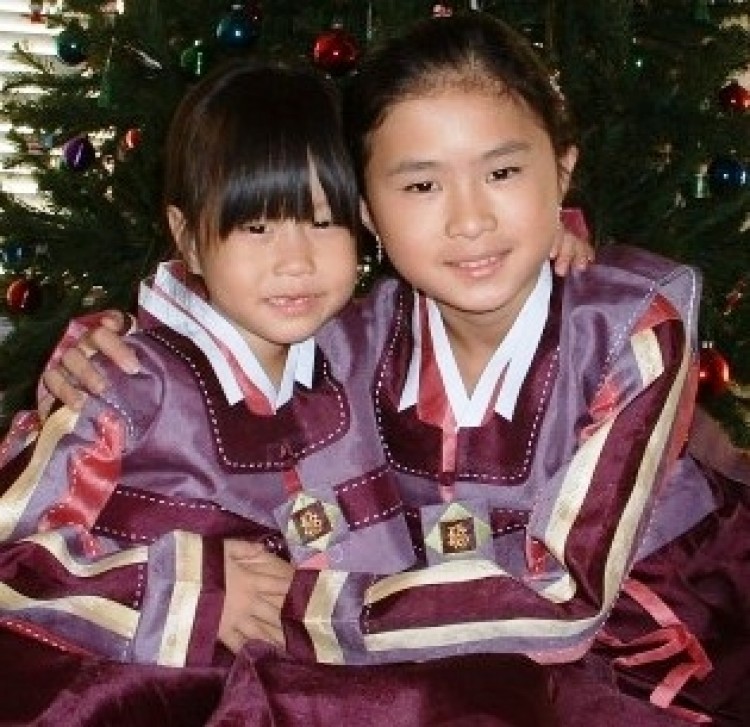 “Mommy I really want a little sister!” This was becoming a weekly request from our then four-year-old daughter, Jordan. (Actually, her request was 10 little sisters!) In my heart, our family was complete. My husband and I were blessed with three wonderful biological sons and our beautiful princess, Jordan, who we adopted from Korea in 1995, the year I turned 40. Yes, life could not get any better than this—or so I thought.

It was July 1999 and Jordan and I were driving home after attending her first day at Dillon International Korean Heritage Camp when the conversation that would change our lives began:

“Mommy, did I tell you I wanted a little sister?”

“Can I have one? How about you and I pray and ask God what He wants us to do? OK, Mommy?”

“Now Jordan , we have to accept His answer, whatever it may be because God knows what is best for our family, OK?”

“I understand, Mommy. Can we pray now?

We continued our drive. A short time later, Jordan pipes up, “Mommy, He answered me.”

“He told me it was OK with Him if we adopt a little sister, but now it was up to you and Daddy.”

I believed every word she had just spoken to me.

I was 44 years old (too old, I thought, for the Korea program). We had no money to adopt and had not planned to adopt again, but once again, we were following our faith and our hearts. After all, God had told Jordan it was OK with Him.

We considered the domestic adoption of a bi-racial child, and I started looking at pictures of waiting children on the internet. One day in November 1999 my sister and I were looking on the internet and came across the Rainbow Kids website. We were drawn to a picture of a little girl with a sad face and a crochet hat. I read her history, noted that you could not be over 45 to adopt her, and knew she was in Korea . She also had more special needs than I felt we could handle. Meanwhile, I could not get started on the domestic adoption application: My heart was in Korea .

On December 10, 1999 , I took the morning off from work and Jordan and I stopped by Dillon International to drop off Christmas cards and pick up a copy of our old home study. Dillon's Korea Program Director, Duk Kyung Um, and Heritage Education and Travel Programs Director, Beverlee Einsig, greeted me. When we told them the reason for our visit, they looked at each other and asked if we would be interested in a boy with minor special needs from Korea ? I said I would talk to my husband. A couple of hours later, I received a phone call from Duk Kyung saying that she had an eight-month-old girl with some special needs. Would we be interested in seeing her video? A girl! I grabbed Jordan 's hand and we were gone again. A few minutes later, Jordan and I watched the video of a beautiful little girl who looked very familiar to me. Jordan and I said, “We want her!” They advised me to talk to my husband first (even though I knew he would say the same thing!). As we were walking out of the door, Jordan said, “See Mommy, I told you God said it was OK!”

I wondered why that precious little child looked so familiar to me. Did I dream about her? We accepted our new daughter's referral feeling so blessed and honored that God had chosen us to be her family. A few days later, I sent my sister a picture of our newest daughter, Cameron. She called me, screaming with excitement, “Elaine it is the little girl on the Rainbow Kids website! The little one with the hat!”

I immediately knew which child she was talking about. Since it had only been a couple of days since we had accepted her referral, I took a chance that she would still be on the website. There she was! The pretty little girl with the sad face and crochet hat. The one I initially thought would be impossible for our family to adopt was now our precious daughter. The picture on Rainbow Kids was our referral picture.

I know without a doubt that God's fingers were in this process the whole time from the time He spoke to Jordan until the seed was planted in my heart when I saw her picture on the Rainbow Kids website. Today that little girl, who began life with some significant special needs, is our Cameron. She is healthy, beautiful, funny, and a very smart seven-year-old.

I often think of the blessings we would have missed if we had not listened to God calling on us. Through the prayer of a child, a seed planted by a picture, and God putting us in the right place at the right time, we are forever blessed.

About the Author: For the past four years, Elaine has worked in Dillon International's Heritage Education and Travel Programs Department helping other families celebrate the birth heritage of their internationally adopted children. She and her husband are presently in the process of adopting their third daughter, Kennedy Grace, from Vietnam .