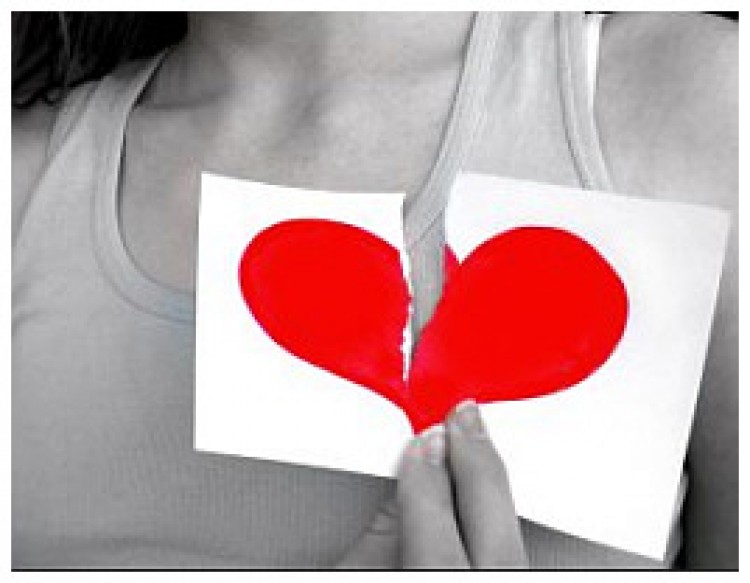 In a most appalling and revealing series of articles appearing in print this week and on NBC and The Today Show, Reuters' reporter Megan Twohey chronicles a profane system of families failing, and children suffering. The Child Exchange: Inside America's Underground Market for Adopted Children focuses on online yahoogroups and a facebook page that exist to privately match families in crisis and their children, with families who are open to "adopting" (or simply taking possession of) these children.  Referred to as "Re-homing" in the article, these acts of desperation are in many cases illegal, immoral, and result in devastating outcomes for the children.

Some adoptions fail. This is not a secret kept by agencies or other adoptive families.  Despite support groups, post-adoption supports, counseling, education, and mentors for families who choose to adopt children in the higher-risk groups for difficulties (older, special needs, sibling groups), there is a percentage of adoptions  that do not have a positive outcome.  In many of these cases, the resources are lacking or under-utilized.  In other circumstances, the needs of a family outweigh any intervention.

The Child Welfare Information Gateway has an excellent publication that meticulously cites studies on Adoption Disruptions and Dissolutions, making it clear that it is most often a combination of factors involving the adoptive parents, the child's age-at-adoption, history and behaviors, and the supports and adoption-education offered to the family that contribute to a failed adoption.  These aren't excuses, they are factual studies conducted with the intent to improve the outcome for adoptive families.

The term disruption is used to describe an adoption process that ends after the child is placed in an adoptive home and before the adoption is legally finalized, resulting in the child’s return to (or entry into) foster care or placement with new adoptive parents.

What is dissolution?
The term dissolution is generally used to describe an adoption in which the legal relationship between the adoptive parents and adoptive child is severed, either voluntarily or involuntarily, after the adoption is legally finalized. This results in the child’s return to (or entry into) foster care or placement with new adoptive parents.

A distinction must  be made between the legal dissolution/disruption of an adoption, and the private 'advertising' or 're-homing' of children by their adoptive families (without legal oversight) as demonstrated in the Reuters series.

One is a legal process, made in the best interests of the child. The other is child trafficking.

Both of these situations (legal and illegal family dissolution) exist. Legal Dissolution/Disruption is a family-in-crisis working through counseling, support sources, and finding that the child in their home and care has needs that go far beyond their abilities.  It is HARD to dissolve an adoption.  A family, often a good family, may spend years trying to stay together and make things work.  Many states lack a legal process to dissolve an adoption.  Birth and adopted children are treated identically from a legal stand point (as they should be).  The legal dissolution of a family bond may not be possible.  Children cannot be ‘put into fostercare’ voluntarily by a parent, as many in the general public believe is an option.  The lack of mental health services, interventions and supports can leave a family in crisis feeling desperate and without direction.

Vulnerable children, families in crisis, little oversight, and human-predators are a combination leading to disastrous results.  The Reuters series focuses on Nicole Eason, a perverted manipulator who preyed on families in despairing circumstances.  After having her biological children removed from her custody, Eason and her criminal boyfriends/husbands moved from state to state, eventually obtaining guardianship of 6 different children.

The article concentrates on Eason and several families who privately sought new families for their children through the internet, using various Yahoo groups.

The term 'Family Recruitment' is one used by agencies and child-welfare workers seeking families interested in adoption.  Legal adoption agencies and social workers in state systems use various methods to locate families. These may include websites, media, and other forms of advertising.  The methods used are really not so different from families seeking out other families.  It's what happens after a family is found that matters the most.

The Home Study
In a legal adoption process, a family interested in adopting a child enters a legal system or contract that will require an Adoption Home Study.  A home study includes criminal background checks, home inspection, counseling, education, and a thorough vetting of an interested family or individual who wishes to parent a child through adoption.  It also evaluates a family and their ability to parent children with different needs.

Unfortunately, the families highlighted in this series did not utilize the services of a legal child-placing agency.  They acted alone, using internet groups that offered no screening or vetting of interested families.  And as highlighted by this series, children were hurt.  There is absolutely no denying that.

But again, adoptions DO fail sometimes.  An interesting fact about the 261 cases Reuters used to compile their report on "America's underground market for discarded and adopted children" was uncovered by Dawn Davenport, founder of the website Creating a Family.  After digging through the cases, Dawn discovered that many, in fact most, involved families who were working with licensed adoption agencies.  Which means that interested families would be required to have a background check and homestudy.  This revelation is given only to showcase that the "market for illegally traded children" may be much, much smaller than the Reuters series of articles leads readers to believe.  That the actual problem with families going outside the law and anything ethically imaginable is one that can be solved. We can reach these families in crisis and offer hope, support, and options that are in the best interest of the child.

As a child-advocacy worker who has continually mandated for families to work only with licensed, accredited, and thoroughly vetted adoption professionals, the frustration that a process still exists within the USA where children can pass from one family to another without any supervision is infuriating.  Any family wishing to obtain guardianship of a child should be required to go through the home study process. A process that can only be completed by a licensed social worker or adoption agency.  A permanency plan should be created that includes supervision.  The Reuters series of articles highlights the deplorable reality of laws skirted, unenforced, or not in existence.

These atrocities did happen. They need not be repeated.  We can all agree that new laws on the guardianship of children, adopted or biological, must be considered and put into practice. Child trafficking is unacceptable, and preventable.

Currently, families in crisis have limited options.  There is work to be done. Some improvements that can be made to help families:

When all else fails:
A family's first outreach should be to their original adoption agency, if at all possible.  There are some families who report feeling insecure about taking this action. They fear that their state child welfare officials may become involved with their family (and there may be a risk of losing custody of their other children).  In truth, adoption agency personnel are mandatory reporters who are obligated to report suspected abuse to officials. However, an agency should not be feared. They are trained professionals and capable of offering support and recommending resources to families who are struggling.  This isn't always an option. Agencies close their doors, or the relationship between family and agency may become strained. Again, sharing resources with existing government-funded programs is an option that could be made available if additional funding were implemented.
Agencies that work with families wishing to disrupt/dissolve their adoptions do exist.  It is not the practice of RainbowKids to refer families directly to specific adoption professionals.  A web search and diligent research by the family into an agency's reputation and background should be conducted. Please also see our resource list directly following this article.

Collateral Damage:  All Adoptive Families
Most adoptive families are just like biological families. We love and cherish our children. These children who come to our families from difficult backgrounds are our most precious gifts.  As both an adoptee and an adoptive mom, reading these articles was deeply disturbing and painful.  I hurt for the children who have suffered, for the families who feel such hopelessness, for adopted children who ARE thriving and now must face adults and peers who may now perceive that this is the "norm" for adoptive families.  That we do not love our children, that we give up and trade them like commodities when things get difficult.  While the Reuters series of articles may shed light on a terrible, tragic, and deplorable practice, it simultaneously has warped or even confirmed in the minds of the general public that adoptive families are very different from 'normal' families.

A Compassionate Response
As adoptive families, we become spokespeople for adoption by default.   When programs air on TV or atrocities are published online, our friends and families look to us for a response.  It is understandable to be outraged. We should be outraged for the children who have suffered.  But I appeal to every parent when I say: Our children are listening.

Our children are looking to us to make sense of the questions being asked to them by adults or friends.  Comments such as, "YOU sure are lucky! Your parents will never sell you to a stranger!" can be overwhelming and confusing.  Or imagine a classmate saying, "You're adopted? Do your parents do bad things to you? Do you sleep in their bed with them?"  It happens after this kind of publicity.  It can get ugly.  Modeling good behavior and replies can help our children form a positive identity and meet the challenges presented by uninformed people. It may be time to invest in the WISE UP Powerbook, which empowers children to answer difficult questions about adoption.

In public: Less is Best.  Once the conversation has started (in front of your child), you no longer have control over what others will say.  A simple, "Yes, I did read about those very rare instances. What happened to those children is deplorable.  I only wish there were such an in-depth article on the high-success rate of most adoptive families" is an easy response, followed quickly by a change in topic.

Change is necessary.  We must build more supports for families in crisis. In the worst-case situations, we must also provide safe-haven for children and a process to provide permanency for all children.

To add your voice to the conversation, visit the RainbowKids Facebook page today:

Martha Osborne is an adoptee, Mom to 5 talented and amazing daughters through adoption, and proud stepmom to 3 wonderful boys (now young men).  RainbowKids was founded in 1995 for the purpose of helping families learn more about adoption.  Realizing that healthy young children easily found families, the focus of RainbowKids narrowed to educating families about the adoption of special needs children.  Within the last few years, RainbowKids has branched out to support humanitarian programs that work to keep children in their birth families, and the support of programs assisting children to receive medical surgeries and therapies within their home-countries.  RainbowKids has never accepted a single dollar of support from any adoptive family.  We dedicate our work, and love, to the most vulnerable: children in out-of-home care.  At no time, in nearly 2 decades, has RainbowKids ever worked directly with families to place children.  We respect the legal process, and the supports offered, through licensed and accredited adoption agencies.