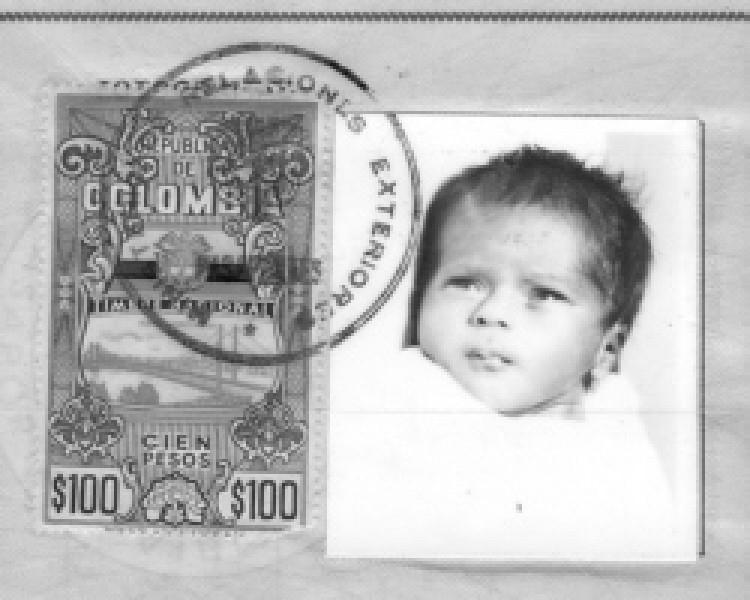 Rosa awoke to a dull pain in her back. She brushed her long black hair away from her face. This wasn’t how the holidays were supposed to be. Her dark brown eyes stared down at the poncho that covered her. Nothing was right. Not her feeling of sadness, or the pain, or the date, December 23rd. This was a time of happiness and excitement in Bogota, Colombia. In the past, she would have been looking forward to the next party. Now she dared not think of what might be wrong with her. In the cold, unheated room that she shared with her mother, she covered her head with her poncho and prayed that her unhappiness and her problems would disappear.

The pain returned, stronger this time. Thank goodness she was on her winter break. She didn’t have to get up and go to school. She had started secretarial school full of energy. But as time went on, she drew away from her classmates. Actually, she had kept to herself for months. She had broken up with her boyfriend and stopped going to parties. She couldn’t bear the food, the smoke, and the noise. No one came to visit her anymore. She wrapped herself tight in her poncho. It warmed everything but the ache in her heart and the worry in her mind.

The pain subsided. Her body relaxed, yet her mind was in turmoil. She had worked alongside her mama in this beautiful house ever since she could remember. She knew every inch of the floors, furniture, china, and cutlery intimately. The family they served were kind people who took care of their basic needs. As long as she could remember, she wanted to succeed at something that would help her mother rise above their situation. She dreamed of a little apartment that they could call their own. When she decided to go to secretarial school, it had been Pilar, the lady of the house, who had indicated which families her mother could ask for help with tuition. Rosa had completed the first half of the course. Now she was on her winter break, trying to help her mother around the house as much as possible. She was always tired. She knew that her mother had noticed the change in her. She had tried to take Rosa to a doctor, but when she refused, Mama said that the girls at her school must have been bad influences. “You’re gaining weight and getting lazy!” That hurt Rosa’s feelings.

The smell of coffee wafting from the kitchen told her it was 6AM. She knew her mother was cooking eggs and corn tortillas for the man of the house before he left for his office. A new pain settled in her stomach Rosa struggled to sit up and catch her breath. Another pain coiled around Rosa’s body like a snake. She wouldn’t let herself think about what was causing this pain. As it intensified, she shuffled downstairs and told Mama to make an appointment with a doctor. Pilar was in the kitchen and offered to drive her there.

By the time they got to the doctor’s office, Rosa was in tears and in anguish. Pilar insisted that the doctor see Rosa immediately. After a hasty examination, he told Pilar to take Rosa to the hospital and jumped in the car with them. By the time they got to the hospital, he knew he had diagnosed correctly. Around midnight, Rosa give birth to tiny infant twin girls. The two older women, who had been with Rosa everyday, looked at each other in amazement. “Why didn’t I know?” Rosa’s mother said, “She is the light of my life! Why didn’t she tell me?” Pilar answered, “She was in denial. She didn’t want to disappoint you.”

Rosa’s mother was too shocked and surprised to be disappointed, but she was concerned. On one hand, she felt a great sense of relief that her daughter didn’t have a long-term medical or emotional problem. On the other hand, the birth of these babies was a responsibility she hadn’t anticipated. Yet a Christmas birth was a happy sign. Perhaps God had a plan that was yet to be revealed. But what were they going to do? After many tears and discussions with the doctor and Pilar, mother and daughter decided that adoption was the best plan for the infants. Three days later, the mother and grandmother entrusted the care of the infants to the first adoption agency in Colombia, Casa de la Madre y el Nino. They explained the paperwork and the legalities. “Let us know as soon as you find a family,” Rosa said as she left the agency.

Five days later, Rosa was told that a couple from the United States was coming to adopt the babies. America! Rosa was thrilled for the infants. Nearly everyone she knew wanted to live in the United States. But what could she bring her babies before they were gone from her life forever? Then she thought of two remarkable gifts. She counted out the money she had saved for Christmas and got on a bus to Casa de la Madre. When Rosa met the director, she said, “I named the babies after myself and my mother. Now they have an identity. Here is the money for their passports.”

“You don’t need to do this, Rosa, the new parents will pay for the passports,” the director said.

“I want to,” Rosa said. “This is all that I have…and all I can bring them. It is the best farewell gift I can think of.”

What became of the twins in the United States is chronicled in Butterflies in the Wind; the Truth About Latin American Adoptions,” iUniverse. http://www.iUniverse.com Bookstore.