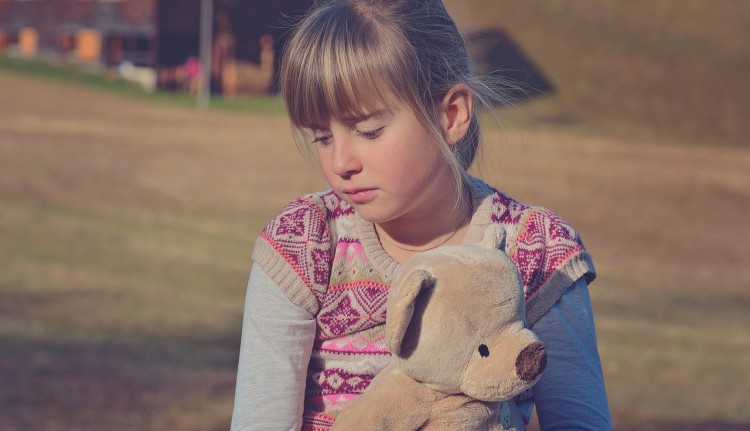 Criteria for PTSD now include age-specific features for some symptoms.

Elementary school-aged children may not experience visual flashbacks or amnesia for aspects of the trau- ma. However, they do experience “time skew” and “omen formation,” which are not typically seen in adults. Time skew refers to a child mis-sequencing trauma related events when recalling the memory. Omen formation is a belief that there were warning signs that predicted the trauma. As a result, children often believe that if they are alert enough, they will recognize warning signs and avoid future traumas. School- aged children also reportedly exhibit post-traumatic play or re-enactment of the trauma in play, drawings, or verbalization. Post-traumatic play is different from re-enactment in that post-traumatic play is a literal representation of the trauma, involves compulsively repeating some aspect of the trauma, and does not tend to relieve anxiety.

Other Signs of Trauma in Children

Besides PTSD, children and adolescents who have experienced traumatic events often exhibit other types of problems... fear, anxiety, depression, anger and hostility, aggression, sexually inappropriate behavior, self- destructive behavior, feelings of isolation and stigma, poor self-esteem, difficulty in trusting others, and sub- stance abuse. Children who have experienced traumas also often have relationship problems with peers and family members, problems with acting out, and problems with school performance.

Another Appeal for Baby Cohen

What You Should Know About Transitioning An Adopted Child To School