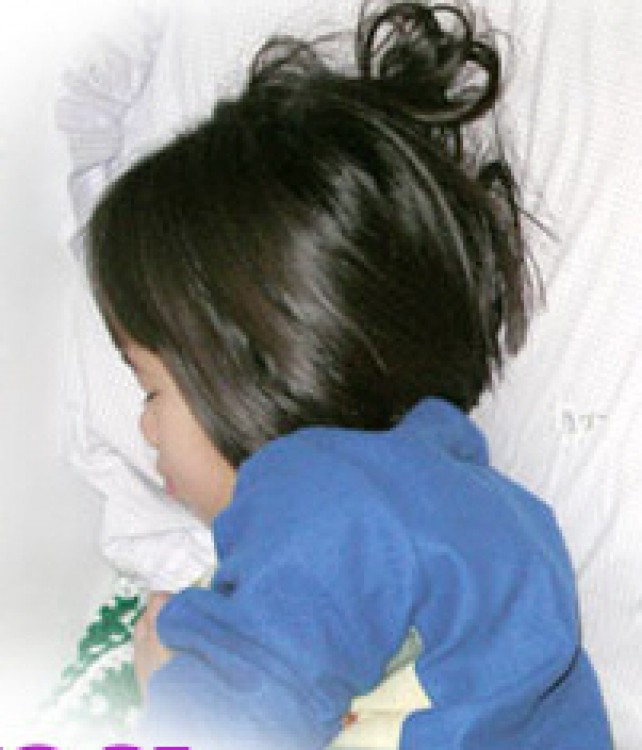 My eyes slowly open as I surrender to the morning light streaming in through the bedroom window.

Except for the snoring of our golden retriever on the couch, the hum of the refrigerator and the drip of a slow leak in the guest bathtub, the house is quiet.

As my thoughts begin to focus on the day ahead, I realize that I was not awakened once all night long. I thought, "Wow…what a concept.. a full night's sleep."

At that moment I wanted to wake my wife, Marlene, to share with her my realization. "We made it!" For the first time in months we had a full night's rest.

But the painful reality was, we had had a couple of quiet nights in the past, only to go the following weeks with two to four hours of sleep per night.

It started in China when we adopted our 11-month-old twins. Bedtime was torture. They fussed, screamed or cried for hours. Eventually falling asleep only to wake in the middle of the night to start all over. We expected adjustment difficulties in China so this was not a surprise.

But even well over a year after returning to St. Louis the sleep issues were continuing. With time our minds were mush. As Marlene would say, "I am so tired the walls are moving."

For months the two proven sleep techniques we tried were:

and then leaving the room

- Letting them cry it out. (They could scream for hours) Nothing was working. We needed help.

I do not know if it was stubbornness, pride or just the sleep depravation but we needed this help long before we sought it out. I now tell parents who have similar sleep issues, "don't wait-get help."

We met with Nancy Birkenmeier R.N. at the St. Luke's Sleep Medicine and Research Center in Chesterfield, Missouri.

She grimaced as we told her our night-time horror stories. Our greatest fear was that something was wrong with our children. They were perfectly normal by day, but monsters by night. What had we done?

Birkenmeier concluded that our sleep problems were created by adoption trauma coupled with a lot of behavioral manipulation. Since we had been suffering so long, she went straight to her "no more messing around method" used with difficult hard-core cases.

It was a six week plan that involves sleeping in the same room with the children.

Marlene started sleeping on an air mattress between the girls' two cribs.

As they began their nightly routine, she would reach up to touch them and in a monotone voice say, "I'm here, I love you" and then lay back down.

Over the course of the first night the noise was less in volume and length.

Every night during that first week my wife was sleeping more and so were the girls. Fourteen days into the plan, she would start staying in their room every other night. Then the following week every third night with the eventual goal of the girls not needing her in the room at all. It worked! We started sleeping through the night. But why?

The girls got two things. First a secure feeling that we were always "there" for them. Second and most important, they were bored with the response to their behavior. It was the exact same boring phrase every time. In other words, in their little two year old minds they are thinking, "this is no fun…I'm going to sleep."

Some sleeping plans that work for a biological child may not be suited for a child adopted internationally.

One of our methods of not responding to our girl's screaming may have made things worse. Sure they are trying to get a rise out of us, but these are children who have had a major trauma in their lives. Their manipulation could have quickly turned to a fear of another abandonment.

Those feelings do not promote sleep.

Over the past three years, our family is better-off because we sought out therapy for our sleep problems. My kids are great sleepers and Marlene and I are more patient parents. I even had the energy to fix that drip in the tub.