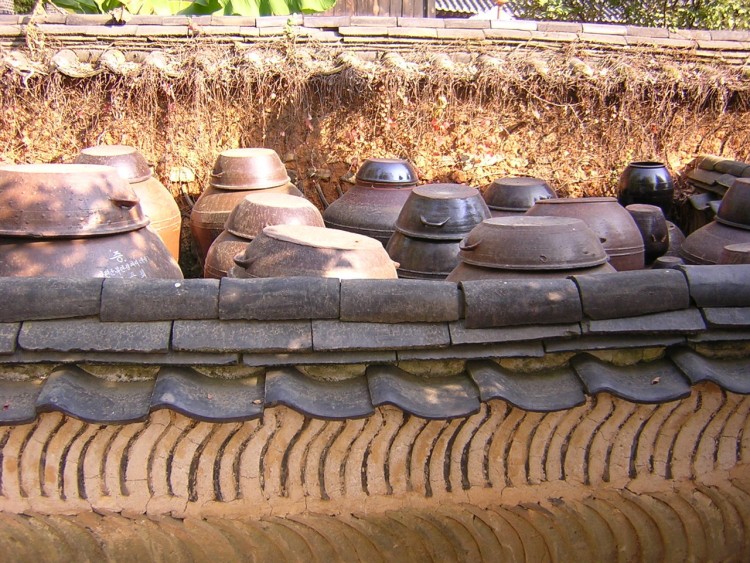 When my husband Ralf and I adopted our first child, Paul, in 1989, we knew virtually nothing about raising a child from another culture. We knew very little about Paul’s birth country, had no connections with the Korean American community, and knew few Korean adoptive families. “Unprepared” doesn’t begin to describe how little we knew about our impending parental experience. Looking back, it surprises me to remember just how unprepared we were!

That’s not to say we weren’t eager to learn. But even as recently as fifteen years ago, the focus of transcultural parenting was on the parenting more than the transcultural. The prevailing attitude at that time seemed to be to let things take their course, and to let our children guide us to the right amount of Korean-ness to weave into our family’s fabric. There is a We were taught not to “force” Korean culture on our children. Discussion of genetic ties was practically nonexistent, and not unlike other adoptive parents, we felt safe adopting from Korea because there was less chance our children’s first families could attempt to “reclaim” them. We became “tourist parents,” got more familiar with Korean history, geography, and food, but didn’t delve much deeper into the Korean American community than that. We were told that “love would conquer all,” and that made us experts.

The wake up call came when Paul arrived at Washington National Airport in September 1989. When he was placed in our arms for the first time, everyone else in the airport literally faded away. The only ones who remained were Paul, my husband, me – and Paul’s mother. Her presence was haunting – looking at him, I could picture her with the same eyes, him with the same mouth. Even if we never met, we were bound to one another in a way that no policy, social convention, or personal choice could ever change. How strange that this woman I had once feared in the abstract could become so real so quickly.

I was beginning to tune into reality, and a second experience in 1992 really opened my mind. A good friend and I had an opportunity to travel to Korea as escorts for our adoption agency. In addition to a whirlwind tour of Seoul, our itinerary included visits to my children’s birth towns – the Seoul suburb Seongnam (where Paul was born), and Jeongson in Gangwon-do (Mara's birth town).

We visited Jeongson on a sunny October Sunday. We took advantage of a beautiful day with a leisurely stroll through the town. It’s hard to explain how wonderfully ordinary Jeongson is. Apart from the gorgeous mountainous countryside that literally rings the town, there’s little else to distinguish it. We passed shops, apartments, a small hotel, the police station, city hall, and a market. Laughing children rode by on bikes, couples walked hand in hand, and music wafted out of open windows. Any one of them could have been a neighbor or friend of our daughter’s family, or even her mother herself. Leaving was painful, the thought of never returning harder still.

I realized suddenly that this place, these people could have been our daughter’s life, had circumstances been different. But they were lost to her forever. Even if she returned one day, and even if returning brought her back to her family, she could never fully regain the life she would have known there. The enormity and gravity of those losses hit hard. After just one afternoon in Jeongson, Korean people and everyday Korean life could never again be brushed aside as distant concepts. They were real – and they were very, very good.

During the adoption process, adoptive parents and adoption professionals prefer to focus on the positive aspects of adoption. Yes, adoptive parents are told about the challenges our children would face if they stayed in Korea - lives on the fringes of society, lack of family and education, probable poverty. But by and large, the discussion stays with positive topics – forever families, parenting, and the good lives our children will have with us. The role of Korean culture in the family is raised, but in terms of adoptive parent choice. We are encouraged to incorporate Korean culture into our lives, but are also told that it is really up to us. And although the subject of making and maintaining contact with our children's first families comes up, it rarely goes beyond advice to send letters and photos to our children’s Korean adoption agency files. Rarely are adoptive parents given opportunities to consider more open adoption experiences. Although they do occur with somewhat more frequency now, they are certainly not the norm.

The adoption community generally uses the fact that children gain a family as the primary justification for intercountry adoptions. It’s a potent argument – in the case of Korean adoption, loving families and security on one side, an institutional childhood and fewer life opportunities on the other. Although domestic adoption in Korea is increasing, cultural biases make its advancement slow. And with few social services available to mothers and families who place children in adoption out of financial need, intercountry adoptions from Korea are likely to continue for the foreseeable future.

But the families and material advantages our children gain through adoption come at a high price – the loss of cultural heritage and genetic connections. Yet gaining an adoptive family and maintaining birth and cultural ties don’t have to be mutually exclusive. How much healthier for the children when adoptive parents know, right from the start, that nurturing their children’s cultural and genetic identity is as important as nurturing their physical and spiritual health. And how much healthier for the parents when they understand that they are the catalysts for reconnecting their children to what they have lost.

To be that catalyst, adoptive parents must acknowledge some things that we may not have anticipated would be part of our adoptive parenting experience.

We have to accept our children as individuals and as Korean Americans. Playing down their ethnicity and ignoring first first families isn’t the way to do that - embracing their heritage and accepting that they have families in Korea is. Acknowledging our children’s genetic connections doesn’t lessen our parental status in any way, because we fulfill it when we make the choices that serve our children best. Loving and supporting them for who they are does just that.

We need to acknowledge the misfortunes that brought our children’s parents to adoption, and from which we have benefited. We therefore have a responsibility to speak out in favor of improved social services in Korea so families on hard times don’t have to relinquish their children. We must offer our support to mothers who choose to parent their children rather than place them in adoption, and we must also work toward increasing and improving domestic adoption in Korea and by Korean Americans.

We must encourage the professional adoption community to teach new parents the importance of nurturing their children’s self-esteem by nurturing their ethnic identity. Parent preparation must include the tools to do it, too: like more agency post-placement resources, earlier Korean community connections, and networking with other adoptive families. Parents should be counseled to disclose the kind of descriptive information about themselves and their families that will give their children a better sense of their genetic roots. And they should also be made aware of possibilities of increased openness, through intermediary communication and earlier reunions.

We must remember that our children didn’t choose to be taken from their families, country, language, and culture. Therefore, nurturing their heritage isn’t our choice – it’s our children’s right. I returned to Korean in 2001, this time with my family. We went to Seongnam and Jeongson, and together celebrated another step on our family’s journey. It’s hard to describe the look on our son’s face as he stood in the hospital nursery he had been in at birth, or on our daughter’s as we shopped in the market in we know her family must visit frequently. Priceless. We are planning to return in a couple of years, and who knows where the next steps will take us?

In the blink of an eye, Paul and Mara have turned 15 and 13. They still are forming their identities, sometimes trying new ones on like sweaters, other times lapsing into the same personalities they displayed as toddlers. But several things are clear: They know they are Korean and are proud of it. They know they are connected to family in Korea that we feel connected to, too. They know we encourage and support them in their search for their identities and roots. In the truest sense of the word, this is what family is all about.

First printed in KoreAm Journal in 2004, and updated here to reflect my current preference for the term "parent" or "first parent" as opposed to "birth parent."

Margie Perscheid is the adoptive mother of two Korean teens. She is active in the Washington, DC adoption and Korean American communities, and lives with her family in Alexandria, Virginia.

Our Son, Our Hero