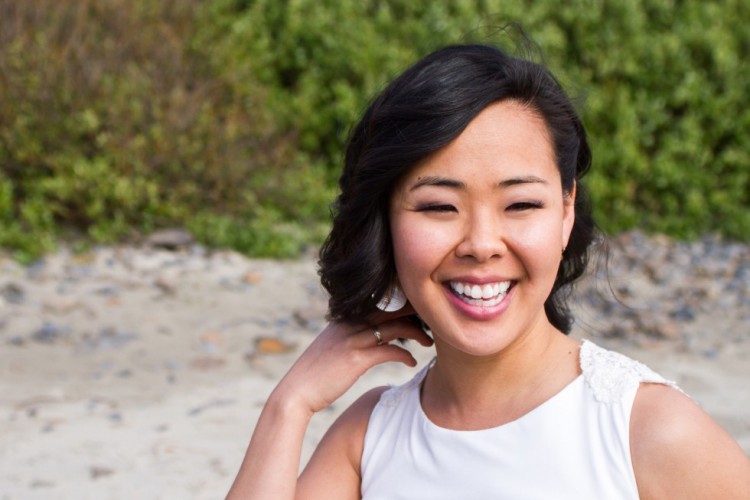 On my 25th birthday, I was in the middle of an identity crisis. It was at that juncture when I finally began to ask myself what adoption really meant to me deep in my soul. I felt as though it was time to face my reality and maybe, just maybe, it was time to find some answers.

I pulled up Holt International’s website and began to browse for information on birth family searches. I clicked on the Post Adoption Services link and panicked when I saw the fill-able information form. For some reason, it was terrifying to know a stranger would soon be made aware of my desire to search, when I was just coming to terms with it. As an adoptee, I have had to walk the line in my head about loyalty to my adoptive family and the dreaded recognition of my biological family. People have been labeling my loved ones my entire life and it is difficult to discern how merging the two would or could be accepted. In a way, it felt like I was dabbling in some forbidden territory. I finally clicked ‘submit’ and tried to ignore the regret associated with opening another unknown chapter. A few days later, I heard back from Debby Hanson, Holt’s administrative coordinator for post adoption services. Her name will permanently be imprinted in my memory because she was the one who began to educate me on obtaining copies of my domestic and Korean adoption files, as well as the birth search process. It was an overwhelming amount of information, so I put it on the back burner. Then, one day when I was cleaning out my emails, I saw Deb’s name pop up. And there it was again, that stinging desire to search. The paperwork seemed more manageable, so I took a deep breath and started writing. I felt anxious and hopeful by the time I finished.

The process of getting my domestic file was relatively easy. A lot of the documents were similar to what my parents had kept for many years. I had never shown much interest when I was young, so it was as if I was pouring over a bestselling novel hot off the press. Small bits and pieces about my biological mother and relinquishment began to surface. As I read through translated paperwork, I began to see glimpses of an individual who shared my flesh and blood. I read a short and sad account of why I was given up, and it left me feeling more curious than ever.

A couple months after I received my first file, the Korean documents followed. What I wasn’t prepared for was the additional information I was given. Holt Korea stated that a search for my birth mother was deemed possible based on their records. I had always told myself that she would never be able to be found. Holt Korea also disclosed that what I had always believed about my birth father had been falsified due to the stigma and culture surrounding unwed mothers during that time. A search for him would not be possible, as there was no identifying information left in my file. I found myself reading the summary over and over, trying to feel my birth parents through the words on my screen. It sounds odd, but that was the beginning of my grieving period over the loss of them both. I decided very quickly to initiate the search by the Korean government for my birth mother. I knew not to get my hopes up, but that is impossible to do when someone says “maybe.” I prayed that whatever the outcome was, I would be able to accept it and move forward. In the meantime, an opportunity to work for Holt in Eugene surfaced and I jumped at the chance. It was the first time in my life that I had connected with adult adoptees, some who were already on staff at Holt, and it transformed my concept of identity and the value of shared life experiences. When I arrived at Holt, I promised myself that I would do everything I could to help sustain and grow an organization devoted to helping children live fruitful and happy lives, so they in turn would have the tools and resources necessary to grow into fulfilled adults.

Four months into my new job, I finally received the news about my search. Lisa Vertulfo, Holt’s vice president of adoption services, sat me down in her office on a Friday afternoon and delivered the inconclusive result as best she could. I hadn’t been at Holt very long, so I felt uncomfortable openly expressing the devastation and disappointment I felt in that moment. Telegrams had been sent to my birth mother’s last known address, but the address was very dated and potentially not even accurate. There was no response, and over the last 27 years, my birth mother never attempted to contact Holt Korea to search for me herself. I remember walking to an empty office, collapsing on a chair and just sobbing.

Through social media and the Holt adoptee community, I had heard several adoptee reunion stories at that point. My perception was that adoptees my age were having better luck than ever finding their first families. But the truth is, those are the stories I just held onto the tightest — hoping I would one day share in their experience. For those of us who have searched and failed, it is no wonder that we might be less likely to share that information. How do you explain to other people when your heart breaks for someone you’ve never known? It’s a tough reality to face when the first person in the world who had a stake in your life, gave you up. It’s also a tough reality when that same person is unable to be found. The complexity of adoption spans an entire lifetime. The truth is we don’t always get what we want, even if it is what we need.

What I have learned is that sharing my grief, confusion, frustration, hope and gratitude has given me the freedom to live my life authentically. I used to ignore the insecurities that stemmed from my adoption and that led to a shallow understanding of all that I could be. Even today, I am continuing to shape my identity so that others may be able to learn something from my journey. One thing I wish my birth mother could know is that her choice did not merely impact me. It will have a generational impact on my children, grandchildren and great grandchildren. I do not regret searching for her. And maybe, someday when I am ready, I will search for her again. If I never have the opportunity to meet her, I do know one thing is certain: she is the first link to my Korean origin and because of that, she will always have a piece of my heart.