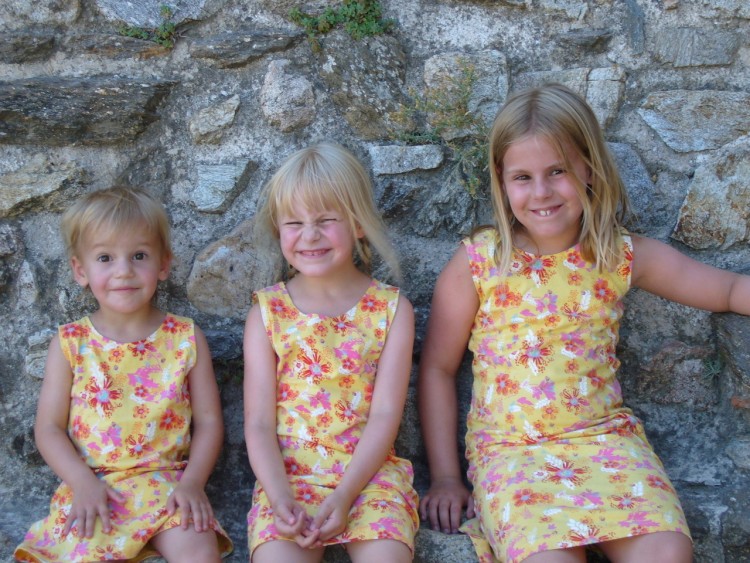 Laura will be the first to tell you, they had no idea they'd be parents to four adopted daughters. “We knew we wanted to expand our family. And Molly, our first daughter, kept asking about a brother or sister. It wasn't until the end of 2003 that we finally decided to put our minds to it and call our adoption agency to put the process in motion.” They decided that this time, they'd try international adoption.

Laura  explains how the opportunity to adopt three girls, ages 2, 4 and 6, was presented to them. “We got a call from our social worker. She knew we were looking for a child close in age to our seven-year-old daughter Molly, and she knew we were open to the possibility of a sibling group, if one were available. So I guess she figured we might be interested.”

Laura and husband John where told about three sisters living in a private Moldovan orphanage. They weren't even sure they knew where Moldova was. “After seeing the referral and learning more about them, we began to seriously consider the possibility.” It wasn't until the they felt more certain about the idea that they shared their thoughts with Molly. “The very first thing we did was ask, if she had her wish, how many sisters would she want. She thought for a moment, and said, “Three!”

Many adoptive parents say their adoption journey is one led by fate and an inevitable feeling that their adoptive child was “meant” for them. Laura and John's were no exception. Like thousands of other American families,their adoption journey took them halfway around the world to a country once part of the Soviet Union , where the people, and the girls, spoke a different language.

"Elizabeth is six and refuses to say anything unless she can say it in Eng­lish,” reports her Mom. “She is doing well with children her age in first grade.” Four-year-old daughter Kate is attending pre-school while two-year-old baby sister Colleen stays at home with Laura.

What's it like to be mom to these new daughters? Laura says there couldn't be anything better. “They are so independent. They get up in the morning and dress themselves,” she marvels. “And you won't find three children more affectionate. They're always throwing their arms around us, offering hugs."

All three girls longed to be adopted. “Instead of being upset about leaving the home they've known, the girls were so excited about going to their new home in America .” Older sister Molly is also excited about her siblings. “We arrived home at one-thirty in the morning,” says McGarvey, “and when we woke Molly to meet her sisters, her face lit up with the biggest smile. She has been so much more contented.”