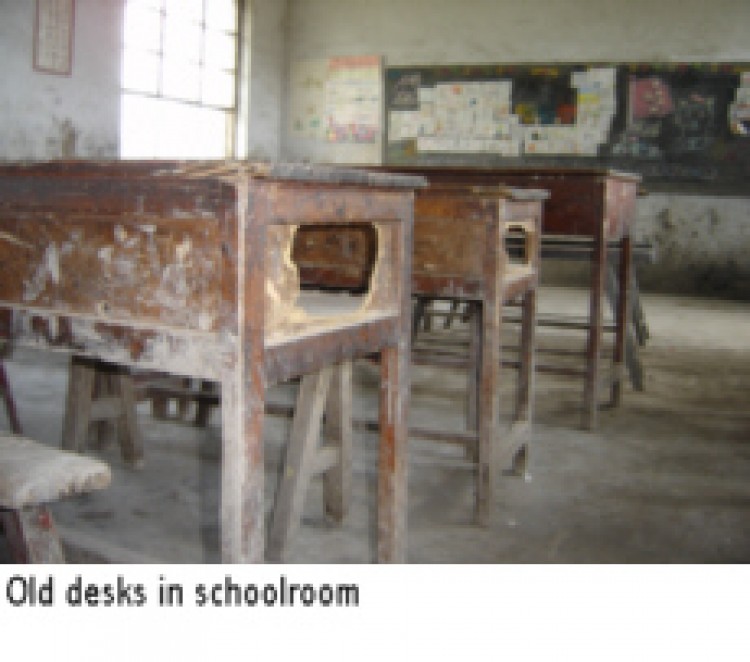 Many people have heard the ancient African proverb that “it takes a village to raise a child,” but for MJ and David Betzold, they see it the other way. “ We have not only adopted a child from China . We adopted a village, a country, and a culture.
We have a bond with the people we met in the village where our daughter was found that will never be broken,” said MJ Betzold.

It has been almost three years since David & MJ first saw the picture of their daughter, Gabrielle, who was living at the Xining Children's Welfare Institute (CWI) in Qinghai Province on the Tibetan Plateau of western China . Gabrielle had been a “waiting child” with Children's Home Society & Family Services for approximately two months. In this time, no one had come forward to adopt her. It seemed as though this adorable little girl was just waiting for the Betzolds to see her picture.

The adoption process went smoothly. MJ and David arrived in China in early January 2004. Upon arriving in Xining , they learned that their daughter was hospitalized with pneumonia. They were able to go to the hospital to see her but they could not take her with them until several days later.

While they were waiting for her to recover , MJ and David visited the village where their daughter, whose Chinese name is Leng Mei, was found. Leng Mei means “cold peach blossom.”

Soon after her birth, the village leader found her in a basket laid beside the haystack near his home. She was wrapped in a blanket with an orange-colored flower tucked neatly inside . The orphanage director heard of this story and so gave her this name.

During their visit to the village, MJ and David had the unusual privilege of meeting the foster family who had cared for Gabrielle before she was admitted to the orphanage, the Xining CWI.

The Betzolds immediately bonded with the people of the village. They had such a powerful experience that they felt compelled to give something back to the people there. During their visit, MJ and David had a chance to tour the village schoolDuring the tour, they immediately saw a way they could give back. They promised to provide new desks and chairs for 210 students. The new desks and chairs arrived at the school last September – just in time for the new school year . Even more recently, a new computer is arriving at the school in the coming weeks – just as school reopens following the Chinese New Year holiday.

Together with members of the Betzold family, CHSFS is planning a 10-day volunteer work mission to the Xining area in August 2006. Participants will visit the Xining orphanage but will spend the majority of their time painting classrooms, building a school library, and rebuilding the playground at the school in the village.

If you are looking for adventure, hard work, and a way to give back, please consider joining the Betzolds and Children's Home Society & Family Services on this volunteer work mission. For more information, please contact Ling Chow at CHSFS . You can reach her at 651-255-2240 or email her at lchow@chsfs.org