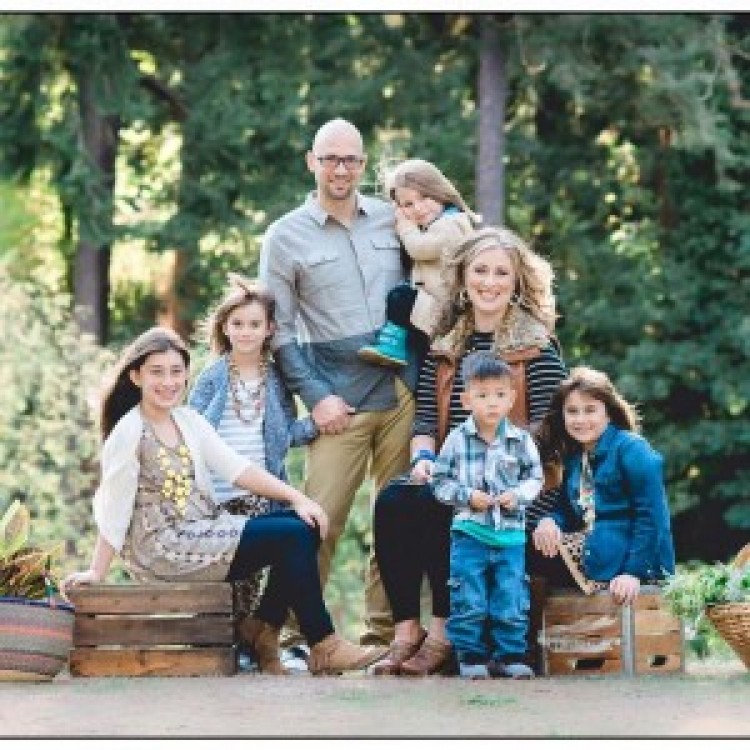 Lee and Rory's family’s adoption journey wasn’t easy. And it wasn’t short, either. But they wouldn’t have it any other way—they trusted God’s plan to bring their son home.

About 6 years ago, they begin their adoption journey, looking to Ethiopia.

“Three years in, there was a dramatic slow down on the Ethiopia side of things,” said Rory. “There were some complications and we weren’t sure if our adoption journey was over. We didn’t know if that was all God had for us or if we should stay in the program.”

Upon the recommendation of their caseworker, they decided to take some time pray about their next step and see where God was leading them.

“We couldn’t deny that the last instruction we heard from God was to adopt,” said Rory.

After they decided to pursue adoption in another program, their caseworker asked if Lee and Rory had ever thought about the China program.

“And we had never, ever considered China, but something about her words, I think the Lord just anointed her words and so it struck us and we thought, well why not China?” Rory said. “What reason do we have to say no? There are children that need a family. This was one of the reasons that we felt called to adoption in the first place.”

Just 6 months after beginning their adoption journey in the China program, Lee and Rory received a referral. Tragically, due to a mix up by the Chinese government, the child they believed would soon be their son, was adopted by another family a month before they had planned to travel.

“We were of course devastated,” said Rory. “But we kind of hung on and petitioned the government and it still ended up not working out.”

But then, they remembered that God had a bigger plan for them. They remembered His promise that, “they who wait for the Lord shall renew their strength; they shall mount up with wings like eagles; they shall run and not be weary; they shall walk and not faint.” Isaiah 40:31

“And then in April of 2014, we received another referral,” said Rory. “And so one door closed and another one opened. It was a major faith journey.”

And this time, it was their son!

“Funny enough, I had seen our son’s picture a few days before because our case manager was advocating to find him a family,” Rory said. “But my heart and my husband’s heart were way too raw to even pay attention to any waiting children’s photos at that time.”

At first Rory was thrown off by her initial lack of connection.

“It was weird because before, I instantly knew that we had to say yes. But with my son, there wasn’t that immediate emotional light bulb moment that I had experienced before,” said Rory. “And so I thought, oh man, this kid is probably not ours. But I realize now that it was probably just from being so guarded.”

Looking back, they can’t help but appreciate God’s sense of humor!

“It’s just funny because God has this great sense of humor—we started out in Ethiopia for a healthy infant, and God said, yeah totally heard those prayers and I’m going to give you a 2-and-a-half-year-old son from China,” Rory said. “And so we said yes. In October of 2014, our whole family flew to China and spent 3 weeks there and brought Ahijah home.”

“He’s perfect and awesome,” said Rory. “Our transition has been really good. Not because it’s been without hard moments, but because we were adequately able to prepare for what it looks like to bring a child home who has gone through trauma and loss.”

They’ve now been home for almost two years! And today, Ahijah has adapted better than they ever imagined. “He has changed, but we’ve changed too,” said Rory. “He’s has completely changed from the scared, traumatized little boy we first brought home.”

While their journey was so different from what they ever expected, the Lee and Rory learned that the wait was an important part of their path.

“You just have to trust that God has that child for you. God put adoption on our hearts years ago and we thought it would be a smooth ride. And it wasn’t,” said Rory. “But if we hadn’t had the time to prepare, if we hadn’t gone and connected with lots of other families, if it had been a shorter process, I don’t think our hearts would have been as ready.”

How Lou Found Her Family